DURHAM, N.C. -- On one of the first mild days in February, Duke’s Emily Bernhardt and her stream ecology team donned their hip waders and ventured out to the sycamore-lined banks of New Hope Creek. 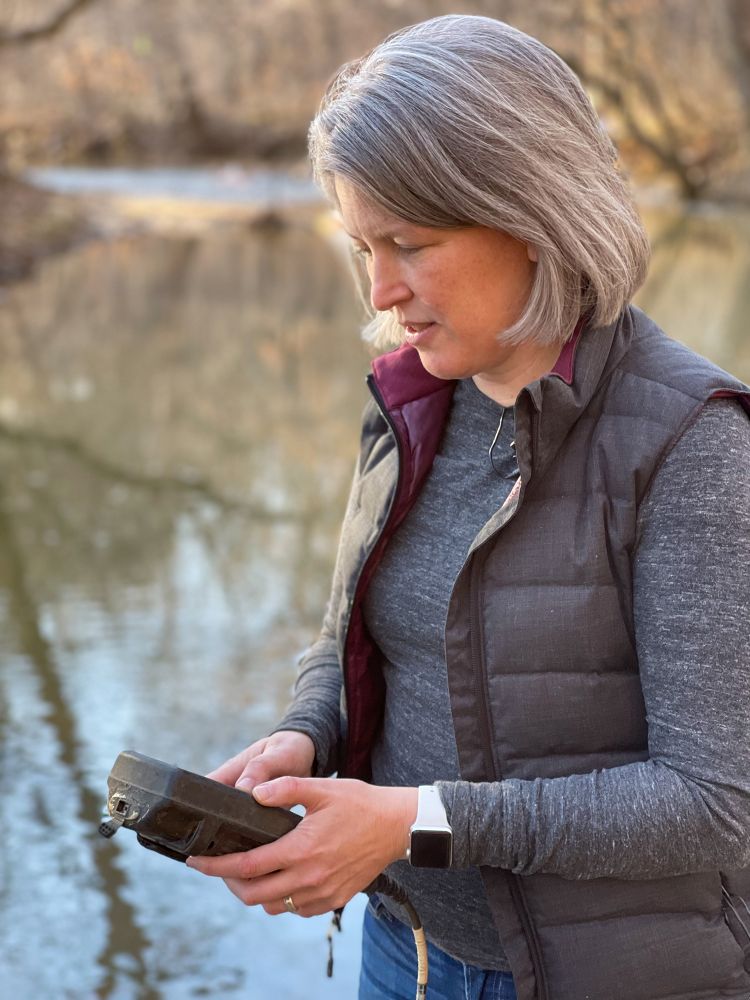 The creek snakes its way through parts of Chapel Hill and Durham before emptying into Jordan lake, the main supply of drinking water for central North Carolina.

Bernhardt waded into the shallow stream and dipped a gas sensor into the water. She and colleagues have been monitoring fluctuations in oxygen and carbon dioxide that occur as these gases are taken up and released by algae, insects, fish and other stream organisms while they go about the business of life: photosynthesizing, growing, digesting, decomposing.

“This ‘breathing in and breathing out’ of all the organisms living in a river is sort of the pulse of a stream,” Bernhardt said. “It's a fundamental measure of the energy going in and out of the system.”

Traditionally, such studies have relied on measurements of a small number of streams taken over a few hours or days -- essentially a snapshot. The difficulty is that irregularity and upheaval are the norms for streams, said former Duke postdoc Phil Savoy.

Streamflow can change from day to day and even minute to minute with seasons and storms. Organisms living in the river must contend with flows that range from a trickle to a torrent.

“On any given day you can go down to your local creek, and it might be dry, or it might be flooding over the banks,” Savoy said.

Now, thanks to modern sensor technology, scientists can automatically track stream vital signs 24 hours a day, seven days a week, over the course of weeks and months. The data are uploaded to a public web portal where anyone can visualize or download it.

“It's like having your pulse taken once at the doctor’s office versus wearing a Fitbit,” Bernhardt said.

In a paper published Feb. 14 in the journal Proceedings of the National Academy of Sciences, Bernhardt, Savoy and colleagues from nine other institutions analyzed at least a year’s worth of data from 222 rivers across the United States: winding through Arizona deserts, rushing through Puerto Rican rainforests, meandering through farmland in the Midwest.

Sensors recorded dissolved oxygen, carbon dioxide, light, and other data every five minutes day and night, through changing seasons, floods and droughts. The hope is that continuous tracking will get them closer to understanding the 'pulse' of streams, and how their ability to support life might change with land development and climate change.

Bernhardt rejoined the rest of her lab upstream where they were collecting mayflies and other bugs. There, she pulled up a fistful of fallen leaves and a rock covered in a green-brown goo called periphyton -- a mix of algae and microbes that clings to rocks and twigs in the streambed.

“This is the base of the food web,” Bernhardt said. “A lot of bugs make a living off these.”

Periphyton captures energy from the sun and uses it to grow. Insects, snails and mussels feed on the periphyton algae, and fish hunt and consume the insects.

What happens to stream life will likely depend on how human activity changes the amount of sunlight that reaches the water, and the stability of flow, the study authors report.

At New Hope Creek, leafy sycamores, beeches and sweetgum trees shade the edges for much of the year, forming a canopy that limits the light that can reach the narrower stretches of the stream.

Climate change-caused shifts in rainfall -- intense droughts or flash floods -- can dry out or blast away the algae and other organisms that form the base of the food web, Bernhardt said.

On this day, the sun-dappled water gurgling over rocks and riffles made for a placid scene. “But three weeks ago it was raging,” Bernhart said. 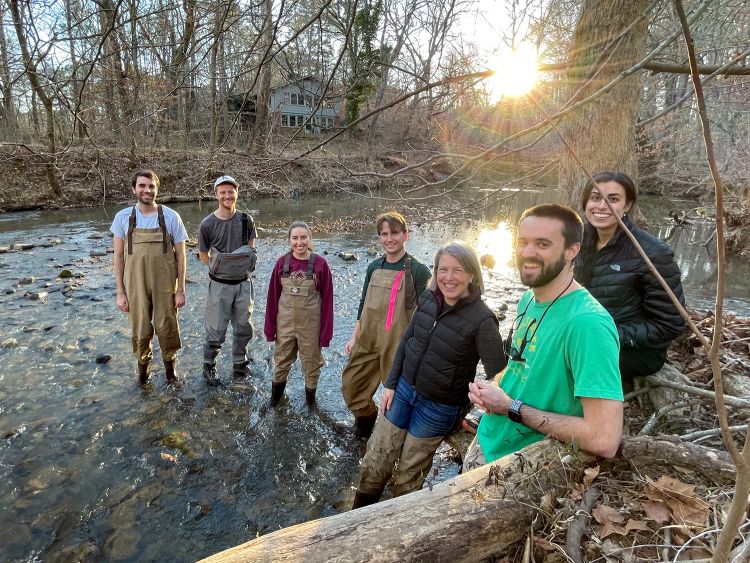