What she does at Duke: Roughly three years ago, Duke’s Occupational Therapy Doctorate Program was little more than idea. When Lindy Norman joined as the program’s first staff member, her job was to help make the vision real. 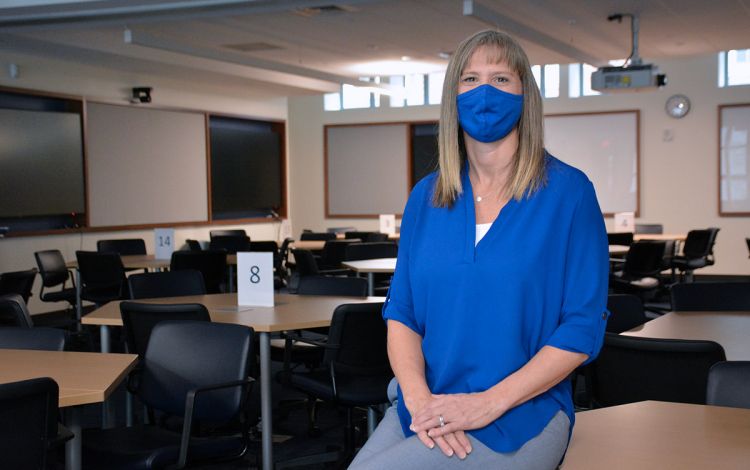 The program, which is now supported by a team of five staff, is designed to create therapists who can help people overcome the barriers that keep them from participating in the activities of daily life by making changes to their health, environment or work or living situation. In two whirlwind years – from its creation in 2019 to its first classes in August 2021 – the program developed a curriculum, gained approval from the university, earned accreditation, built a faculty and staff and found its first cohort of around 40 diverse students.

Lindy Norman was nominated by Gair McCullough, the Occupational Therapy Doctorate Program’s admission coordinator. “She is a wonder of efficiency, productivity, inclusiveness, warmth and innovation,” McCullough wrote about Norman. “Before we came on board, she was essentially doing the work of five people – talk about going above and beyond!”

Norman was at the heart of that effort, often serving as the bridge connecting the aspirations of the program’s organizers with the realities of how things get done at Duke. She helped lay out the program’s structure by talking with colleagues in other programs about what their jobs entail. Among many other duties, she also familiarized herself with how the clerical side of graduate programs work and how the faculty and student recruiting process unfolds.

“We had to start from scratch and I loved it,” Norman said. “At many points, my role was to listen to what people wanted to happen, what a perfect scenario for them would be, and try to figure out how to implement it.”

What she loves about Duke: Before she joined the staff of the Occupational Therapy Doctorate Program, Norman got to experience Duke from the perspective of a student – she graduated with a degree in history in 1995. And as a staff member in Athletics, she worked as head diving coach in the early 2000s. No matter where she was, she said she always appreciated the passion and work ethic of Duke’s students and employees.

“To be somewhere where people are always bringing their ‘A’ game is so invigorating,” Norman said. 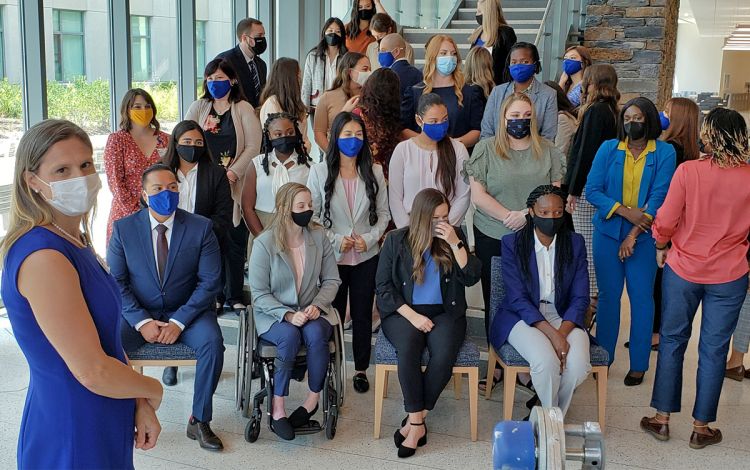 Most memorable day at work: On August 9, 2021, the first students in Duke’s Occupational Therapy Doctorate Program gathered for orientation. But Norman’s most vivid memory was the night before, when she was a mix of nerves and excitement while setting up decorations, name tags and welcome packets.

“I was so nervous, there were a lot of moving parts to everything and we just wanted it to go perfectly,” Norman said. “It was the culmination of everything we’d worked for.”

“There were definitely days when I felt overwhelmed or there was something I needed to figure out and I had no idea where to start,” Norman said. “I’d just keep repeating ‘action conquers fear,’ and that if I could just start doing the thing I was afraid of, I could just push forward.” 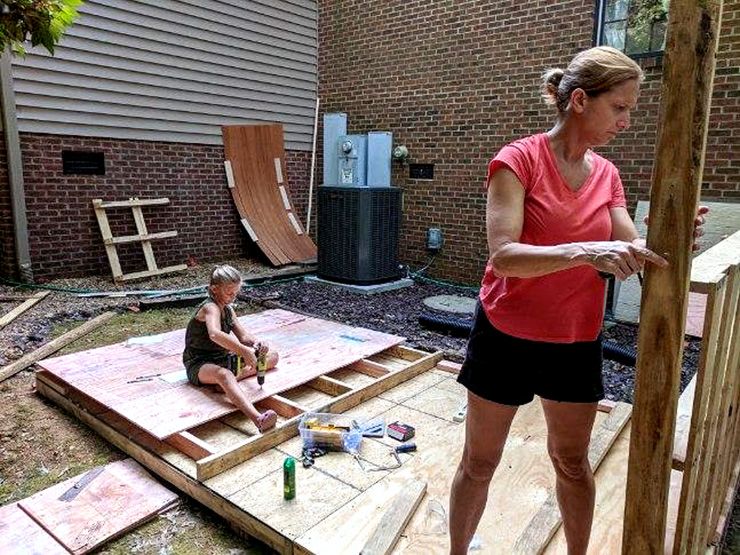 When she’s not working, she likes to: Norman can often be found in her garage, using her myriad of tools to create or rehabilitate wooden furniture, or make progress on a building project. Woodworking runs in her genes as her great-grandfather was a barrel maker, her grandfather carved ducks and her father was constantly working on wood projects in the family’s basement.

“I’m not that good at it, I just enjoy it,” said Norman, who recently redid her bathroom and built a cabinet for the laundry room. “I just like to play with tools and see if I can figure things out.” 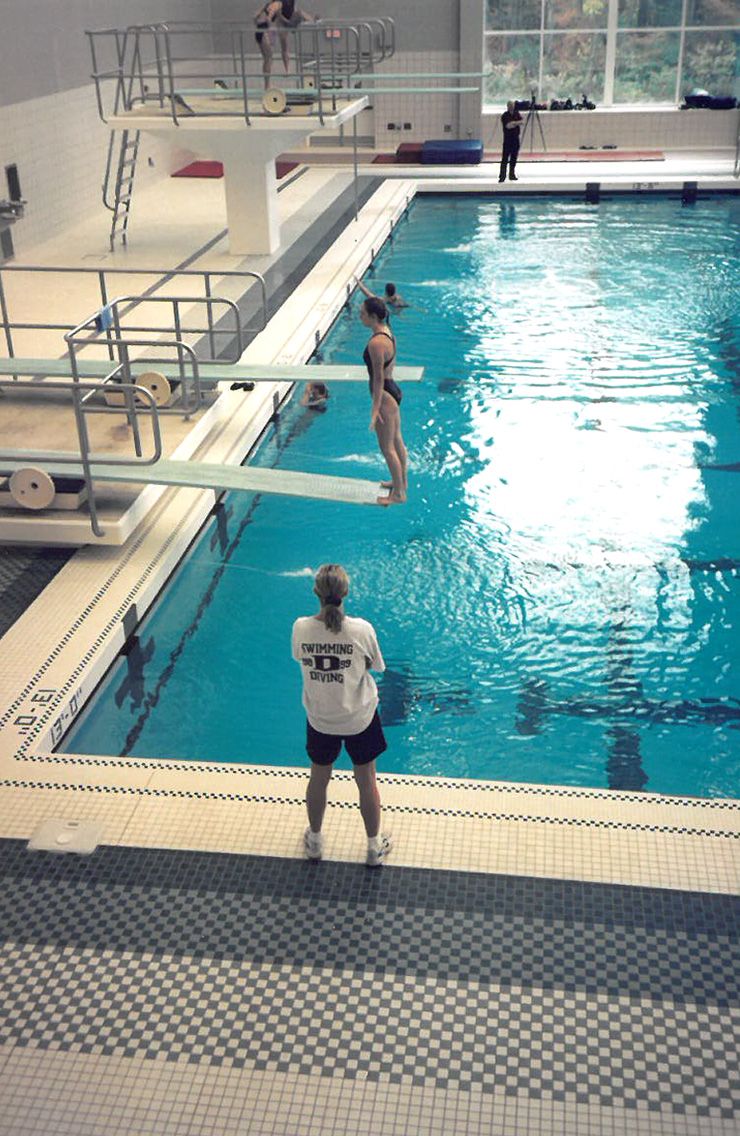 Something most people don’t know about her: Norman first came to Duke in 1991 when she joined the women’s diving team. As a diver, and later a coach, Norman loved the way diving forces competitors to push the limits of their own ability and mettle, and solve the puzzle of how to complete complex dives.

“I’ve always liked a good problem to solve and diving is like that,” Norman said. “The most rewarding part is when a diver and I could solve that puzzle together.

Lesson learned during the pandemic: Norman said the challenge of helping build a new program while working remotely underscored the value of blending flexibility and productivity.

“What impressed me most was how productive our team was as we pulled off the start of a new program,” Norman said. “True professionals will get the job done.”