Kyle Cavanaugh, vice president for Administration, has announced he will retire on September 30, 2022, after more than 13 years at Duke that have seen extraordinary growth in employment, expansion of campus operations, and recognition for the institution as a best place to work.

Cavanaugh’s impressive leadership has been prominently displayed over the past three years as he helped navigate the institution’s response to the COVID-19 pandemic, which has earned national recognition for its approach to surveillance testing and a safe return to on-campus instruction beginning last academic year.

“I know I speak for the entire Duke community in expressing my deepest thanks to Kyle for his remarkable leadership,” said Duke University President Vincent Price. “Few university leaders have served their institutions as broadly or so well. His wide experience, mastery of planning, selfless commitment to teamwork, and unflagging energy have elevated our work for many years, and perhaps never so much as in these past several years navigating the pandemic.”

Cavanaugh came to Duke in 2009 as vice president for Human Resources. His title was changed to vice president for Administration after he assumed management for Duke Police, Disability Management and Parking & Transportation. He also serves as the university's emergency coordinator, leading Duke’s response to everything from winter weather, hurricanes, violent crimes on campus, international incidents, and outbreaks of contagious diseases such as Ebola. 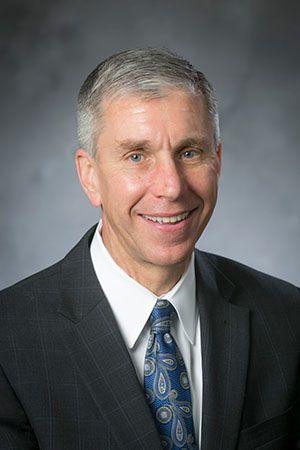 "It has been an absolute honor to serve this great institution and support Duke’s core missions over the past 13 years,” Cavanaugh said. “Enormous thanks go out to the various diverse teams who have accomplished so much over the past decade and have allowed Duke to flourish on so many fronts. My family and I are looking forward to our next chapter in life, but our lives have forever been positively impacted by so many talented individuals we have had the opportunity to work with over the years.”

Cavanaugh has expanded Duke’s benefit package – one of the university’s hallmarks – during a period of significant growth and cost pressures as 20,000 more people are now covered by its health plans than when he began in 2009. Cavanaugh led efforts to double the parental leave benefits for staff, double the capacity for on-site childcare with the addition of The Little School at Duke, and raise Duke’s minimum wage to $15 per hour. He has also introduced new professional development academies focused on career development at different levels of the organization and guided new career pathways for research administration roles.

“I am personally very grateful for Kyle’s leadership and counsel since I arrived at Duke,” said Daniel Ennis, executive vice president. “Kyle is the unusual executive who, through his unyielding commitment to operational excellence in service of Duke’s critical missions, makes everyone around him better. I know so many others will join me in expressing deep appreciation for Kyle’s tireless service to Duke University and Health System.”

In addition to his roles on campus, Cavanaugh has served as the chair of the American Research Universities Human Resource Institute and been a founding board member of Step-Up Durham, which provides training services and life skills for those with barriers to employment. He is currently serving as a board member of Book Harvest, a Durham non-profit that supports early childhood literacy.

Ennis said he would take time in the coming weeks to fully assess the current role and scope of operations under Cavanaugh before determining how to best provide the necessary leadership and continued high levels of service for these critical administrative functions in ongoing support of Duke’s clinical, research and teaching missions.

Later in the year, a reception will be held to honor Cavanaugh and recognize his many contributions and accomplishments during his career at Duke.