If Babs Wise had her way, all Duke students would apply for a Rhodes or any other nationally competitive scholarship as a natural part of their academic experience.

The idea isn’t just to win more scholarships for Duke students. Wise, director of the nationally competitive scholarship unit of Duke’s Office of University Scholars and Fellows (OUSF), has been part of building a process in which students use the scholarship competition to reflect on their values, interests and goals. In short, every student seeking a scholarship must think about the very things that the Duke academic experience is meant to provide them.

“All these scholarships are looking for the full package in a student,” said Wise, who retired Jan. 5 after nearly two decades with OUSF, which is part of Duke’s Office of Undergraduate Education. “It’s not just about grades and awards. My job is helping the student candidates look at their experience in this light. And what I find is the process is very valuable to the student. Many students never win, but they all take the time to reflect on where they’ve been, what they’re interested in and who they want to be. They ask: What is the problem of the world that they want to solve?

“Asking those questions is always a great experience for the student, even if they don’t win the scholarship. And these are the same questions that the university has built its academic philosophy around.” 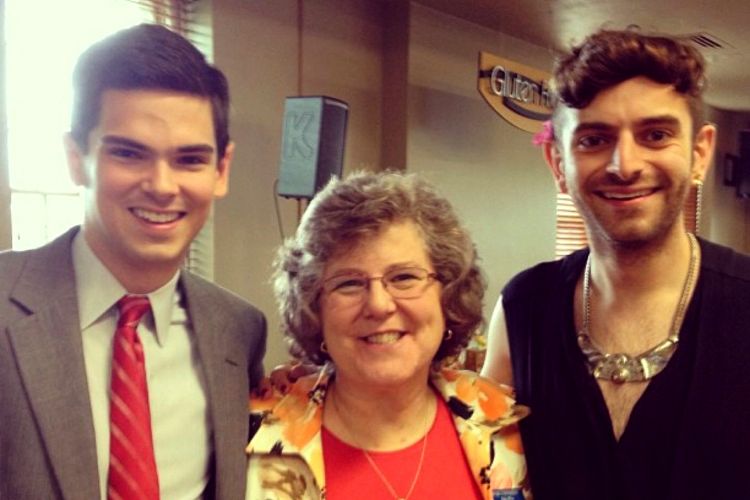 The OUSF process, which involves connecting student scholarship candidates to faculty, staff and even alumni to help them through the grueling competition, has also been extremely successful.  In the seven years since OUSF spun off competitive scholarships as a separate division in 2015, the list of Duke student scholarship winners includes eight Rhodes, five Marshalls, seven Trumans, seven Gates Cambridges, three Mitchells and 14 Schwarzmans.

“We had a blip in a period in which we weren’t winning a lot of Rhodes, so we spun off a team to focus on competitive scholarships,” Wise said. “The main thing we did was to increase recruiting, so our pull was bigger. We used to send maybe 8-10 people to the national level and are now sending as many as 30.”

Every step helps students present themselves more strongly in the competition. The students go through mock interviews that often are more challenging than the actual competition. They receive advice on what to wear – Wise has helped buy suits for some students – and also to be prepared for bad weather or unexpected exigencies.

Applying for such fellowships can be a nerve-wracking process, and a hundred things can go wrong. One student went on the morning of an interview to the address she found online for the British consulate, only to find the consulate had moved just days before – and she had to run six blocks in high heels to the correct location. Because she had prepared and arrived early, she had plenty of time, and she won a Marshall Scholarship.

Wise recalled one student who completed his Rhodes application the first year the competition application process went digital. His portfolio was amazing, but he but forgot to hit send. He missed the deadline for the Rhodes, but ended up winning a Marshall Scholarship. “There were actually two students who forgot to hit the send button that year,” Wise said.

The faculty have played a crucial role in the students’ success, Wise said. “It all comes together for these students because at Duke, faculty are encouraged to challenge kids, develop their creativity and help them grow.” That essential goal of Duke undergraduate education is one that benefits all students, she added.

Computer science and biology professor Alexander Hartemink became OUSF faculty director in 2015. (Karen Weber serves as OUSF executive director.) A Rhodes Scholar himself, Hartemink worked with Wise and others to shape the program to benefit the students.

Hartemink said that preparing students for these scholarships requires “an incredible mix of experience, judgment, perspective, organization, logistical coordination, emotional intelligence, interpersonal deftness, and empathy.” Wise, Weber and the OUSF team have been up to that responsibility, he added.

“For students who undertake it, the process can be long and arduous, with many emotional swings,” Hartemink said. “Babs has a loving demeanor and relates well with students, and importantly, is ever available to meet with them.  Some meetings require encouragement, others exhortation, others clarification, and still others consolation; Babs is able to provide each in the right measure, depending on the circumstances.”

While many students focus attention on the well-known Rhodes and Marshall scholarships, the office helps guide students through a bevy of lesser-known but valuable programs, including the Schwarzman, which sends students to graduate study in China and the new Nakayama Scholarship, which promotes student career paths in public service.

Wise’s retirement marks an end to a Duke career that began in 1995 when she worked in the FOCUS program. She said she learned about the scholarship competitions “by the seat of her pants,” but soon was a leader in the National Association of Fellowship Advisers.

She leaves thanking her OUSF colleagues for their support but also carrying memories of the hundreds of students she has helped. Those students, Wise said, never failed to inspire her.

“The kids come in here and the first question I always ask is: Who you want to be?” Wise said. “We had a merit scholar, a young gay man, and the answer he gave was, ‘I want to be a good Dad.’ At OUSF, we value that answer as much as those who want to cure cancer.

The Nov. 17 employee memorial service included the reading of names, music and spoken word to remember the 226 faculty and staff who have died from September 2021 to November 2022.