Lauren Ginsberg, an associate professor of classical studies and theater studies at Duke, contributed to a new opera that debuted in November 2021 in Vienna.

The opera, by composer Michael Hersch with libretto by Stephanie Fleischmann, tells the story of Roman Emperor Nero’s second wife, Poppaea, and her complicated legacy.

Ginsberg was commissioned to write an accompanying essay about the history of Poppaea and about the different ways she has been depicted by historians and playwrights. She was also invited to Vienna to see the opera debut and to take part in a question and answer panel on opening night.

“I have spent my life researching how Poppaea and the other famous women of Nero’s reign could have appeared on stage, and so to see this opera come to life with its haunting score, a libretto that gives full voice to a woman’s emotion, and a narrative arch that centers the female experience like this was the experience of a lifetime. Ah Young Hong, who played Poppaea, brought such depth to the character. It leaves you with chills.”

In this video, Professor Ginsberg discusses these varied representations of this character as well as the way ancient drama can illuminate often under-contextualized historic female characters and experiences. Here at Duke, Ginsberg has also just finished teaching a new course, “Drama of Ancient Rome,” which touches on many of these themes. 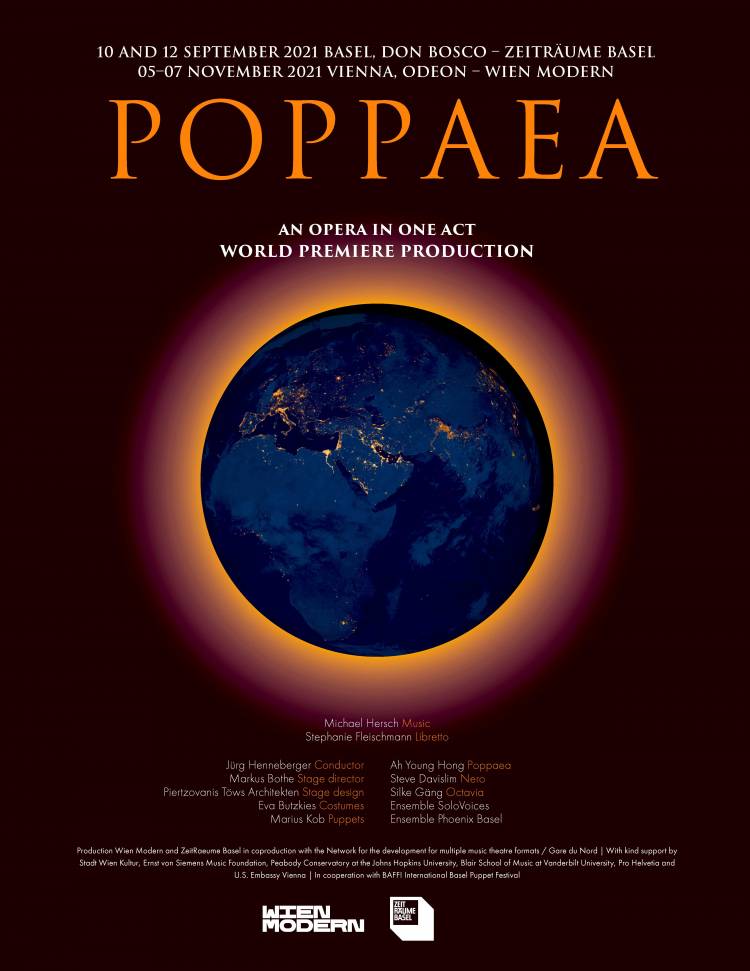