Dispirited by images of police violence against Black Americans, Steve Rich, like others at Duke, wanted to do something to fight systemic racism, but he didn't know where to start.

An IT analyst with Duke's Office of Information Technology (OIT), Rich occasionally participated in events organized by DiversifyIT, a staff-led OIT initiative to create a more inclusive climate across Duke's IT spaces. And since last summer, when DiversifyIT launched "Living (IT) While Black," a series of conversations about race with colleagues and campus leaders, Rich, who is white, has become a fixture.

Raw and emotional stories from Black colleagues gave Rich and fellow participants a deeper understanding of racism's daily toll. Honest discussions with leaders provided insight about the need for positive change. By listening to frank conversations between Black and white coworkers, Rich felt empowered to have difficult talks about race with people in his life.

"It's given me tools to be able to approach these things," said Rich, who has worked at Duke for 13 years. "It's helped me take the next step and be more aware of how people are impacted by these issues."

Across Duke, anti-racism initiatives are underway, giving students, staff and faculty opportunities to talk, listen and learn about how to build a more inclusive community. With its organic support and reach, the Living (IT) While Black program has been especially successful, due in part to years of earlier work by the staff at the heart of the DiversifyIT initiative.

"Sitting back and waiting is not a viable option," said Tracy Futhey, Duke's vice president for Information Technology and Chief Information Officer. "As uncomfortable as many of the conversations have been, the programs that DiversifyIT has promoted taught us to find comfort within that discomfort, recognizing the importance of transparent and honest advocacy even when we, as leaders, may not have all of the answers."

Since its founding in 2015, DiversifyIT has been a place where colleagues across Duke's IT community gather to find meaning and belonging. Organized and led entirely by staff members, the initiative allows for open discussions and, through training, book clubs and informal lunch gatherings, DiversifyIT offers new perspectives to anyone willing to participate. 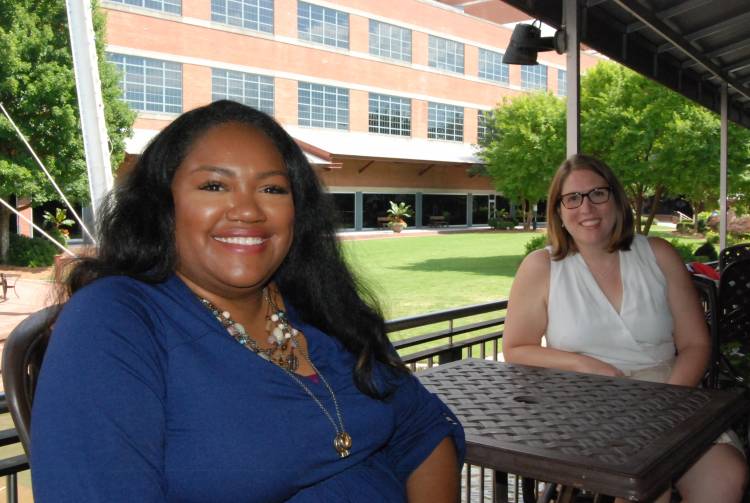 In the aftermath of George Floyd's murder last year, DiversifyIT was where Black and white members of the IT community turned to understand what could be done to end racism. 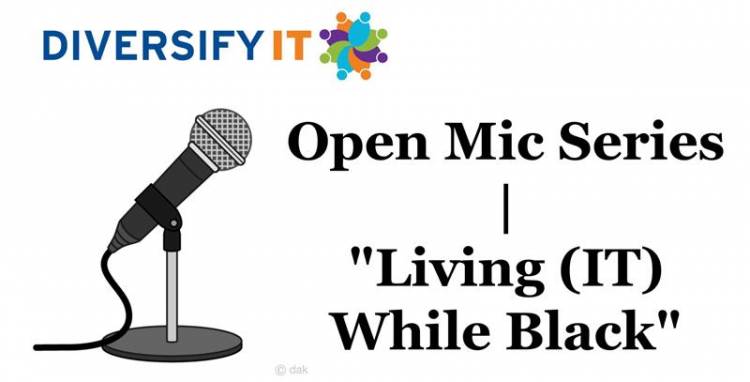 "I remember hearing the pain that exists around people's everyday lives that I otherwise may not have thought about," said John Herr, an OIT software engineer who is white and attended some Open Mic sessions.

In the fall of 2020, the next phase of Living (IT) While Black, called "The Side Bar," featured a series of one-on-one virtual conversations about race between Black and white colleagues with an audience. The hope was that, by witnessing colleagues discuss issues, the experience could inspire others to do the same.

"In most places, you're not supposed to talk about race," said Kendall, the DiversifyIT co-chair. "But if we don't talk about these things, how do we know how to act? How do we navigate each other? Because those things govern us."

In February and March of this year, the third phase of Living (IT) While Black, called "The Boardroom," featured virtual conversations with leaders in Duke's IT space about how concerns voiced in earlier sessions will be addressed.

"Our white leaders stepped up and said they wanted to do it," said Diversify IT co-chair and OIT Project Manager Laura Webb, who is white. "It wasn't us chasing them down. We asked if they wanted to do this and they said ‘Yes, we're there.'"

Futhey, the vice president for information technology and chief information officer, attended all Living (IT) While Black events. As a white leader, she was a focus of a session of the Boardroom, where she answered questions about hiring more diverse team members, wages and developing mandatory anti-racism training programs.

"These are hard things, I think, for leaders who are accustomed to having the answers and to being the ones who tell people how we're going to do something and what's going to happen," Futhey said. "It makes it all the more difficult when it's a conversation where the leaders don't have the answers. And in this case, we're figuring it out together with everybody else through a forum that's been created by the staff."

By sharing stories and attending meetings, OIT Executive Assistant Anyssa Queen, who is Black, has long embraced DiversifyIT's work. At the past year's meetings, she's been encouraged by seeing many new – especially white – people ready to make the fight their own.

"It was great to see our white colleagues, and just all of our colleagues in general, come out and start having a dog in the fight and see their buy-in," Queen said. "I know it was awkward for them, but they realized that silence can be harmful."

Got an idea for the Working Toward Racial Justice story series? Write Working@Duke.edu.

Get Advice on Wellness Topics with Live Webinars