Who they are: Named after Samuel DuBois Cook, the first Black faculty member at Duke, the Samuel DuBois Cook Center on Social Equity studies the causes and consequences of inequality and develops remedies for unfair disparities and their adverse effects.

“We are Duke’s only center that is devoted intensively to problems of inequality,” said William “Sandy” Darity, Jr., the founding director of the Center. “And we look at inequality in five different areas. We are hoping to expand beyond those, but the five areas that have been our initial foci are health, wealth, employment, political participation and education.”

Led by Darity, the Samuel DuBois Cook Distinguished Professor of Public Policy, the Cook Center was formed to study social inequity both in the United States and around the world. The center seeks to support a more equitable future through research, teaching, partnerships, and policy design. It is comprised of faculty and scholars across Duke, along with affiliated researchers at other institutions.

At its core, the Cook Center draws a deep connection with its namesake, Samuel DuBois Cook, who approved the Center being named after him in a decision made with his family before his death in 2017. Today, Darity and the Cook Center take its role seriously as carrying on the legacy of Cook, the first Black faculty member at Duke University, where, in 1966, he became the first Black American to hold a regular and/or tenured faculty appointment at a predominantly white Southern college or university.

“In terms of the focus and emphasis on problems of inequity in American society, that's hugely simpatico with what Dr. Cook's work was about, so we think it's a perfect match,” Darity said. 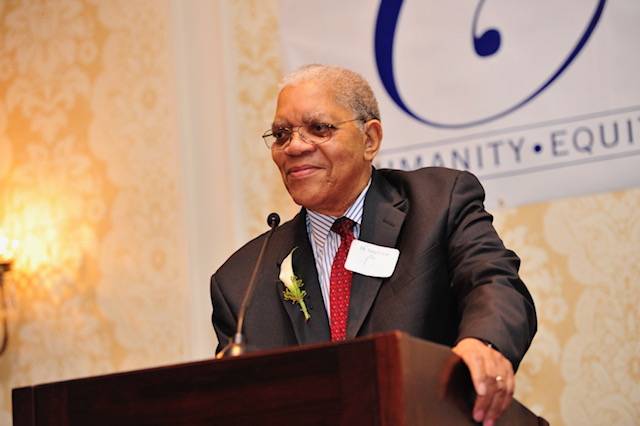 The aim is to achieve a global understanding of the effects inequality has on health, wealth, political participation, with an emphasis on the racialized character of these disparities. This includes research on the caste system in India, racial inequality in Brazil, and ethnic inequality in the UK, although, ultimately, research on the black-white wealth gap in the United States has proven to be a cornerstone of the Center’s work.

For example, a 2018 report from the Cook Center, “What We Get Wrong About Closing the Racial Wealth Gap,” found a staggering statistic on the wealth dynamic in the United States. Black households make up 2 percent of the nation’s wealth, while white households account for 96 percent.

“The black-white wealth gap in the United States, estimated to be $840,900 per household by the Federal Reserve in 2019, is a product of U.S. policies that created and maintained a marked white American advantage in net worth over black Americans,” Darity said. “These policies include the failed promise of 40 acres land grants to the newly emancipated, the provision of 160 acres land grants to 1.5 million white households under the terms of the Homestead Act of 1862, the federal government turning its back on the outright theft of black property during the Jim Crow years, the public-private partnership that produced redlining during the mid-20th century, and the discriminatory application of the benefits of GI Bill after World War II.” 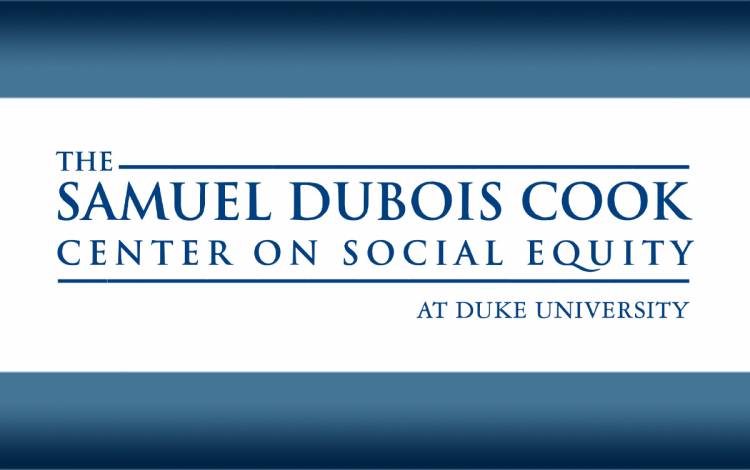 The report debunked 10 common myths about closing the racial wealth gap, such as greater educational attainment narrowing the gap, and highlighted wealth in white households compared to black households. The study helped to ignite a national conversation about how to address the racial wealth gap, including using major redistributive reparation efforts.

In 2019, Darity testified before the U.S. Congress concerning the proposed bill HR40, The Commission to Study and Develop Reparations Proposals for African-Americans Act, and endorsed reparations as a means to narrow the gap in wealth.

Earlier this year, the Biden Administration came out in support of studying reparations and released an action plan with a series of goals to narrow the racial wealth gap.

Significant achievements: Using its expertise, the Cook Center is involved in influencing policy decisions made on the local, state, national and international level that aim to reduce inequality and inequity.

The Center recently completed a report on the effects of COVID-19 on Black-owned small businesses in Durham and previously completed a wealth inequality report on Los Angeles that measured skin shade compared to wealth in 2016 and 2017.

The Center is also finalizing a report on the aftermath of the 1921 Tulsa Massacre, one of the worst incidents of racial violence in U.S. history. The research is expected to be released by the end of the fall semester

Large research projects into fundamental questions about the United States lay ahead. In July, the Center announced it will be awarded a $300,000 grant from the William T. Grant Foundation to design a reparation plan for Black Americans. Led by Darity, the funding will further the study of the impact of slavery on the racial wealth gap across generations. According to the William T. Grant Foundation, 30 percent of Americans endorse reparations for Black Americans today.

“Because of my personal interest, we recently got funding for a project that will examine how to best design a reparations plan for Black Americans,” Darity said. So I think our impact is, to a large degree, the way in which we are involved in policy conversations at all levels of government.” 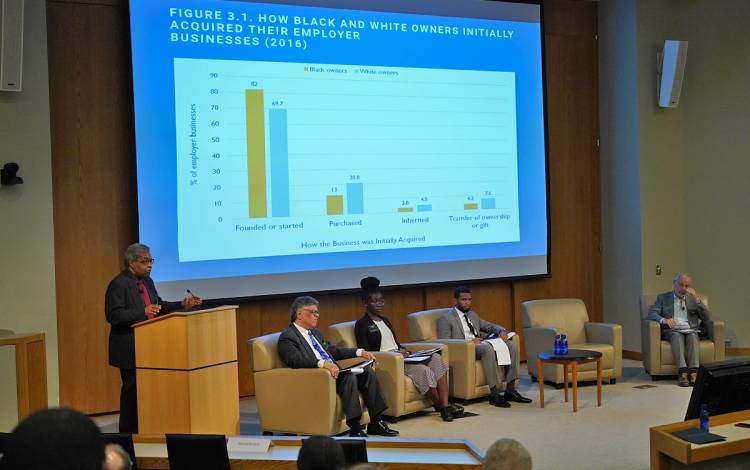 What the Cook Center can do for you: Faculty and staff at Duke are invited to participate in the research efforts and attend programming activities run by the Center.

Before the COVID-19 pandemic, regular conferences and in-person convenings have been open to the Duke community and the public. In the future, the activities will resume. The Center is open to researchers interested in engaging in its projects.

Big Goal: In the future, the Cook Center would like to further expand its reputation as the top research repository into inequality, making its vast research data available to scholars across academia.

The Center is also currently working to produce its second strategic plan, with a goal of developing a research arm into criminal justice, a field not yet explored in depth.

Hidden department fact: In a partnership with the Duke History Department, the Center offers Duke students an opportunity to receive a minor in Inequality Studies, a pathway offered at only two institutions in the country.

Three courses in the minor are taught through the Cook Center, leading up to a capstone research project that allows students to dive into the historical implications of inequality themselves.

“The only other school in the United States that we’re aware of that has an Inequality Studies minor — and they preceded us — is Cornell University,” Darity said. “Ours is different because we try to build the students to the point where they have the skills to do a major research project as a capstone for their participation in the minor.”

The fall session begins Aug. 15 and will meet virtually through early November