Mia Meier spent last year studying not only on a different campus than she planned, but a different continent.

“There was definitely a hump to overcome at the beginning,” she said, “just because I went in not knowing anybody at Duke.”

Meier, who’s from Missouri, is a member of the undergraduate class of 2023 at Duke Kunshan University (DKU). But when the pandemic made getting to China impossible for students from outside the country for fall semester 2020, she became one of dozens of Duke Kunshan students who took up an offer from Duke to study in Durham instead.

“As soon as it became apparent we weren’t going to make it back to China, it was like, all right, Duke it is,” Meier said. “I had high expectations going in, and they were met.”

Before the pandemic, Duke was already expecting about 120 juniors from Duke Kunshan to study abroad at Duke in the fall of 2020. Although COVID-19 made traveling to Durham impossible for most of those juniors, Duke offered all Duke Kunshan students who were already in the U.S. and couldn’t get to China the chance to come to Duke instead. Duke Kunshan extended the same offer to Duke students in China who couldn’t get to the U.S. 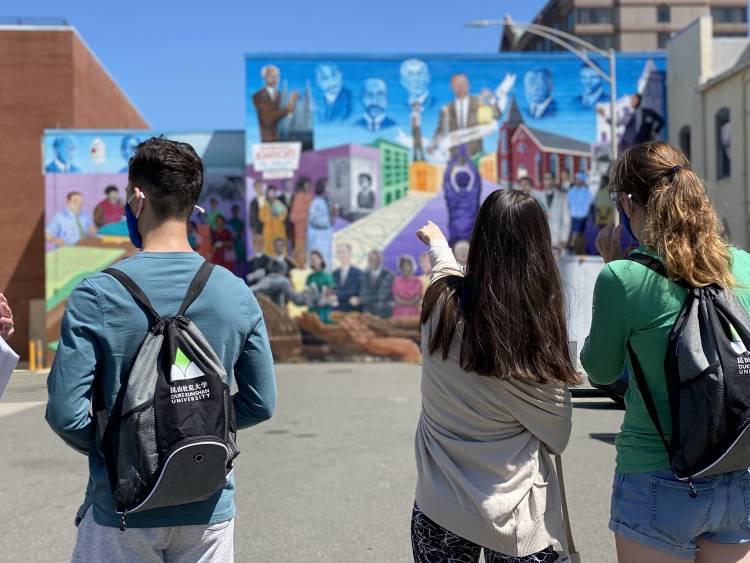 Duke Kunshan undergraduate students are assigned housing on Duke’s campus along with Duke students. They participate in a hybrid orientation program designed to introduce their cohort of first years to rising seniors to learn about Duke academics, student life and other topics.

“I’m pleased with how involved the Duke Kunshan students managed to be with life at Duke last year," said Valerie Hausman, associate vice provost for DKU-Duke programming and strategy at Duke. “I think they were a tight cohort among themselves, but they also really integrated nicely. I expect they will have an even better experience this year, with more activities taking place on campus and classes taught in person."

Stella Wang, a Duke Kunshan senior who spent the spring semester at Duke, said she jumped at the chance to experience some growth outside her comfort zone. Given Duke’s student body is so much larger than Duke Kunshan’s, she wasn’t sure what to expect.

“I wasn’t expecting the students to be so friendly,” she said. “It turned out they were extremely helpful. The cultural shock was not as serious as I thought.”

After a year of taking classes online, Donghyun Shim was pleasantly surprised at how much of campus life he got to experience – from a safe distance – while sheltering at Duke.

“We played frisbee every day,” he said. “It was great for friendship building; it was really easy to join a game. At Duke Kunshan, everyone knows everyone. At Duke there are strangers, and that was weird to me, but they were really open to other people joining.”

Charlie Colasurdo said he also felt lucky to be on campus.

“We were able to do pretty normal college things that students in a lot of places were not able to do,” the Duke Kunshan junior and Connecticut native said. “It’s a quintessential college experience to be able to sit in the quad on a sunny day and read a book.”

Colasurdo has studied Mandarin since sixth grade and is ready to return to China, but he’s back at Duke this fall and making the most of it.

“There’s nothing I can do,” he said, “so I’m just trying to take this experience in stride and roll with it.”

“Once it was clear that I would not be back in China for the spring, and that Duke handled the COVID situation wonderfully in the fall, I decided to come,” Reeves said. “After a year of being at home and on Zoom, nothing is better than being back on a college campus, even if I’m on Zoom while I’m here.” 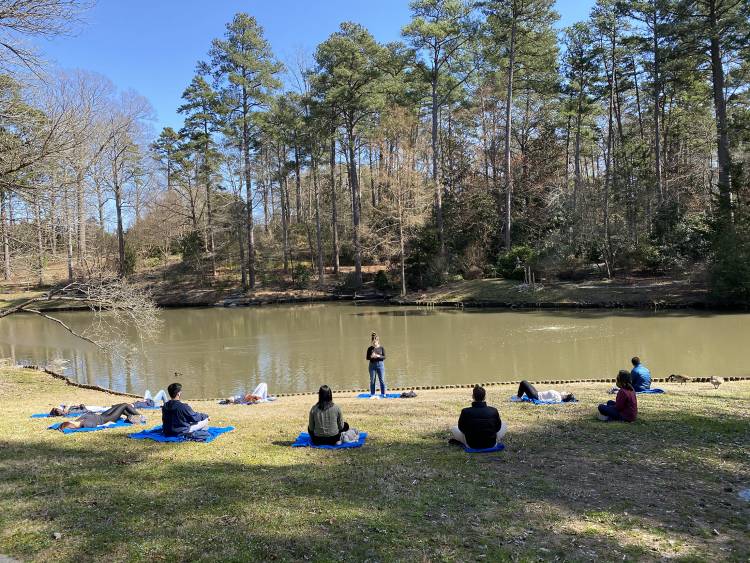 “One of the most obvious advantages to being at Duke Kunshan rather than staying home was community, and the opportunity to form relationships with other students who were in the same situation,” said Amanda Kelso, executive director of the Global Education Office at Duke and assistant vice provost for undergraduate education.

“Students told us across the board that they felt lucky, and that they were grateful to Duke and Duke Kunshan for providing this opportunity to make something more of their year than would have happened if they were just online,” Kelso said.

Angie Xie is a Duke undergraduate from Beijing who plans to major in neuroscience. At Duke Kunshan  she enrolled in a class taught by Sze Chai Kwok, associate professor of cognitive science, and later became Kwok's research assistant and took part in the Duke Bass Connections project on prejudice.

“In our five-student ultra-small neuroscience class, we could customize our learning content, which allowed us to discuss topics not covered in the textbooks and interact closely with the professor,” Xie said. “My classmates and I have different knowledge backgrounds, but can participate in the same project and bring diverse perspectives.”

Zhenyu Yang is in the Duke medical physics Ph.D. program. Instead of continuing his research in the U.S. as planned during the 2020-2021 academic year, Yang used connections created while getting his masters at Duke Kunshan to work with medical physicists at Kunshan Hospital.

“It’s a very good learning experience for me,” Yang said. “When I go to Durham again, and I see more of what they’re doing (in the U.S.), I can better compare Chinese treatment and the treatment in the U.S.”

While he spent most of his long days on research, the lower COVID numbers meant the campus was more open than was the case in Durham

“I know many people at DKU,” he said. “I could still have a social life. 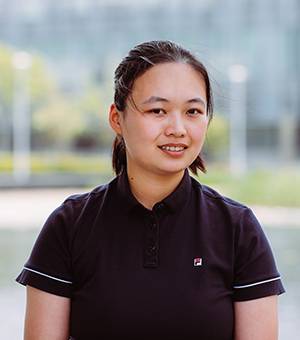 Qin Sun, who is from Shanghai, chose Duke’s electrical and computer engineering program in part because since the pandemic had already hit, she knew going in she would have the opportunity to study at Duke Kunshan and actually meet her classmates.

“Some universities [in the U.S.] have cooperated with Chinese universities to enable their students also to have a campus,” she said, “but I felt DKU was better because, as I’m a Duke student, I feel that this is actually my campus.”

Sun said she struggled at first. Graduation had not been an easy time, and she arrived at DKU the same day she got her degree certificate. It felt like everything was happening too fast, she said. But she adjusted, with the help of new friends and her academic coordinator at DKU.

“Time actually heals everything,” she said.

With most students able to travel to the U.S. this fall, the Duke Kunshan campus doesn’t expect to receive visiting Duke students at this point. In Durham, Hausman and colleagues have just wrapped up orientation activities and are supporting visiting Duke Kunshan students as they arrive in Durham.

Mia Meier said she ended the year with a lot of gratitude for the Duke community. She’s back at Duke for the fall semester, while also keen to get back to Kunshan.

“I’m hopeful for the spring,” she said, “but I’m ready to roll with the punches.”