DURHAM, N.C. -- If you feel like your metabolism just isn’t what it used to be, no matter how many hours you spend in the gym, dolphins can relate.

A Duke University-led study finds that bottlenose dolphins burn calories at a lower rate as they get older, just like we do.

Rimbach has studied energy expenditure and other aspects of physiology in animals ranging from mice to monkeys. But data on the inner workings of marine mammals such as dolphins and whales have been scant, she says. That’s because these ocean dwellers are notoriously difficult to recapture for repeat measurements.

“It can be very tricky to get the animal back when you need it,” Rimbach said. 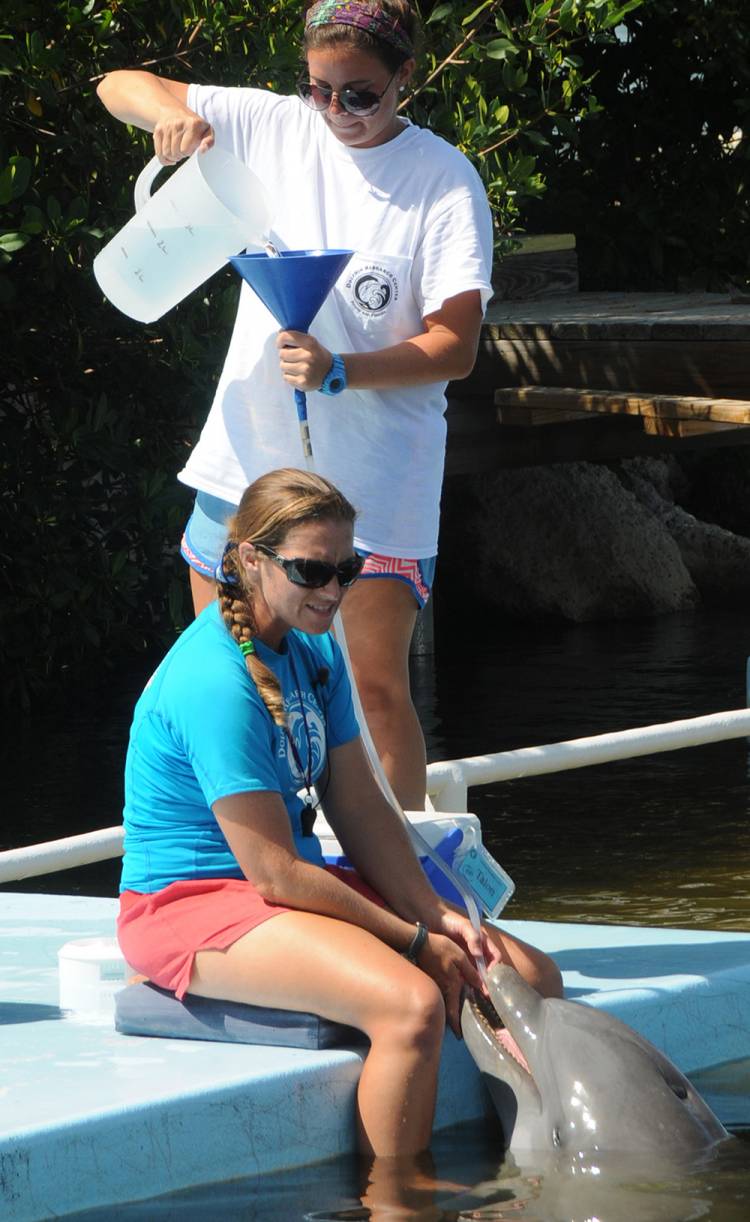 To measure their average daily metabolic rate, the researchers used the “doubly labeled water method.” Used to measure energy expenditure in humans since the 1980s, it’s a method that involves getting the animals to drink a few ounces of water with naturally occurring “heavy” forms of hydrogen and oxygen added, and then tracking how long the animals take to flush them out.

Like humans present their arms for a blood draw, the dolphins at these facilities voluntarily raise their tail fins out of the water so their caregivers can collect blood or urine as part of their regular checkups.

By analyzing the levels of heavy hydrogen and oxygen atoms in the blood or urine, the team was able to calculate how much carbon dioxide the dolphins produced each day, and thus how many calories they were burning as they went about their lives.

What they found surprised them.

The researchers expected dolphins to have revved-up metabolisms, since dolphins are warm-blooded just like people, and keeping warm requires more energy in water than in air.

But despite living in a watery world, they found that bottlenose dolphins burn 17% less energy per day than expected for a marine mammal of their size.

The scientists also noted some of the same signs of metabolic aging common in people. The oldest dolphins in the study, both in their 40s, used 22% to 49% fewer calories each day than expected for their body weight. And similar to humans, more of those calories ended up as fat rather than muscle. Dolphins in their 40s had body fat percentages that were 2.5 times higher than their under-20 counterparts. 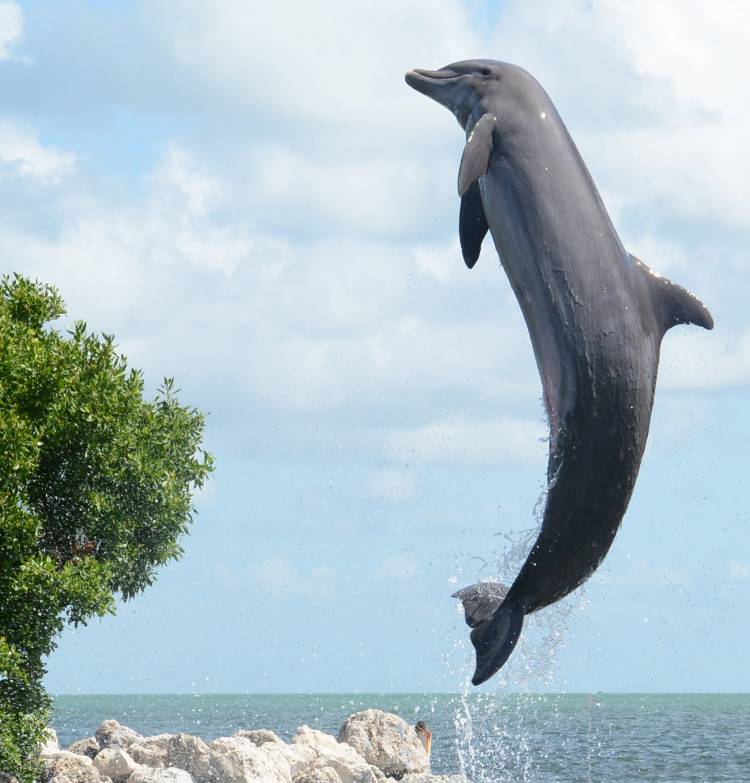 It wasn’t for lack of exercise, Rimbach said. Dolphins are amazing athletes, capable of leaping 10 feet into the air and swimming alongside power boats at speeds that would crush Michael Phelps.

The dolphins in the study were observed doing flips and spins, walking on their tails, jumping clear out of the water and going fast enough to leave a wake as often as six to 18 times an hour, and they remained active into their 40s.

But the metabolic pattern remained no matter what their activity level.

“And it’s not because they’re eating too much,” either, Rimbach said. The researchers recorded how much herring and other fish the dolphins gobbled up, and they found that the older, fatter dolphins in the study actually ate fewer calories.

The researchers say such work could shed light on factors besides diet and lifestyle that underlie age-related weight gain in people.

“Further studies into this commonality we share with dolphins may help us understand why human metabolism slows as we age,” said co-author Hannah Salomons, a graduate student in professor Brian Hare’s lab at Duke.

“Having access to healthy dolphins under human care made this study possible,” said co-author Austin Allen of the Duke University Marine Lab.

“We need more data, especially for younger dolphins, since we only looked at 10 individuals,” Rimbach said. “But I think it's an exciting first study.”