With a bottle of green Gatorade or Canada Dry by his side, Paul Schuler has spent decades doing his part to keep Duke running behind the scenes, one 12-hour shift at a time.

But soon, Duke will have to carry on monitoring the steam, chilled and hot water systems on campus without him. After 32 years at Duke — a tenure that saw plenty of changes — Schuler is set to retire from the Facilities Management Department on Aug. 25.

“It has been a good ride,” said Schuler, smiling from a desk chair in the Chiller Plant No. 2 control room. “I’m looking forward to spending my last few weeks here and then I’m going to go on and enjoy myself.”

Schuler, one of four main control room operators who monitors the centralized chilled water, hot water and steam systems across campus, visited Duke in 1988. Though he had never heard of Duke University, Schuler, who worked at the Grand Rapids Steam Plant in Michigan at the time, stopped by Human Resources on Broad Street during a trip to visit his parents in Durham. 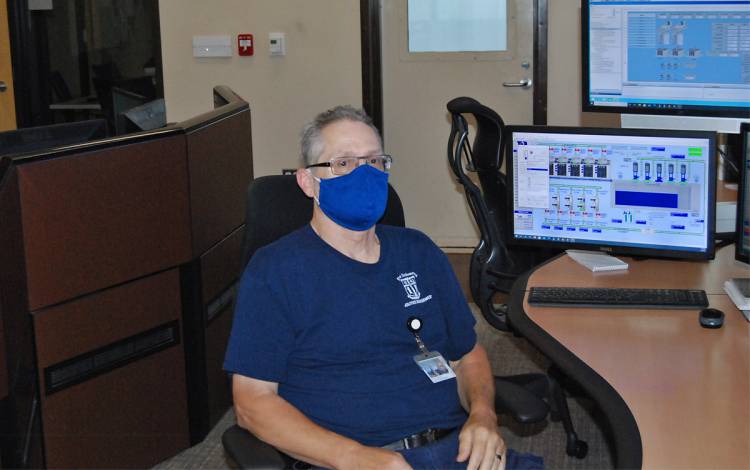 Schuler was happy in Michigan, but he was curious about the opportunities in North Carolina and wanted to inquire about the steam plant on Duke’s campus after it came up in discussion with his family.

It just so happened that when he asked about positions during his visit to campus, Duke had an opening. Later that same day, a manager with Facilities Management took him on a tour of the facilities and talked with him about a job maintaining the boilers, where he would serve as the head of the shift. A few months later, Schuler and his family moved south as he embarked on a career that made North Carolina his longtime home.

Duke’s operations have evolved considerably since then, and Schuler has adapted to changes, as the University shifted from burning coal to natural gas and moved to a Siemens Insight automated system that tracks temperature, pressure and water flow rate for the larger chilled and hot water system on campus.

During his tenure at Duke, Schuler has not only witnessed significant growth of the campus, but also Duke’s transition into an era when sustainability and energy saving initiatives are a key focus. Among the most notable milestones of this evolution include the complete construction of district chilled and hot water systems, solar energy and the use of reclaimed water sources totaling over 100-million gallons of municipal water saved every year.

Throughout his career, Schuler has proven to be a dedicated employee and team member in Facilities Management with an encyclopedia of institutional knowledge.

“Over 32 years, Paul has seen so much growth of our utility system, including major changes in the daily approach to plant operations,” said Operations Engineer Chris Silcott. “He has set the standard among his peers by welcoming these changes with a positive attitude and the utmost professionalism.  We hate to see him go. He has been a real asset to our team and campus.”

Since 2012, Schuler has worked in the control room at Chiller Plant No. 2, where he monitors the steam, chilled water and hot water systems on campus through digital screens that track whether the utilities’ pressures, temperature and flow rates are maintaining appropriate levels.

On top of required documentation, he also keeps his own daily log, so he can share updates on equipment or other need-to-know information before shifts change. Over the years, those detailed notes have helped solve problems and troubleshoot issues, like whether a boiler on campus that isn’t maintaining an adequate water level could be addressed, before it becomes a more serious problem.

“Paul is one of those guys that pays close attention to detail,” Operations Coordinator Vernon Pearce said. “He watches a lot of the small things and focuses in on things that make a difference in the day-to-day operation.”

Among his many years of experience, it’s the relationships with coworkers that Schuler will miss the most. Among the support he’s received, Schuler won’t ever forget how his coworkers covered for him at work, so he could focus on spending time with his former wife, Norma, when she was diagnosed with cancer in 2002. 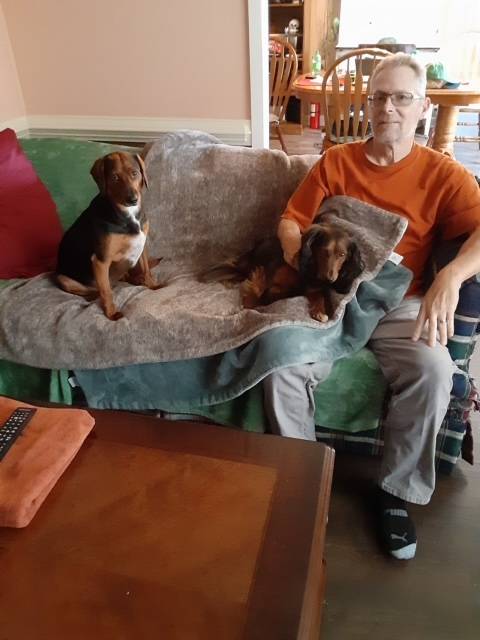 “The main thing is the support I got from everybody all the time,” Schuler said. “No matter what goes on in my life, whether my wife with cancer or other things that go on. I can talk about it a little bit, and they can understand where I'm at with that.”

Schuler will join his wife, Lorna, in retirement, and looks forward to relaxing with his dachshunds, Fritz and Alfredo, repainting walls and laying new flooring in his house with his schedule free. He might even find time to enjoy a cold Gatorade or ginger ale, though without the hum of the control room as the soundtrack to his day.

Are you planning on retiring this year or next? Let us know at working@duke.edu.

The procedure allows transplanted heart valves to grow with the patient