This month we feature a collection of Duke-authored books that explore historical and current aspects of music in the United States and beyond.

These books, along with many others written by Duke authors, are available at Duke University Libraries, the Gothic Bookshop or the Regulator Bookshop. 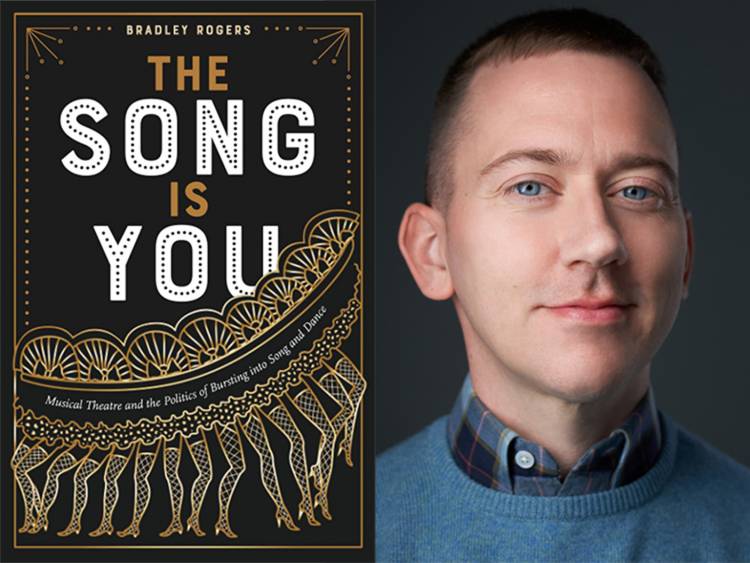 The Song is You by Bradley Rogers

Musicals, it is often said, burst into song and dance when mere words can no longer convey the emotion. "The Song is You" argues that musicals burst into song and dance when one body can no longer convey the emotion. Duke professor Bradley Rogers shows how the musical’s episodes of burlesque and minstrelsy model the kinds of radical relationships that the genre works to create across the different bodies of its performers, spectators and creators every time the musical bursts into song. These radical relationships — borne of the musical’s obsessions with “bad” performances of gender and race — are the root of the genre’s progressive play with identity, and thus the source of its subcultural power. However, this leads to an ethical dilemma: Are the musical’s progressive politics thus rooted in its embrace of regressive entertainments like burlesque and minstrelsy? 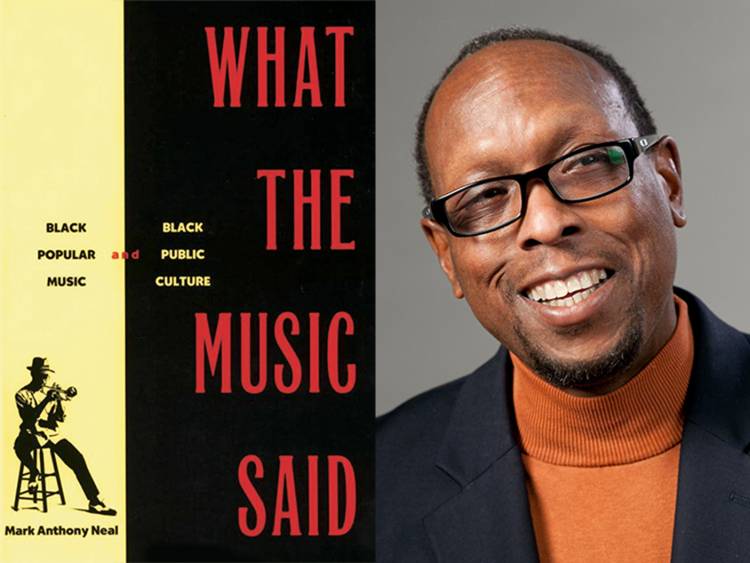 What the Music Said by Mark Anthony Neal

Rap and hip-hop clearly serve as a public forum for African-American cultural critique; In this book, Duke professor Mark Anthony Neal argues that Black popular music has always played such a role. While describing the ways in which the "aural landscapes" of noted performers like John Coltrane and Anita Baker comment on the social realities of their day, Neal is more concerned with social history than with musicology. His interpretations of music are closely informed by the impact of developments like Reconstruction, mass migration, urbanization, the civil rights movement and the rise of the Black middle class on the African-American community at large. 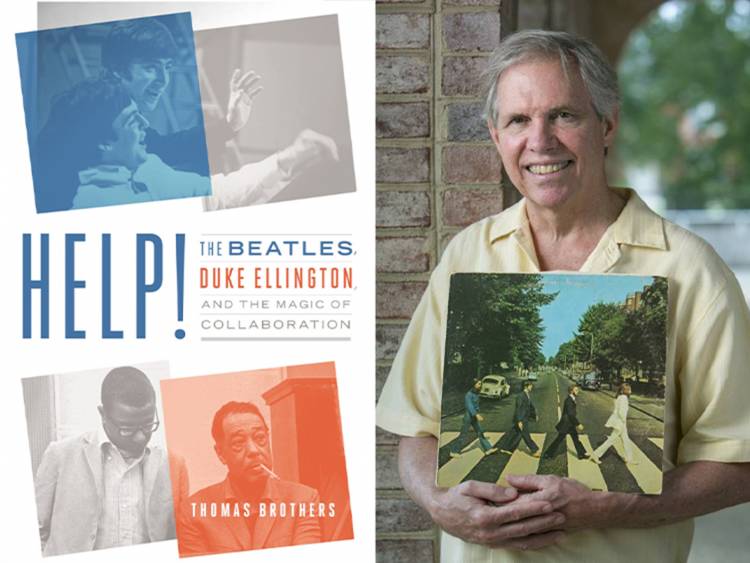 Help: The Beatles, Duke Ellington and the Magic of Collaboration by Thomas Brothers

The Beatles and Duke Ellington’s Orchestra stand as the two greatest examples of collaboration in music history. Ellington’s forte was not melody ― his key partners were not lyricists but his fellow musicians. His strength was in arranging, in elevating the role of a featured soloist, in selecting titles: in packaging compositions. He was also very good at taking credit when the credit wasn’t solely his, as in the case of "Mood Indigo," though he was ultimately responsible for the orchestration of what Duke musicologist Thomas Brothers calls "one of his finest achievements." 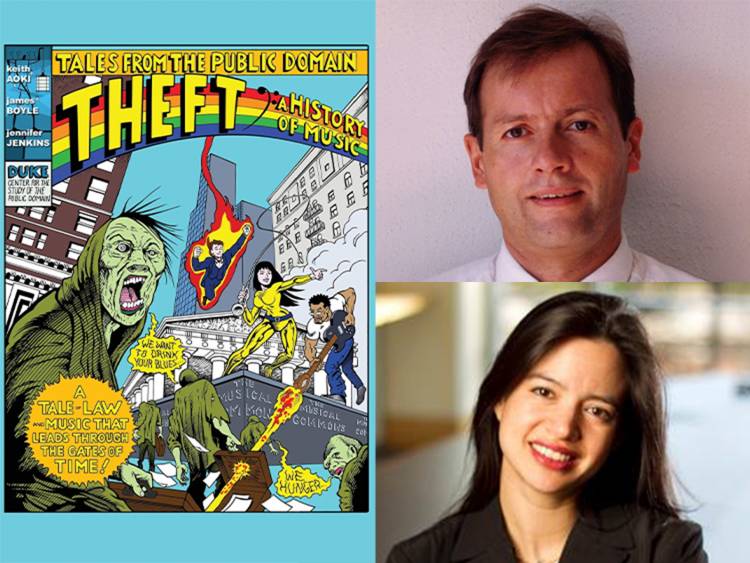 Theft: A History of Music by James Boyle & Jennifer Jenkins

This comic from Duke Law professors James Boyle and Jennifer Jenkins lays out 2000 years of musical history. A neglected part of musical history. Again and again there have been attempts to police music; to restrict borrowing and cultural cross-fertilization. But music builds on itself. To those who think that mash-ups and sampling started with YouTube or the DJ’s turntables, it might be shocking to find that musicians have been borrowing — extensively borrowing — from each other since music began. Then why try to stop that process? The reasons varied. Philosophy, religion, politics, race — again and again, race — and law. And because music affects us so deeply, those struggles were passionate ones. They still are. 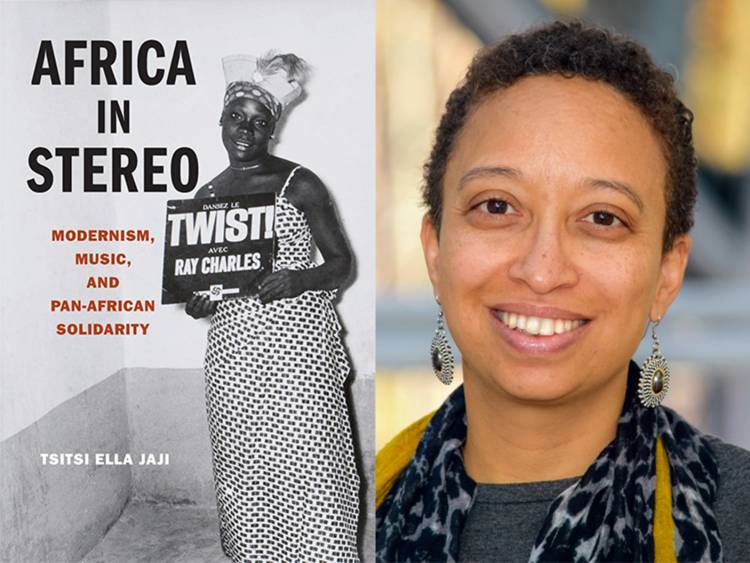 "Africa in Stereo" analyzes how Africans have engaged with African-American music and its representations in the long 20th century (1890-2011) to offer a new cultural history attesting to pan-Africanism's ongoing and open theoretical potential. Duke professor Tsitsi Jaji argues that African-American popular music appealed to continental Africans as a unit of cultural prestige, a site of pleasure and most importantly, an expressive form already encoded with strategies of creative resistance to racial hegemony. Ghana, Senegal and South Africa are considered as three distinctive sites where longstanding pan-African political and cultural affiliations gave expression to transnational Black solidarity. Her book shows how such transnational ties fostered what Jaji terms "stereomodernism." Attending to the specificity of various media through which music was transmitted and interpreted — poetry, novels, films, recordings, festivals, live performances and websites — stereomodernism accounts for the role of cultural practice in the emergence of solidarity, tapping music's capacity to refresh our understanding of 20th-century Black transnational ties. 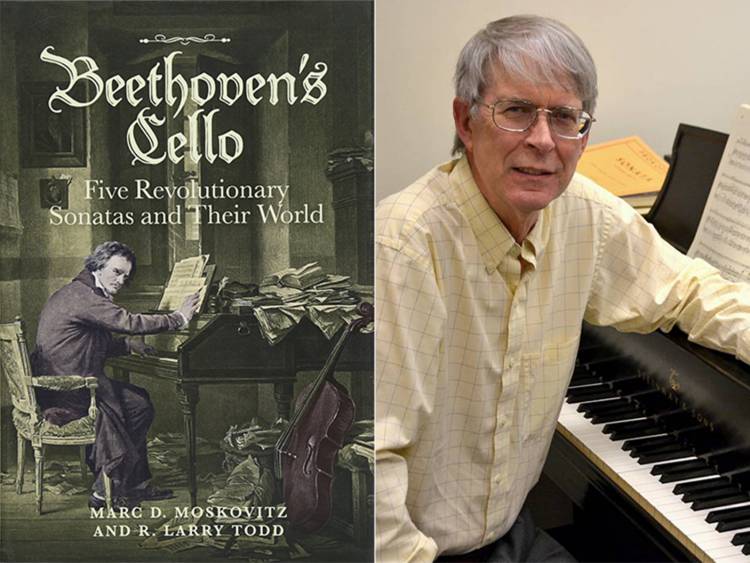 In "Beethoven's Cello," Duke professor R. Larry Todd and co-author Marc D. Moskovitz examine seminal cornerstones of the cello repertoire and place them within their historical and cultural contexts. Also addressed are the three variation sets and, in a series of interludes, the cellos owned by Beethoven, the changing nature of his pianos, the cello-centric 'Triple' Concerto and the arrangements for cello and piano of other works. Featuring a preface by renowned cellist Steven Isserlis and concluding with the reviews of the composer's cello music published during his lifetime, "Beethoven's Cello" is the ideal companion for cellists, pianists, musicologists and chamber-music devotees desiring a comprehensive understanding of this beloved repertoire. 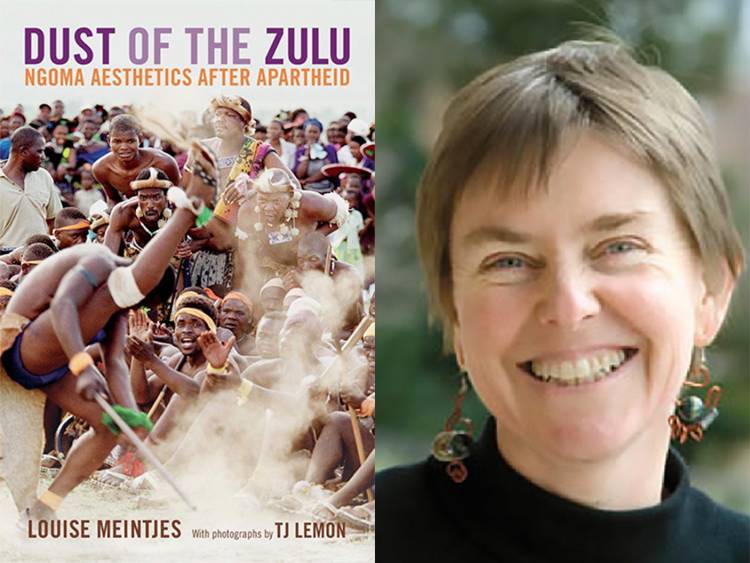 Dust of the Zulu by Louise Meintjes

"In Dust of the Zulu," Duke professor Louise Meintjes traces the political and aesthetic significance of ngoma, a competitive form of dance and music that emerged out of the legacies of colonialism and apartheid in South Africa. Contextualizing ngoma within South Africa's history of violence, migrant labor, the HIV epidemic and the world music market, Meintjes follows a community ngoma team and its professional subgroup during the 20 years after apartheid's end.

She intricately ties aesthetics to politics, embodiment to the voice and masculine anger to eloquence and virtuosity, relating the visceral experience of ngoma performances as they embody the expanse of South African history. Meintjes also shows how ngoma helps build community, cultivate responsible manhood and provide its participants with a means to reconcile South Africa's past with its post-apartheid future. "Dust of the Zulu" includes over one hundred photographs of ngoma performances, the majority taken by award-winning photojournalist TJ Lemon. 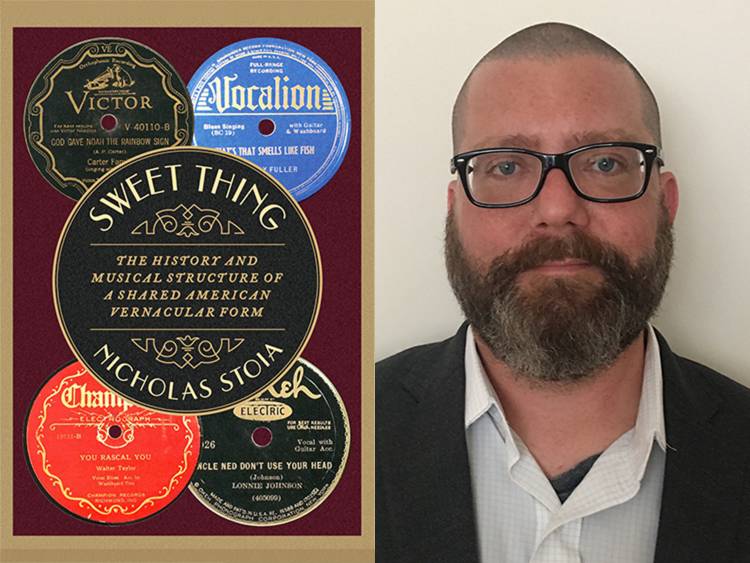 "Sweet Thing: The History and Musical Structure of a Shared American Vernacular Form" studies one of the most productive and enduring shared musical resources in North American vernacular music. Duke music professor Nicholas Stoia offers a comprehensive examination of the long history of the "Sweet Thing" scheme, exploring how it made its way from 16th-century Scotland to 18th-century British broadside ballads to 19th-century American ragtime. Stoia also examines the form in various contexts, including early blues and country music, and moving forward to rhythm and blues, soul and rock music, connecting these modern forms to their ancient roots. Through this close look at a ubiquitous musical from, "Sweet Thing" shows how it has linked listeners and musicians alike across the boundaries of genre, race and even time.

Sinem Uysal · Ray Charles - I Got A Woman 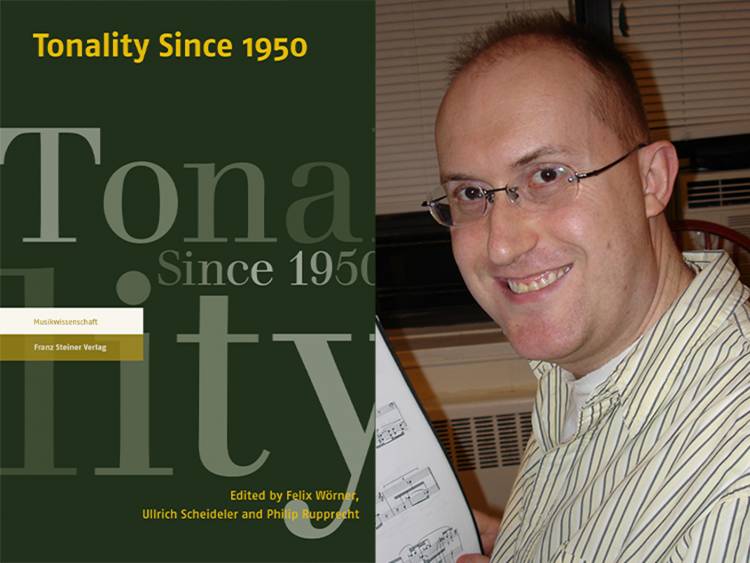 Tonality Since 1950 by Philip Rupprecht

"Tonality Since 1950," co-authored by Duke music professor Philip Rupprecht, documents the debate surrounding one of the most basic technical and artistic resources of music in the later 20th century. The flourishing of tonality — a return to key, pitch center and consonance — in recent decades has undermined received views of its disintegration or collapse ca. 1910, intensifying the discussion of music's acoustical-theoretical bases, and of its broader cultural and metaphysical meanings. While historians of 20th-century music have often marginalized tonal practices, this book offers a new emphasis on emergent historical continuities. Musicians as diverse as Hindemith, the Beatles, Reich and Saariaho have approached tonality from many different angles: as a figure of nostalgic longing, or as a universal law; as a quoted artefact of music's sedimented stylistic past, or as a timeless harmonic resource. Essays by 15 leading researchers cover a wide repertoire of concert and pop/rock music composed in Europe and America over the past half-century. 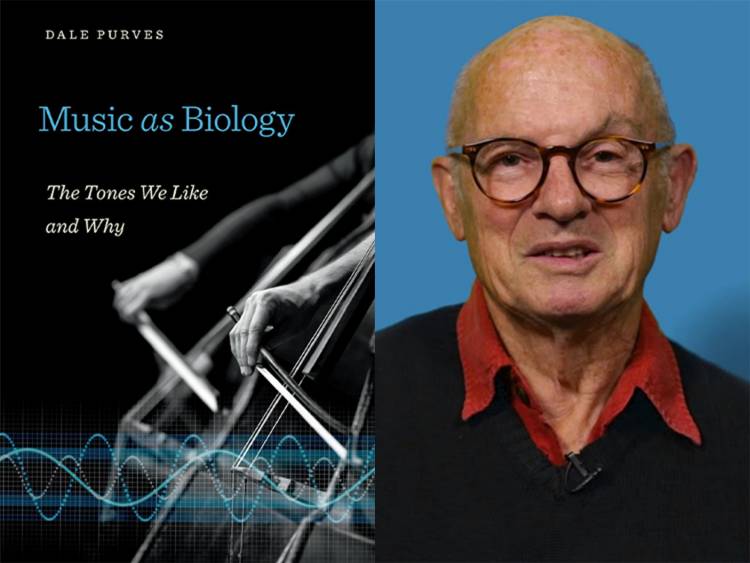 Music as Biology by Dale Purves

The universality of musical tones has long fascinated philosophers, scientists, musicians and ordinary listeners. Why do human beings worldwide find some tone combinations consonant and others dissonant? Why do we make music using only a small number of scales out of the billions that are possible? Why do differently organized scales elicit different emotions? Why are there so few notes in scales? In "Music as Biology," Duke professor Dale Purves argues that biology offers answers to these and other questions on which conventional music theory is silent.