Nathaniel “Nat” B. White Jr., one of the first five Black undergraduate students at Duke, died March 19 in Atlanta.  He was 75.

White matriculated at Duke in 1963 along with Wilhelmina Reuben-Cooke, Gene Kendall, Mary Mitchell Harris and Cassandra Smith Rush. With White’s death, Kendall is the last surviving member of the original five.

Born and raised in Durham, White attended Hillside High School.  In a PBS-NC interview in 2013, White explained that he had intended to go to Hampton Institute, his father’s alma mater.  But the guidance counselor at Hillside encouraged White, Hillside’s highest-ranked male student, and valedictorian Mary Mitchell to consider Duke, and they both followed her advice.

A week after attending a family reunion at the March on Washington on August 28, 1963, White enrolled at Duke. 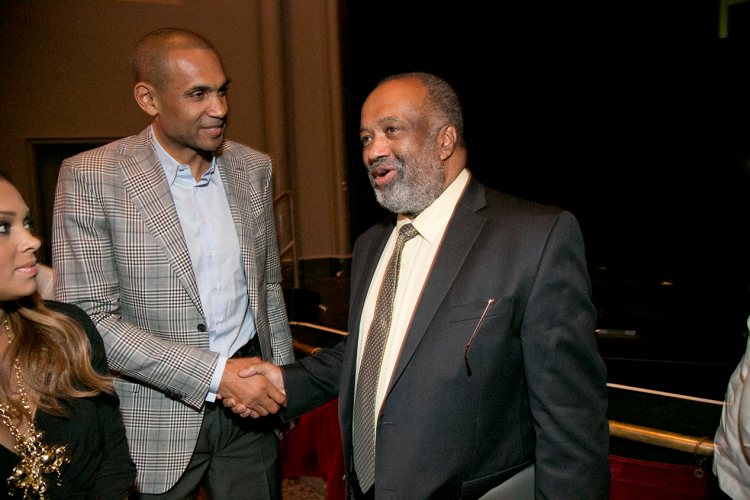 Although he had lived all his life in Durham, he noted the cultural distance to the university: “It was like going to a different town although it was four miles from home.”  The five Black students did not have classes together but supported one another socially.

White stated that Hillside had prepared him well academically for Duke.  Focused on math since the fourth grade, White earned a bachelor’s of science degree in mathematics from Duke in 1967.  He was particularly drawn toward applied math, and after graduation he pursued graduate work in mathematical statistics at UNC-Chapel Hill and also took courses at UNC’s School of Public Health.

In 1969, he was accepted as a commissioned officer in the Public Health Service.  He began working in epidemiology at the National Institute of Environmental Health Sciences (NIEHS) and NICHD, now the Eunice Kennedy Shriver National Institute of Child Health and Human Development.  As a consulting statistician, White participated in clinical trials, reviewed research grants, and was section chief for a computer division that supported activities in epidemiology.

From 1993 to 2007, he served as director of the Public Health Sciences Institute and director of the Office of Sponsored Research at Morehouse College. He also served on the board of the National Sponsored Programs Administrators Alliance, the professional association of HBCU sponsored program administrators.

In 1971, he married Sylvia Hall.  They were the parents of three children: Angela White-Mason, Natalie White and Jabari White.

In 2013, the surviving three members of Duke’s “First Five”—White, Reuben-Cooke, and Kendall—returned to Duke for the Commemoration of the 50th anniversary of their enrollment.

For more on the 50th anniversary celebration, visit the website.

Details about the April 3 funeral service in Atlanta are here.