This month, we present a collection of 12 Duke-authored books documenting women's contributions to history, culture and society. 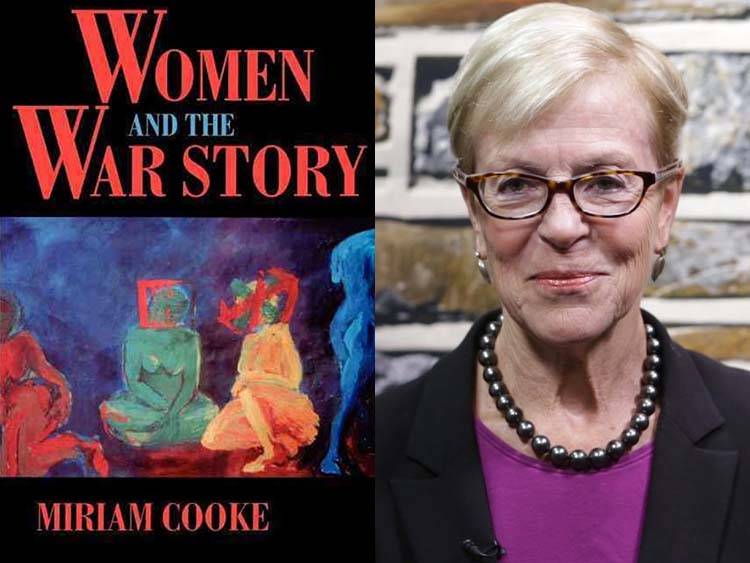 Women and the War Story by Miriam Cooke

In “Women and the War Story,” Professor Emerita miriam cooke charts the emerging tradition of women’s contributions to what she calls the “War Story,” a genre formerly reserved for men. Concentrating on the contemporary literature of the Arab world, Cooke looks at how alternatives to the master narrative challenge the authority of experience and the permission to write. She shows how women’s stories contest the acceptance of a dyadically structured world and break down the easy oppositions — home vs. front, civilian vs. combatant, war vs. peace, victory vs. defeat — that have framed, and ultimately promoted, war. 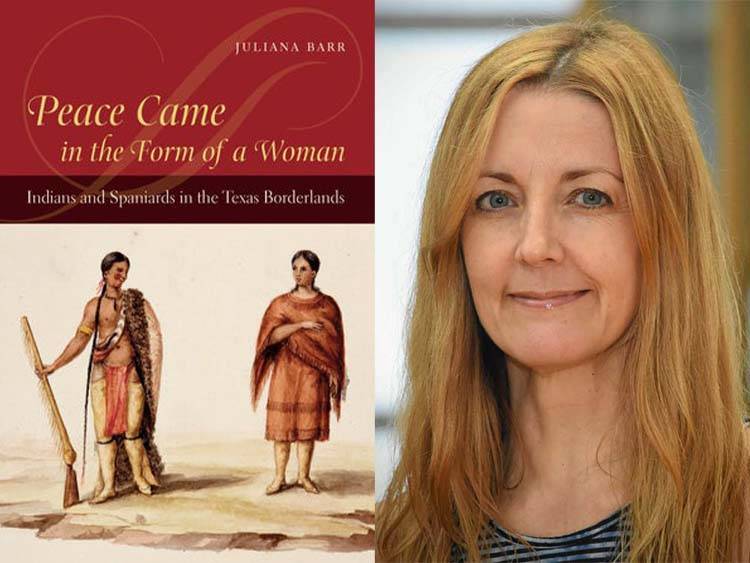 Peace Came in the Form of a Woman by Juliana Barr 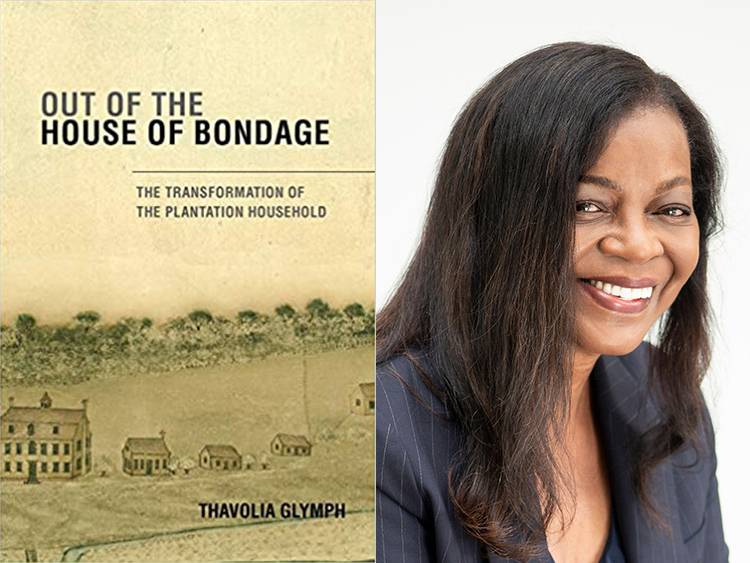 Out of the House of Bondage by Thavolia Glymph

“Out of the House of Bondage” views the plantation household as a site of production where competing visions of gender were wielded as weapons in class struggles between Black and white women. Mistresses were powerful beings in the hierarchy of slavery rather than powerless victims of the same patriarchal system responsible for the oppression of the enslaved. Professor of History Thavolia Glymph challenges popular depictions of plantation mistresses as "friends" and "allies" of slaves and sheds light on the political importance of ostensible private struggles, and on the political agendas at work in framing the domestic as private and household relations as personal. 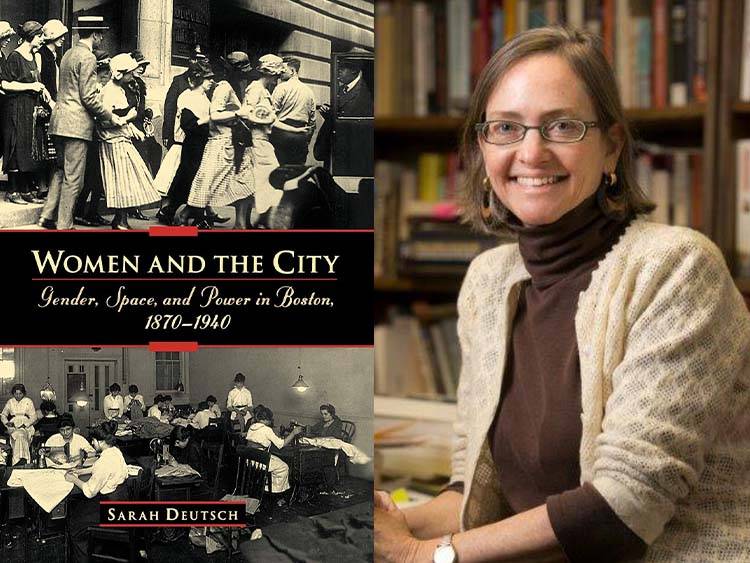 Women in the City by Sarah Deutsch

In the 70 years between the Civil War and World War II, the women of Boston changed the city dramatically. From anti-spitting campaigns and demands for police mothers to patrol local parks, to calls for a decent wage and living quarters, women rich and poor, white and Black, immigrant and native-born struggled to make a place for themselves in the city. In “Women and the City,” Professor of History Sarah Deutsch tells this story, revealing how women changed not only the manners but also the physical layout of the modern city. 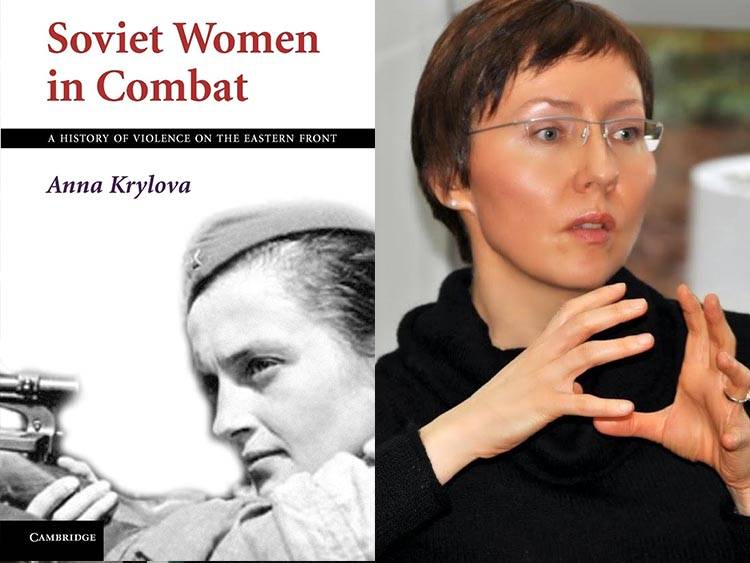 In “Soviet Women in Combat,” Associate Professor of History Anna Krylova narrates a story about a cohort of Soviet young women who came to think about themselves as “women soldiers” in Stalinist Russia in the 1930s and who shared modern combat, its machines, and commanding positions with men on the Eastern front between 1941 and 1945. Krylova asks how a largely patriarchal society with traditional gender values such as Stalinist Russia in the 1930s managed to merge notions of violence and womanhood into a first conceivable and then realizable agenda for the cohort of young female volunteers and for its armed forces. Pursuing the question, Krylova’s approach and research reveals a more complex conception of gender identities. 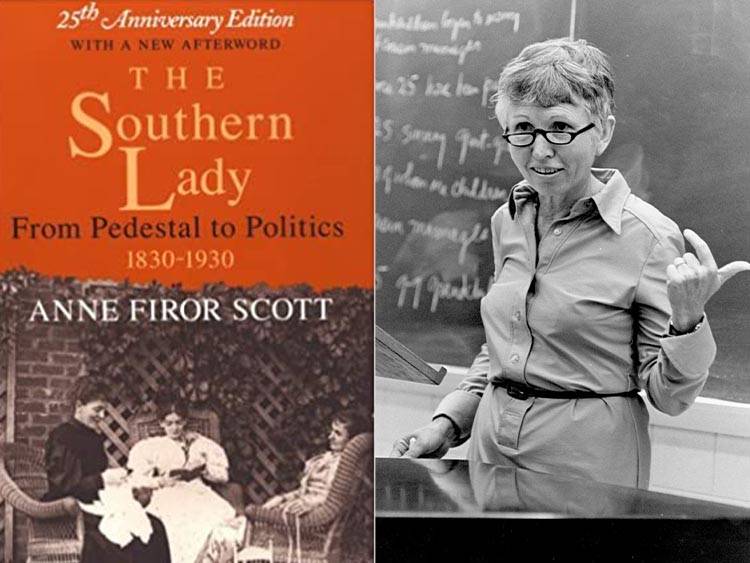 In 1970, the late Anne Firor Scott helped open the floodgates both for women historians and women’s history with “The Southern Lady: From Pedestal to Politics, 1830-1930.” Through her use of period diaries, letters, and other papers, Scott not only destroyed the myth of the perfect but powerless “southern lady,” but demonstrated how southern women found their own roles in the public square. 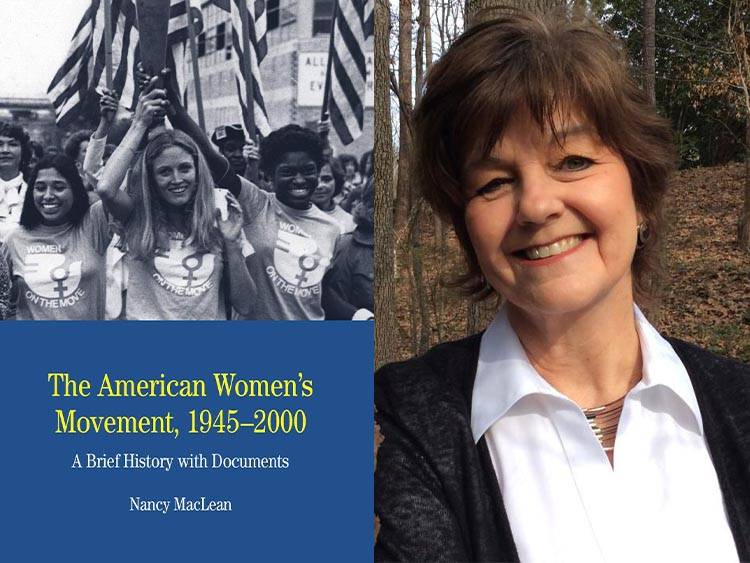 The American women’s movement was one of the most influential social movements of the 20th century. Longstanding ideas and habits came under scrutiny as activists questioned and changed the nation’s basic institutions, including all branches of government, the workplace, and the family. Through a collection of primary sources, Professor of history and public policy Nancy MacLean’s book includes the voices of women of all ages, classes, and ethnicities, dispelling the misconception that the movement was solely a white, middle-class cause. 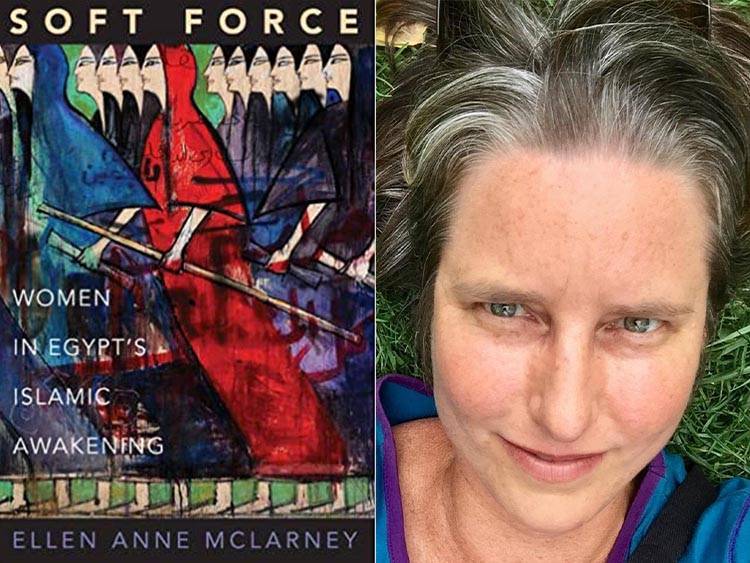 In the decades leading up to the Arab Spring in 2011, when Hosni Mubarak's authoritarian regime was swept from power in Egypt, Muslim women took a leading role in developing a robust Islamist presence in the country’s public sphere. Associate Professor of Asian and Middle Eastern Studies Ellen McLarney examines the writings and activism of these women — including scholars, preachers, journalists, critics, actors, and public intellectuals — who envisioned an Islamic awakening in which women’s rights and the family, equality, and emancipation were at the center. 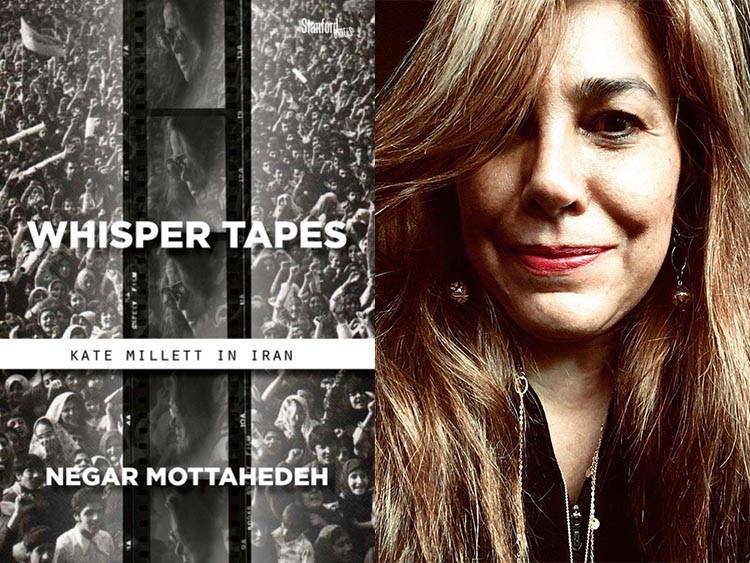 Listening to the revolutionary soundscape of Kate Millett's audio tapes, Professor of Literature Negar Mottahedeh offers a new interpretive guide to Revolutionary Iran, its slogans, habits, and women's movement―a movement that, many claim, Millett never came to understand. Published with the 40th anniversary of the Iranian Revolution and the women's protests that followed on its heels, “Whisper Tapes” re-introduces Millett's historic visit to Iran and lays out the nature of her encounter with the Iranian women's movement. 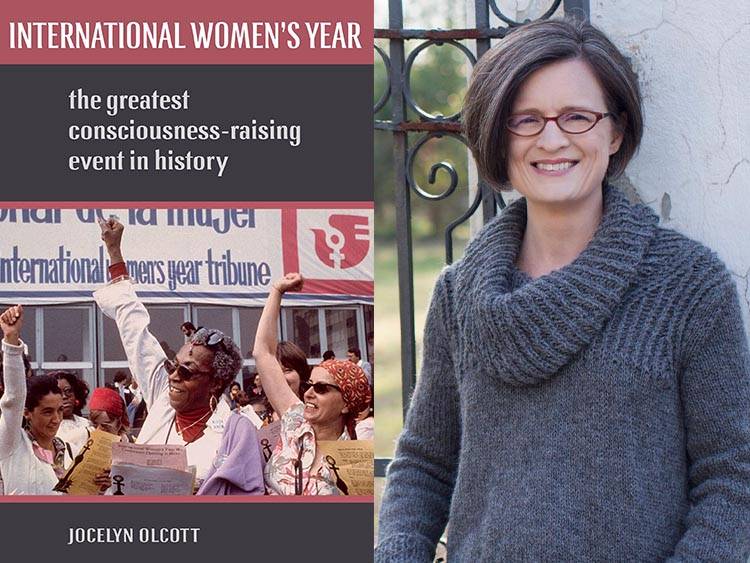 Amid the geopolitical and social turmoil of the 1970s, the United Nations declared 1975 as International Women's Year. The capstone event, a two-week conference in Mexico City, was dubbed by organizers and journalists as "the greatest consciousness-raising event in history." While participants expressed dismay at levels of discord and conflict, Professor of History Jocelyn Olcott explores how these combative, unanticipated encounters generated the most enduring legacies, including women's networks across the global south, greater attention to the intersectionalities of marginalization, and the arrival of women's micro-credit on the development scene. 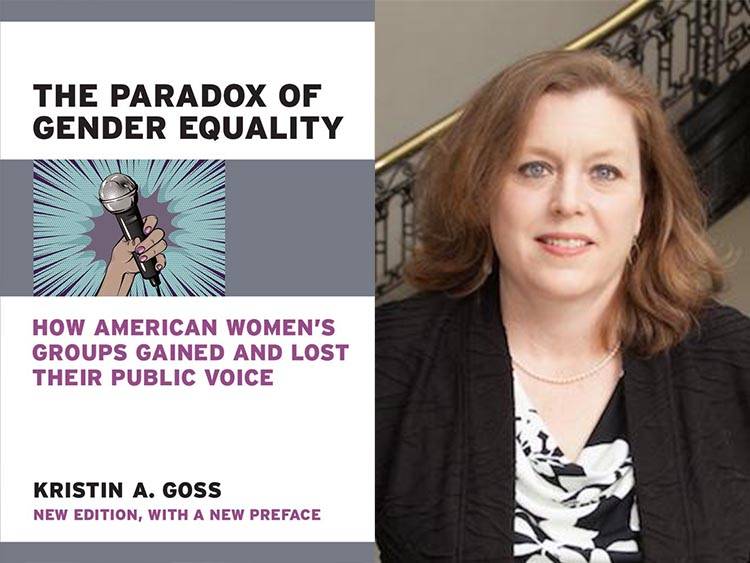 The Paradox of Gender Equality by Kristin Goss

Drawing on original research, Professor of public policy and political science Kristin A. Goss examines how women's civic place has changed over the span of more than 120 years, how public policy has driven these changes, and why these changes matter for women and American democracy. She asks what women have gained — and perhaps lost — through expanded incorporation as well as whether single-sex organizations continue to matter in 21st-century America. 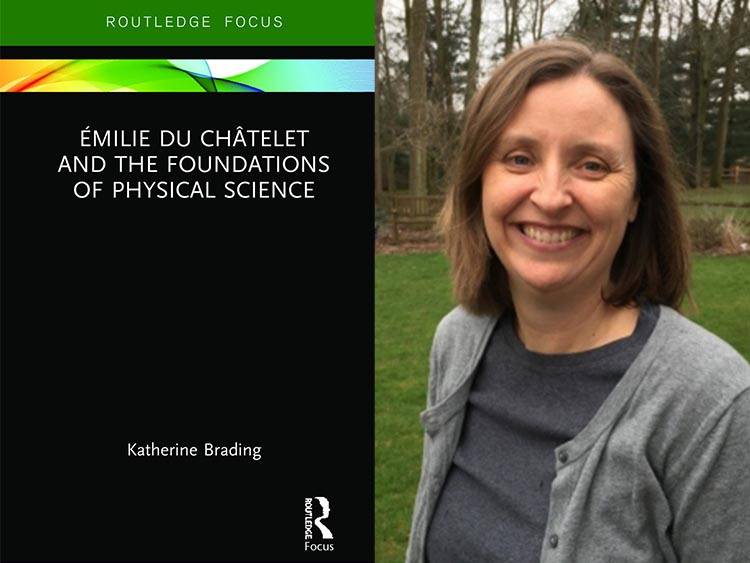 The centerpiece of Émilie Du Châtelet’s philosophy of science is her “Foundations of Physics,” first published in 1740. It contains epistemology, metaphysics, methodology, mechanics, and physics, including such pressing issues of the time as whether there are atoms, the appropriate roles of God and of hypotheses in scientific theorizing, how (if at all) bodies are capable of acting on one another, and whether gravity is an action-at-a-distance force. Du Châtelet sought to resolve these issues within a single philosophical framework that builds on her critique and appraisal of all the leading alternatives of the period. Professor of Philosophy Katherine Brading argues that Du Châtelet put her finger on the central problems that lay at the intersection of physics and metaphysics at the time, and tackled them drawing on the most up-to-date resources available.