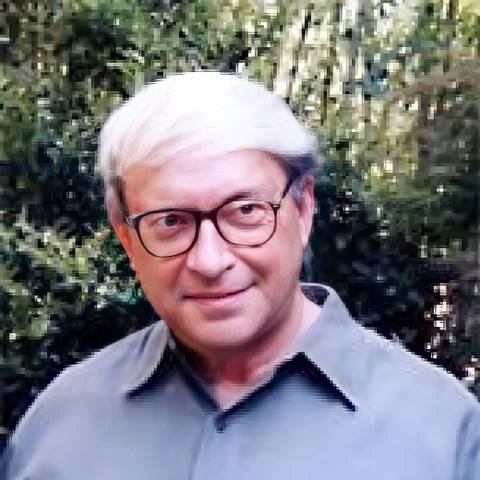 He was the author of The Shield of Homer (Princeton University Press, 1993) a masterful interpretation of narrative sequence in the Iliad. It was nominated for the prestigious Goodwin Award of Merit of the American Philological Association (now the Society of Classical Studies).

“Taking structural emphasis as a guide to poetic discourse,” said his publisher, he argued the Iliad was “not a poem of ‘might’ — as opposed to the Odyssean celebration of ‘guile’ — but that in advocating social and personal reconciliation the poem offers a profound indictment of a warring heroic society.”

“He was a brilliant Hellenist,” said colleague Mary T. Boatwright, “In my first year at Duke he invited me to visit him, perhaps for tea, and I was simply amazed at the number of beautiful, eclectic objects he lived with. And he had a beloved cat, I think Hatshepsut by name, who could wend her way around all the delicate art pieces without moving even one. His quiet demeanor masked a wickedly funny humor.”

Stanley was born in Gainesville, Fla. After graduating the University of Florida with high honors in 1957, he received his doctorate from Johns Hopkins, and was awarded the Woodrow Wilson and Samuel Fels Fellowships there. He came to Duke in 1961, among other positions assuming those of director of undergraduate studies, curator of the Duke Classical Collection, and editor of the journal Greek, Roman and Byzantine Studies during a distinguished career.

He taught at the Intercollegiate Center for Classical Studies in Rome in its inaugural semester (spring 1966), seeing Etna aglow on a student trip to Sicily and meeting Pope Paul VI face to face (“he didn’t flinch and I didn’t genuflect.” as Stanley later wrote).

He won the devotion of students across generations. He was an avid ceramicist, glazier and bookbinder.

Stanley may be best memorialized in his own words, taken from a 1984 monograph for Duke University Press, a meditation on scholarly life that resonates as he passes from a world beset by uncertainties.

“I have no empire to build, my risks are minor, and I shall probably die in the conventional modern way, attached not to a heroic ideal but to a machine with knobs and dials and peeling enamel; but I do not fault the ideal, and had rather live in the shadow of an Achilles than of the calculating opportunist, Odysseus, or bask in the limelight of the easy, the limited, and the repetitious.”

He will be greatly missed.

A Zoom memorial will be held on Feb. 28. The time will be announced later. Anyone who wishes to attend can write to: kstanleymemorial@gmail.com