Americans were shocked Wednesday by the image of rioters storming through the U.S. Capitol, ransacking galleries, hallways and offices.

For law professor Darrell Miller, the attack also prompted questions about white supremacy and how Americans respond to race. 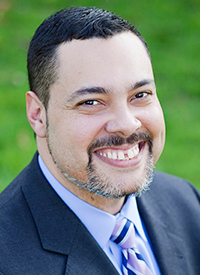 “The police response to the insurrection at the Capitol shows two things,” said Miller, Melvin G. Shimm Professor of Law at Duke. “First, how incredibly dangerous it is if we as a country allow armed political protest to become the norm. One person was tragically shot and killed in this insurrection. I can’t imagine the loss of life if the mob had stormed the building with guns.”

Miller added that the events also “show yet again how race seems to condition perceptions of threat in America.”

“We have a country where an African American boy playing with a toy gun in a public park is shot to death while a white middle-aged man wielding a Confederate flag – and who knows what else – can literally break into the seat of government, plop down in the House speaker’s chair, and then have the door held for him as he exits the building,” he said. 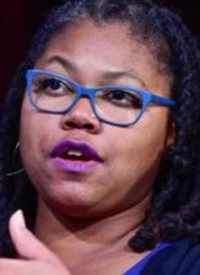 The actions of the predominantly white protesters at the Capitol Wednesday had Duke historians looking for historical analogies. Historian Adriane Lentz-Smith noted that the nation’s capital has seen white rioters before.

“Usually, though those mobs turned their fury on Black communities and Black businesses,” said Lentz-Smith, a scholar of African American history and 20th century U.S. history. “But historically those mobs have not been set loose by the President himself.”

“On Wednesday, we witnessed a mob of everyday people, including veterans and state legislators, storming Congress holding Dixie flags, in hopes of negating the election. That flabbergasting reality affirms that the antidemocratic commitment undergirding white supremacy endangers not just specific communities, but America itself.”

Lentz-Smith noted that the riot occurred in the immediate aftermath of a historic political milestone: “It’s no surprise that this eruption of white nationalist violence threatened the national legislature on the same day we celebrated Raphael Warnock’s victory as the first Black Democrat elected to the Senate from the U. S. South.

“Civil rights struggles often face bloody resistance. Wednesday saw the culmination of two very different social movements: one a hopeful vision for a capacious democracy, rooted in the Black organizing tradition; another grounded in violent racial competition. In the elections, most Americans chose the promise of the former.” 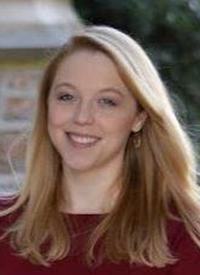 Political scientist Ashley Jardina, who studies the role of racial identity in American politics, emphasized the role of President Trump and other political leaders in using race to stoke outrage.

“A recent public opinion poll revealed that 45 percent of Republicans supported the actions of those who stormed the Capitol building,” Jardina said. “The fact that so many supported this insurrection starkly shows not only how misled, politically polarized, and fractured the American public has become, but also how far a large percentage of white Americans are willing to go in destroying fundamental democratic norms in order to maintain power. And it demonstrates how poorly we protect democratic norms when they are violated by white people.

“In June, peaceful Black Lives Matter protestors holding signs in a park near the White House were attacked by police wielding batons and deploying tear gas. The vast majority of yesterday’s rioters, who were overwhelmingly white, walked away without being detained after storming a federal government building, destroying property and terrorizing elected officials. The contrast reveals how differently our powerful institutions treat white people relative to racial and ethnic minorities.”

The riots also raised questions about President Trump’s responsibility and the future of the Republican Party in which he remains a dominant figure. 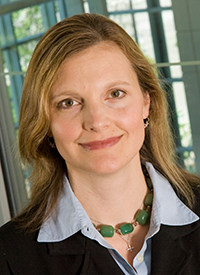 “The president exhorted his followers to riot on Jan. 6, not just in his rally before the Capitol siege but in the many rallies, speeches, tweets, demands, and outright lies that preceded it,” said law professor Lisa Kern Griffin. “The post-election period seems the tragic culmination of a presidency that combined demagoguery and deceitful grift. The rioters’ actions at the Capitol were inextricably and inevitably connected to the president’s rhetoric and actions. All of which was amplified by the president’s aides, attorneys, and allies in Congress.

“I believe the president bears responsibility—both moral and criminal—for the actual desecration of democracy,” added Griffin, Candace M. Carroll & Leonard B. Simon Professor of Law. “Jan. 6 is only the most recent episode, but it is also the most vivid. There was a seditious conspiracy to hinder the execution of federal law and possess federal property by force. There were fatalities. Pipe bombs had to be disarmed. And all of this was ‘incited’ by the president, which itself is a crime.” 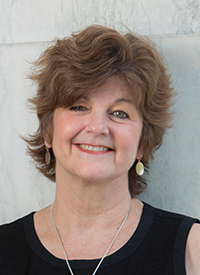 To historian Nancy MacLean, the unprecedented event was further evidence of major changes in the Republican Party. MacLean studies the history of right-wing political groups within the conservative movement

“Yesterday, the Republicans who stood up for democracy, including Mitt Romney and Liz Cheney, were those who have been called RINOs by the right -- Republicans in Name Only,” MacLean said.

“They now have to face the truth: That their party has been taken over by CINOs (Conservatives in Name Only). The CINOs, who now make up the vast majority of GOP elected officials, have been bent to the will of radical libertarian arch-right donors who hold government in contempt. Until we come to terms with that, we are shadowboxing.”