During Yom Kippur, Jews traditionally read the entirety of the Book of Jonah from the Hebrew Bible. Known as the Day of Atonement, the holiday -- the holiest day in Judaism -- is dedicated to repentance, and the Book of Jonah is a fitting reading. It tells of God sparing the city of Nineveh, known for its wickedness, when the people repent for their sins. 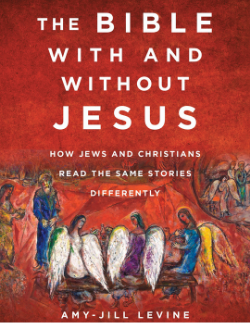 The New Testament includes references to Jonah as well, but not primarily as a story of repentance. For Christians, Jonah’s three days and nights in the belly of the fish is a foreshadowing of Jesus’ resurrection.

Jonah is just one example among many of how Jews and Christians read the same stories in vastly different ways. In their new book, “The Bible With and Without Jesus: How Jews and Christians Read the Same Stories Differently,” Marc Zvi Brettler and Amy-Jill Levine explore the book of Jonah and nine other passages from the scriptures Jews and Christians share -- what Jews call the Tanakh and Christians call the Old Testament -- to offer new insights not just about Jewish and Christian readings, but also about how we interpret everything we read and why we so often misunderstand other religions.

The book comes at a time when improved understanding is increasingly essential. “On the one hand, Jewish-Christian relations are relatively okay these days -- certainly better than they were decades ago,” said Brettler, the Bernice and Morton Lerner Distinguished Professor in Judaic Studies in the Department of Religious Studies. Myriad daily examples -- like a local church donating its space to the Durham congregation Brettler attends while their synagogue was being renovated -- show anti-Semitism receding, he said.

But other signs point to enduring bigotry and conflict, Brettler notes. “It’s two years after the synagogue massacre in Pittsburgh, and we just had an election in which QAnon -- which has a very anti-Semitic substratum -- was at the fore in some elections, and even the national election.”

In that context, “The Bible With and Without Jesus” opens a path to improved cultural understanding. “We thought this was a helpful way of introducing Christian theology to Jews,” said Levine, who received her M.A. and Ph.D. in religious studies from Duke and is now University Professor of New Testament and Jewish Studies at Vanderbilt. “That’s a form of respect. And we’re introducing Jewish readings to Christians, which is also a form of respect.” 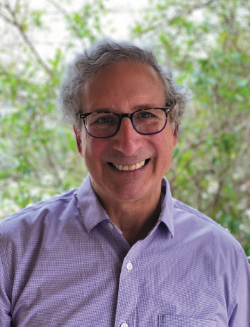 In making these mutual introductions, Brettler and Levine seek to remove misunderstandings and misreadings that fuel negative stereotypes in both communities.

The two scholars are particularly well-suited for the project. Brettler specializes in the Hebrew Bible and Levine in the New Testament. They previously collaborated in co-editing “The Jewish Annotated New Testament” and, deciding they had more to say, drew on their training to provide a volume informed by historical, literary and theological insights.

That approach is clear from the book’s structure. Each of the 10 core chapters examines a specific passage or theme from three different angles: What it meant in its original historical context, how Christians have interpreted it, and how Jews have read the same texts differently.

In the process, Brettler and Levine show that the passages’ meanings continue to change over time. They also elucidate linguistic and literary questions that complicate interpretations. For instance, they consider the variety of readings enabled by the fact that ancient Hebrew was written without vowels or punctuation marks, and the impact that Greek translations of the Hebrew texts had on Christian doctrine. 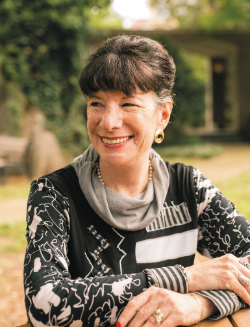 The idea of an unstable meaning that changes over time may make many readers uncomfortable. Yet Brettler and Levine argue that finding diverse meanings in a text is essential to the power of all literature, and especially religious works. “The text is bigger than any one religion,” Levine said.

“Part of what we’re trying to make people realize is that this type of instability of interpretation is very natural,” Brettler added. “If you read a text when you’re six and then again when you’re 60 and get exactly the same thing out of it, something has gone wrong and it hasn’t gone wrong with the text.”

Embracing the opportunity of finding multiple meanings is especially important for the Bible, which is so foundational for different religions. Assuming a single, fixed meaning breeds ignorance of others, and thus conflict. “I think that’s selling things like revelation and the Holy Spirit short,” Levine said.

By showing how Jews and Christians have adapted biblical texts to their own experiences, Brettler and Levine offer an example for how communities can respect their differences. The scholars show how no single group can claim that it alone has the correct understanding of a text. They also demonstrate how groups can learn to appreciate the interpretations others offer. In doing so, Brettler and Levine offer a strong argument that an ever-changing interpretation has been key to the impact of these passages.

“Most people think that instability is always bad,” Brettler said. “But the reason the Bible has survived is because its meaning has been unstable.”