Duke is internationally known for its teaching and research, but all who work and study here know who really runs the place: Sciurus carolinensis, the eastern grey squirrel. From the university’s beginnings in Durham as Trinity College, faculty and staff have been amused by this scampering rodent, whose search for food seems to be equaled only by its need for mischief. Some, like Pee Wee the Squirrel (seen below), became campus legendary. In a 1966 letter to director of university operations Henry F. Bowers, Security Division chief W. C. A. Bear recounts his battle to remove a squirrel from inside of a campus vending machine.

Below, we play tribute to the most omnipresent creature on campus:

A group of squirrels is called a "dray" or a "scurry".

From the Duke University Archives: "In the 1930s, Pee Wee the Squirrel was a frequent visitor to the offices of the Duke University Press (when it was based in East Duke Building). Exie Duncan, a longtime employee of the press, snapped this picture of Pee Wee having his mid-day snack." 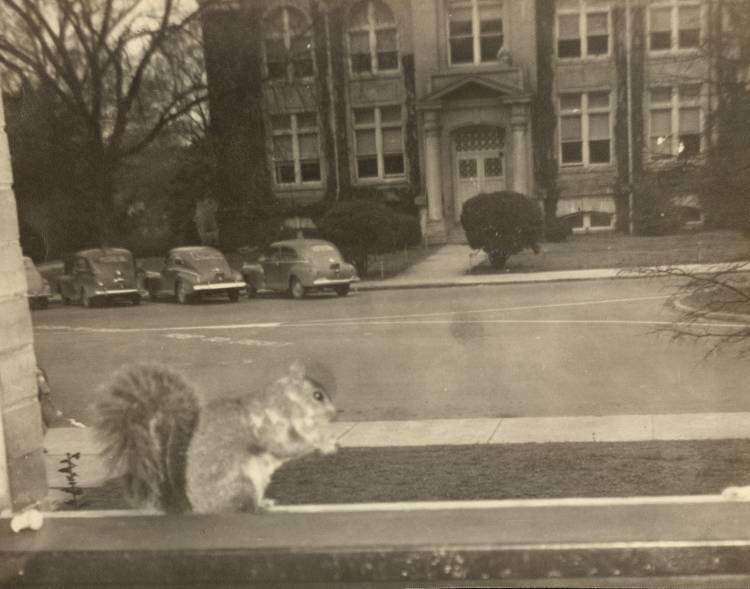 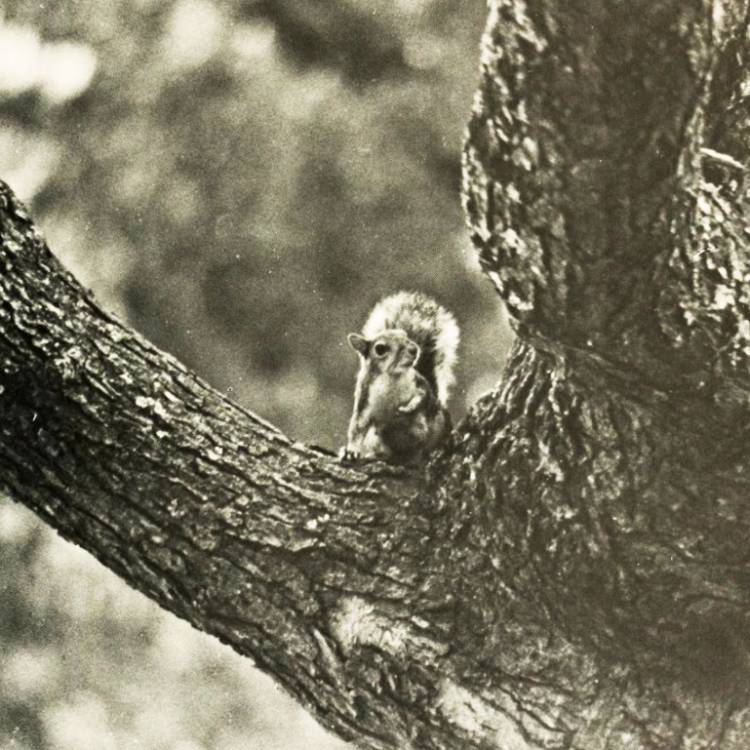 Squirrels live in almost every habitat, avoiding only the high polar regions and extremely dry deserts.

Squirrels can have a lifespan of 5 to 10 years in the wild and up to 10 to 20 years in captivity. 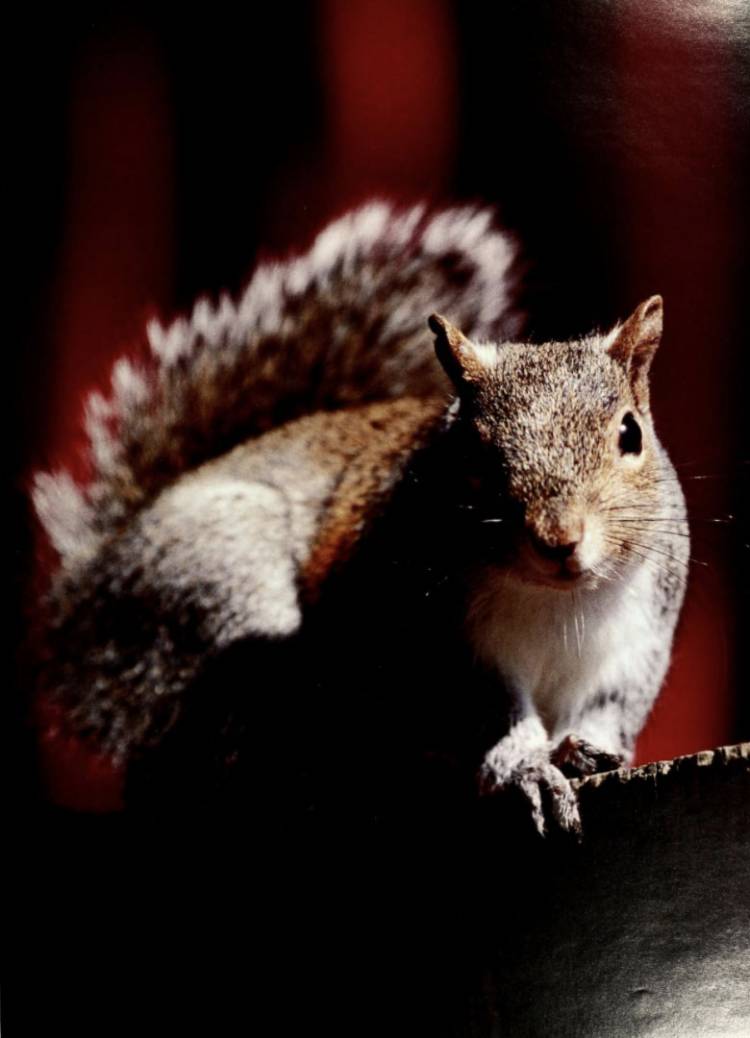 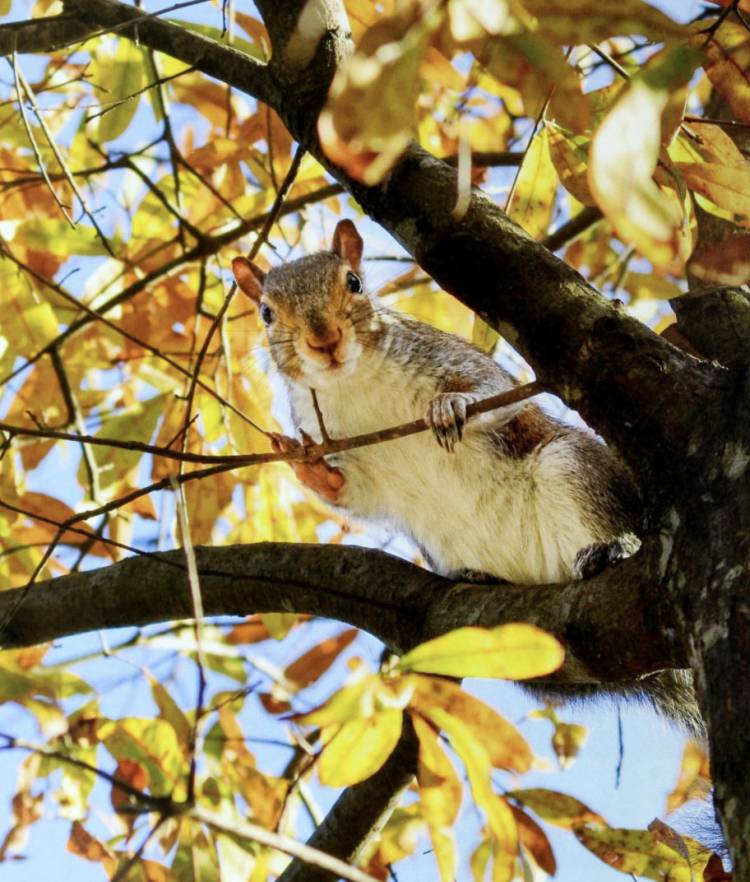 Squirrels are synanthropes, meaning they benefit and thrive from their interaction in human environments.

When squirrels were almost completely eradicated during the Industrial Revolution in New York, they were later re-introduced to "entertain and remind" humans of nature. 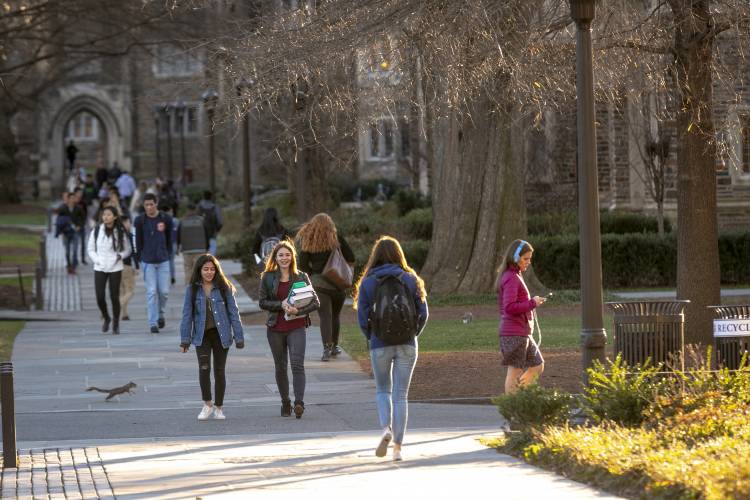 In fall, squirrels bury more food than they will recover.

Squirrels have four front teeth that never stop growing so they don't wear down from the constant gnawing. 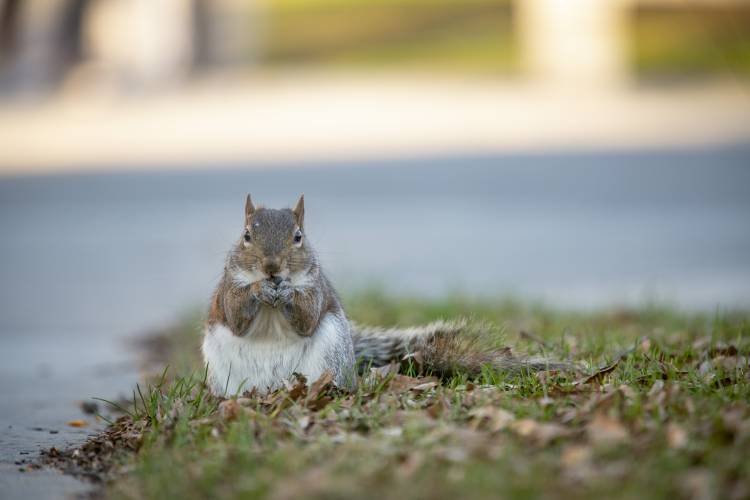 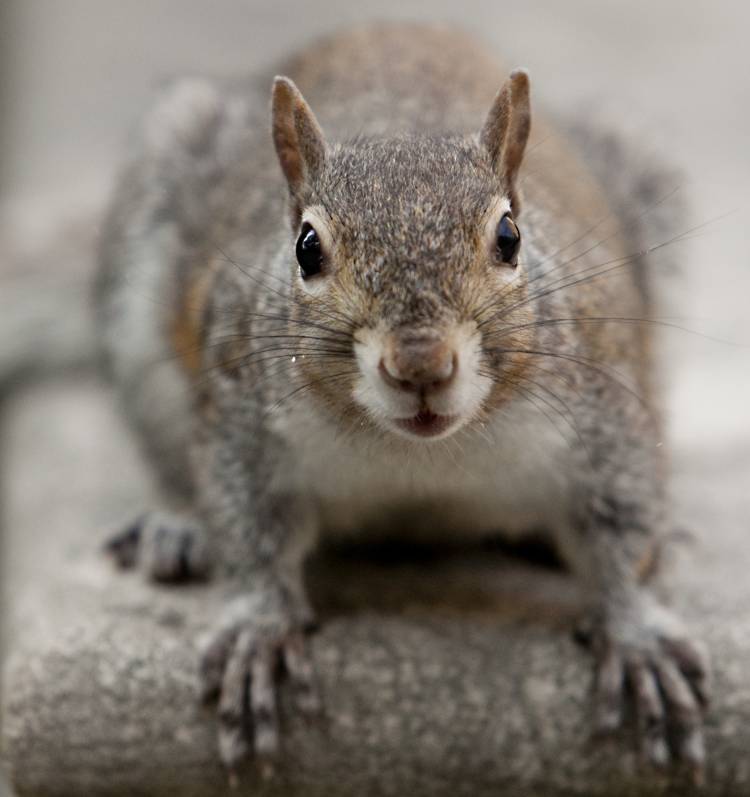 Because of their habit of burying food underground, squirrels are considered one of the most prodigious and ecologically essential natural forest regenerators.

The oldest squirrel fossil found was around 40-35 million years old. 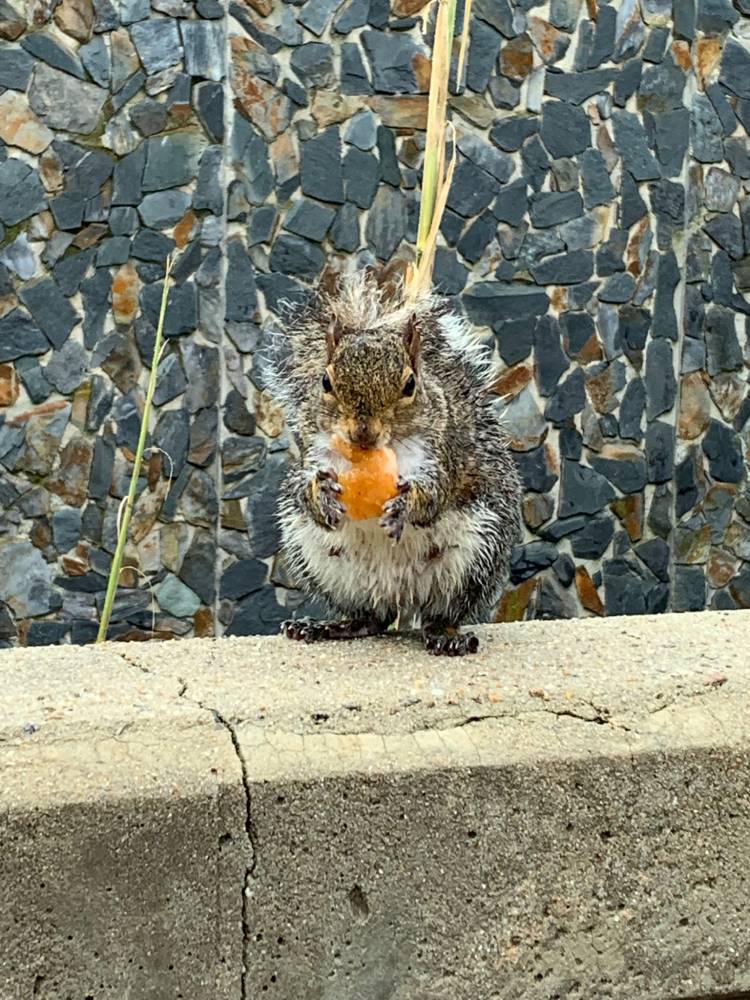 Unlike most mammals, tree squirrels can descend a tree head-first.

To prevent another animal from stealing their food, squirrels will pretend to bury their food while concealing it in their mouths if they feel that they are being watched. 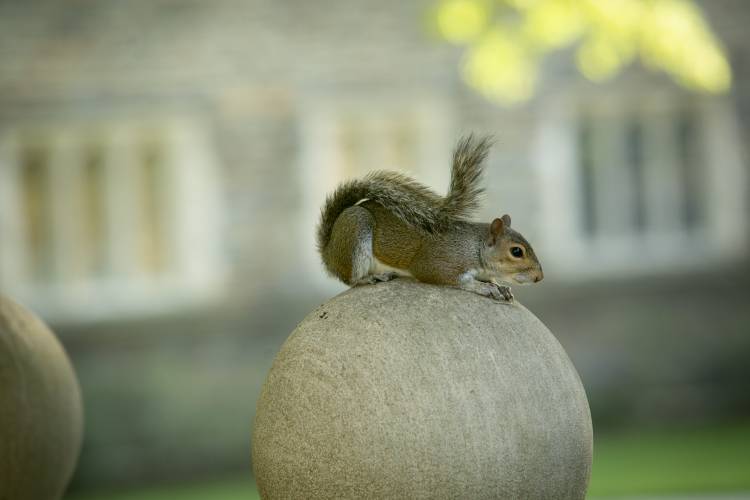