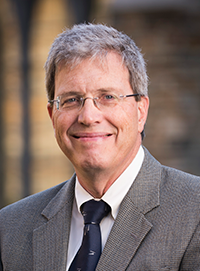 The willingness of left-leaning religious congregations to engage in political activity has spiked in the Trump era, new research shows.

And Black Protestant congregations report a surge in political activity since 2012, perhaps in reaction to the ongoing and increasingly visible abuse of Black men by police, the article found.

“Congregations of all sorts have become more politically active since 1998, but since 2012 the political mobilization of congregations on the left has increased more than on the right; this is especially true of Black congregations,” said Mark Chaves, a Duke University professor of sociology, religious studies and divinity and co-author of the new study. “Some of this increase in recent years is clearly a response to Trump administration policies.”

The clearest sign of this, Chaves said, is increased lobbying and demonstrating by self-described politically liberal churches on immigration. Only 5 percent did that in 2012; in 2018-19, it was 40 percent.

The new study derives its data from the National Congregations Study, a nationally representative sample of congregations across the religious spectrum. Roughly 1,200 leaders of churches, synagogues, mosques, and Hindu and Buddhist temples are interviewed for the survey, which Chaves has directed since its inception in 1998.

The new, peer-reviewed study, co-authored by University of Notre Dame sociologist Kraig Beyerlein, will appear in the December issue of the Journal for the Scientific Study of Religion. It is available online here.

Of those, getting out the vote and distributing voter guides were most popular, with about one-quarter of congregations engaging in each of those efforts, according to the survey.

“I think two factors are driving the spike in Black Protestant churches’ political activity,” said Beyerlein, who directs Notre Dame’s Center for the Study of Religion and Society. “One is police violence against young Black men. The other factor is likely a response to the Trump administration. After all, most members of Black Protestant churches support and vote for the Democratic Party, and almost certainly do not see this administration as on their side. The rise reflects, in part, the historical legacy of the Black church's mobilization to fight racism, such as this religious institution doing so during the U.S. civil rights movement of the 1960s.”

As nonprofit organizations, churches can engage in education efforts related to politics but risk losing their tax-exempt status if they endorse political candidates.

In 2017, President Trump signed an executive order he said would loosen restrictions on free speech by religious organizations. It did not, however, overturn the Johnson Amendment, the law banning tax-exempt organizations like churches from engaging in explicitly partisan political speech and activities.

If it had done so, the result may have had unintended consequences by encouraging more political activity by liberal congregations than by conservative congregations, according to the study data.

More than one-third (34 percent) of minority congregations – Jewish, Muslim, Hindu, and other non-Christians – reported an interest in endorsing political candidates if doing so wouldn’t jeopardize their tax status. And 37 percent of Black Protestant churches would do so if the tax law changed, the study found. Notably, 45 percent of self-described liberal congregations would do this if the tax law changed, compared to only 11% of self-described conservative congregations.

“The executive order clearly was aimed at encouraging this kind of partisan activity on the right,” Chaves said. “But our data show it’s actually the churches on the left that would be more likely to change their behavior on this. That’s the irony of it.”

Even with the increase in interest, the overall number of churches willing to begin endorsing political candidates if allowed by law would still be small – about 20% of the whole, Chaves noted.

“Most congregations across the spectrum would still be very reluctant to do it,” he said, “because most consider it not their place.”

Trump’s hardline immigration policies since taking office in 2017 appear to have prompted action especially among religious minority and left-leaning predominantly white congregations. The study found a huge increase in interest in immigration issues from its 2012 survey to its more recent version in 2018-19, with the percentage of white mainline Protestant congregations participating in pro-immigrant lobbying or marching rising from 3 percent to 15 percent.

There are too few synagogues, mosques and Hindu and Buddhist temples in the data to examine separately, but when combined the percentage of pro-immigrant lobbying or marching among these congregations increased from 2% in 2012 to 25% in 2018-19.

Catholic churches report high levels of involvement around immigration issues, reflecting a long Catholic focus on immigrant rights, but not a statistically significant increase in this activity since 2012.

“This is another point of historical continuity,” Beyerlein said. “As many of these congregations did in the 1980s during the sanctuary movement, they mobilized to show the world that they stand in solidarity with immigrants and to denounce the current administration's policies that dehumanize and harm immigrants.”

Tell Us About Your Workplace Pet Faves