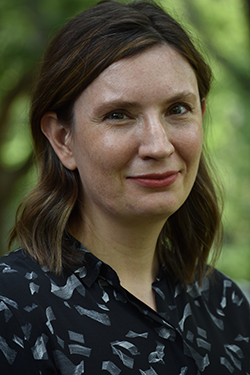 Researchers have found no evidence that the U.S. Supreme Court’s modification of the 1965 Voting Rights Act led to voter discrimination in North Carolina through partisan relocation of polling places.

Despite concerns the 2013 decision would lead to such unfairness, a cross-county study of North Carolina elections concludes that the state’s politically appointed county elections officials did not appear to change polling place locations to suppress voters of the opposite party following the ruling.

“Overall, we find no evidence that local administrators allocate precincts and polling places in a manner consistent with partisan manipulation for electoral gain,” the study says. “There is also little evidence that the removal of minority voter protections in Shelby County (Alabama) v. Holder impacted polling place placement. If partisan-motivated decisions occur in North Carolina, they are seemingly more idiosyncratic than pervasive.”

For decades, states with a history of discrimination – including N.C. -- had to get U.S. Department of Justice approval to change locations of polling places and other voting-related actions. The Supreme Court ruled that that practice was no longer necessary.

The study focused on North Carolina because it is a closely contested state where researchers said voter-suppression measures could have real consequences for the outcome of elections. It’s also a state where claims of voter suppression -- whether through the use of Voter ID laws or changes to early voting availability -- have been rampant, the researchers added.

Adriane Fresh, an assistant professor of political science at Duke, conducted the study while she was a postdoctoral fellow at Vanderbilt University, along with three co-authors at the Nashville school. The study, “The Politics of Locating Polling Places: Race and Partisanship in North Carolina Election Administration, 2008-2016,” appears online in the Election Law Journal.

“Our results therefore suggest that, in North Carolina, in the years we study, it is unlikely that precinct and polling place changes were used as a tool designed to suppress voter turnout amongst voters of particular partisanship or race,” the study says. “To be clear, this does not mean that this type of manipulation was not attempted, only that it was not successfully implemented.”

Fresh says polling place changes are not always synonymous with discrimination. Polling places can be closed or moved for reasons unrelated to potential election outcomes -- as a cost-saving measure, for not complying with ADA requirements, lacking parking or being at locations that no longer wish to host polls, she said.

Fresh said the paper is limited in scope to this one form of administrative discretion, though it’s possible that other types of electoral manipulation aimed at voter suppression may be occurring.

“From the perspective of voters, those who are members of the opposition party to those making such changes should be more likely to experience moves or closures than those supporters of the party making changes if partisanship is systematically affecting the decisions. And we do not find that,” Fresh said in an interview, adding: “We study a time when Democrats were in charge of these changes and a time when Republicans were in charge.”

The findings also showed that Black voters – the overwhelming majority of whom are registered Democrats in North Carolina -- were not more likely than other Democratic voters to have had their polling places changed by Republican-appointed administrators. Polling places were also not more likely to be moved farther from opposition voters or to be consolidated in a way that could lead to longer voting lines, which can cause delays.

“To be clear, we cannot prove that strategic manipulation did not occur in the counties where the patterns are consistent with targeting, but the fact that opposition-party voters are as likely to be harmed as helped statewide suggests that the changes we document are likely made primarily for non-strategic reasons,” the authors wrote.

The researchers collected individual-level data on 2,350,731 voters from snapshots of the North Carolina Voter Roll provided by the North Carolina State Board of Elections between 2008 and 2016. This included registration status, party registration, race, gender and age that they then paired with records from the board on if and how -- on Election Day, mail-in, or early in-person -- each voter voted in the three presidential elections.

They supplemented this data with information on precinct boundaries and the location of nearly every polling place in the state for each election.

“Our findings are consistent with the fact that polling places have closed in North Carolina. We do not dispute that,” she said. “What we look for is whether those polling places that have closed or moved, or for those precincts that have been consolidated, there is evidence that such changes were done to disenfranchise (i.e. suppress) opposition voters by making it more difficult and costly for them to vote.”

“Therefore,” Fresh said, “to know whether moves/closures are designed to disenfranchise voters, one needs to look at the nature of those moves/closures.”