DURHAM, N.C. -- A chance mutation that led to spinal defects in a zebrafish has opened a little window into our own fishy past.

Rising fifth-year Duke graduate student Brianna Peskin, who started the project during her first-year rotation in Michel Bagnat’s cell biology lab and “kinda kept coming back to it,” was merely trying to figure out why this one mutation led to developmental issues in a zebrafish’s spine.

What she found is that embryos of the mutant fish have a single-letter change in their DNA that alters the way they build the bones and other structures that make up their spine, leaving them with a shorter body and a tortured looking spine that contains clefts dividing their vertebrae in half.

The mutant fish are named spondo, short for spondylos which is Greek for spine, and also a reference to dispondyly, a condition where each vertebra has two bony arches not one.

But that’s not the end of the story.

When Bagnat’s research colleague Matthew Harris of Harvard Medical School showed some pictures of the mutant fish spine to a colleague in fish paleontology, Gloria Arratia at the University of Kansas, she immediately spotted that the mutants look a lot like fossil specimens of ancestral fish whose style of spine has gone out of fashion in most living fishes.

“And then they both got really excited because they were noticing these similarities between ancestral fossil specimens and our mutant,” Peskin said.

The tiny mutation showed that both recipes for spine development are still to be found in the fish genome.

In the bony fish, known as teleosts, building the spine relies on a tube-like structure running the length of the developing embryo called the notochord. The notochord sets up the patterns that lead to articulated bones and cartilage in the developing spine by sending chemical signals that attract different molecules and cell types to different regions – bone parts here, cartilage parts there.

Human embryos start with a notochord too, but it doesn’t pattern the bony vertebrae the way it does in teleosts; it ends up building the cartilage pucks between the bones, the intervertebral discs.

The gene that is mutated in spondo fish is unique to teleosts and the mutant fish’s notochord doesn’t set up the patterning the way it does in other fish. Rather, its patterning reverts to an ancestral form. So, this tiny difference in DNA may be where land animals like us parted company with our fish ancestors a very, very, very long time ago.

While the zebrafish (Danio rerio) has become a laboratory workhorse for all sorts of interesting studies, its usefulness as a model of human spine development has been in doubt because they grow their backbones differently.

But not anymore. The research team’s new paper, which appears July 20 in Current Biology, shows that the difference between the way teleosts and land animals grow their spines comes down to signaling from the notochord, which was revealed by this single-letter change in the DNA.

And that, in turn, gives them the insight to study human spinal defects with these fast-growing, translucent fish, because the spondo mutants are sensitive to factors known to cause congenital scoliosis in human children, a curvature of the spine.

“This work not only gave us a glimpse into spine evolution, but also made us understand how the spine is put together in mammals,” said Bagnat, who is an associate professor of Cell Biology in the Duke School of Medicine. “Moving forward, we’ll be able to use mutations like spondo to unravel the complex genetics of scoliosis and other spine defects that are rooted in the biology of the notochord and have been intractable until now.”

“Overall, what this study means is that notochord signals are key to establishing the spine. These signals have changed over evolutionary time and account for differences that exist in spine patterning strategies across vertebrates,” Peskin said. “So we are all fish after all.” 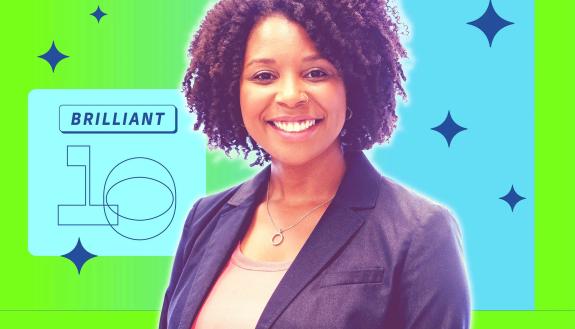 Chantell Evans: Bold Thinking on the Roots of Neurodegenerative Disease 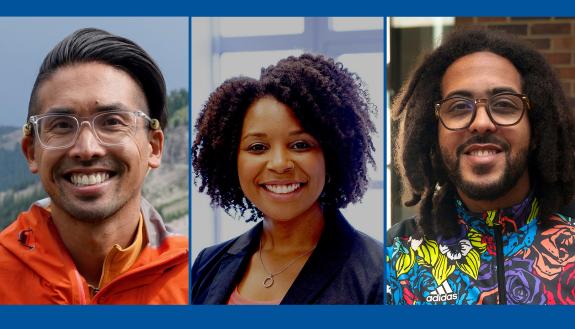