Travis Knoll expected to be in Brazil this summer. A Ph.D. student in History, he planned to visit film and Catholic Church archives to further his work on the relationship between Catholic thought, modern Black movements and education policy. But COVID-19 intervened.

Recognizing that many students’ plans for teaching, research trips and in-person internships were overturned, Provost Sally Kornbluth and Executive Vice Provost Jennifer Francis pledged that Duke would provide employment opportunities for Ph.D. students who needed them this summer.

Behind the scenes, many of their colleagues scrambled to identify virtual opportunities for students to receive funding while advancing their career development. Their outreach resulted in full coverage for all Ph.D. students in need.

A Robust Slate of Opportunities

“We were thrilled to see the creativity that Duke units and our external partners brought to this undertaking,” said Balleisen.

In addition to funding support, free online short courses through the Duke Graduate Summer Academy provided professional development opportunities. Topics ranged from software development and entrepreneurial strategy to science policy and teaching with archives. Student demand was so high that all courses filled up within 15 minutes, prompting Duke to launch a second session that was also heavily subscribed. 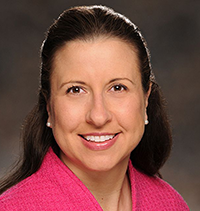 When Duke needed to identify hosts for remote internships at short notice, Balleisen reached out to Jacqueline Olich, Vice President for University Collaborations at RTI International. Based in Research Triangle Park, RTI is one of the world’s largest independent research organizations.

Olich, who has a Ph.D. in history, leads the University Collaboration Office and oversees the RTI University Scholars Program and the RTI Internship Program.

Balleisen explained that Duke would provide the funding if RTI scholars would commit their time as supervisors.

Olich quickly identified researchers who were willing to come up with project descriptions in a hurry. “I targeted colleagues who already had a tie to Duke,” she said, “such as alumni, or through Duke-RTI Scholars, or individuals who had previously received our mentor award for working with interns, as well as colleagues who had experience in academic settings.”

Her own office is working with a Duke intern this summer. “If we’re going to do this, we should model it,” she said. “That’s what RTI is about.” She hired Travis Knoll, whose research trip to Brazil had been canceled.

“COVID-19 forced me to put [the trip] on hold,” Knoll said. “Another door opened when RTI invited me to interview dozens of its researchers, staff and executives for a project mapping RTI’s vast organizational structure, which spans global development, education, health research and applied sciences. With this information, I am synthesizing a history of RTI’s past and future collaborations and most important to my own research, learning how RTI is working to improve racial equity internally and through its partnerships.”

On June 8, more than 90 people took part in RTI’s summer internships kickoff meeting, including the entire executive leadership team. Amy Vargas-Tonsi, Project Operations Manager for University Collaborations, said the interns will participate in panel discussions at an end-of-summer virtual event. The 12th Annual RTI Internship Showcase is on August 7 from 9:30 a.m. to 12:00 p.m.

Olich said her colleagues’ positive engagement with doctoral students “is a testament to RTI’s commitment to training the next generation of researchers [who are] improving the human condition and advancing science. I’m honored that Duke recognizes our importance as a partner in giving students this experience.”