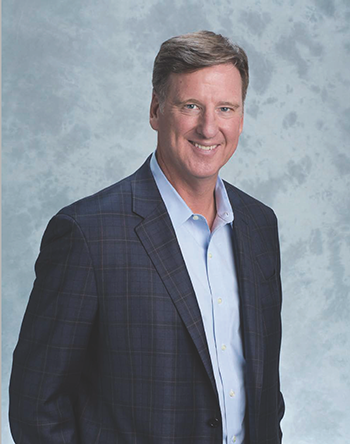 William R. Goodell will serve as Interim Executive Director of the Robertson Scholars Leadership Program, an undergraduate leadership development program which is sponsored and administered by The Robertson Foundation in cooperation with UNC Chapel Hill and Duke University.

Goodell, an attorney, was most recently president and chief operating officer of San Francisco-based Partner Fund Management. He is former general counsel for Julian Robertson’s Tiger Management and served as the first president of the Robertson Foundation.

“The Robertson Scholars Leadership Program has fostered a community of leaders here at Carolina and at Duke for 20 years,” UNC-Chapel Hill Chancellor Kevin M. Guskiewicz said. “Robertson Scholars have made a difference around the world and I am confident that the program’s tradition of excellence will continue under Bill’s leadership.”

"I am delighted by Bill Goodell’s appointment to lead the Robertson program through this period of transition,” Duke President Vincent E. Price said. “Bill has a great vision for the continued success of this unique program, which offers the strengths of two great universities as we work together to foster a new generation of leaders. I look forward to working alongside him in the months to come."

The Robertson Scholars Leadership Program was founded in 2000 with a mandate to develop leaders who will make transformational contributions to their societies, communities and campuses. One of the preeminent undergraduate leadership programs in the country, the program nurtures greater collaboration between Carolina and Duke.

“We have worked with Bill for many years, and have great confidence in his ability and character,” Robertson Scholars Founder Julian Robertson said.

Duke and UNC-Chapel Hill are coordinating with the Robertson Foundation in a nationwide search to find the permanent successor.

“I couldn’t be more pleased that Bill Goodell will serve as the interim Executive Director of the Robertson Scholars Leadership Program,” said Eric Mlyn, a lecturer at Duke’s Sanford School of Public Policy and head of the search committee. “Bill was there at the creation and has been involved in nearly every aspect of the program ever since.  He brings a deep commitment to the mission of the program and to leading it in its next important stage of development.”

With plenty of safeguards and patience, some research resumes in pockets on campus