April is National Poetry Month. As the coronavirus pandemic continues, we wondered if Duke’s writers and literature scholars are turning to particular poems right now, perhaps for their beauty, wisdom, or potential to inspire, or as a mirror for this moment. Duke Today reached out to three professors in Duke’s English department and literature program with the question, “What poem are you reading now?” 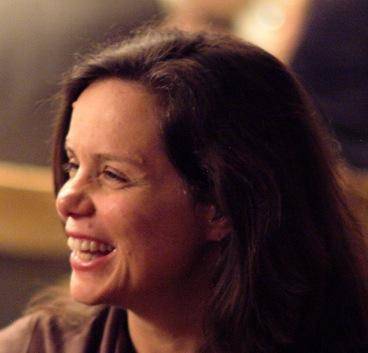 Faulkner Fox, a writer and lecturing fellow in the English department, is the guiding force behind the “Poem of the Day” project at the Sanford School’s Hart Leadership Program.

With this project, the Hart program is posting a new poem on its website each day. The project has very personal origins, as Fox explains:

“On March 14th, I talked to my father on the phone.  He had fallen and was feeling very weak. He's 80 years old, with Parkinson's.

We talked about what he might do while he was too weak to do much.  I suggested reading poems if he couldn't read anything longer.  He asked me to send him some.

By the time I emailed him a poem the next morning, he was in the ICU with what, eventually we understood, was COVID-19.  He was one of the first confirmed COVID-19 patients in the state of Virginia.

He is out of the ICU now and recovering—even though we were told he had a less than 10 percent chance to survive.

I realized there's never a reason to wait to send poems.  So I started sending them to lots of people, including my students.

A week later, the Hart Leadership Program decided to collect the poems I was emailing, calling it “Poem of the Day.”

Here is the poem I emailed to my father then faxed to the ICU. It’s also the first poem I sent out to lots of people in my life.”

(at St. Mary's)
may the tide
that is entering even now
the lip of our understanding
carry you out
beyond the face of fear
may you kiss
the wind then turn from it
certain that it will
love your back     may you
open your eyes to water
water waving forever
and may you in your innocence
sail through this to that 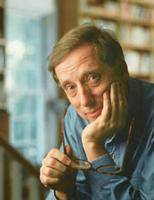 “Some years ago, I was among 100 men to be asked by Amnesty International to select a poem that made me cry (that book was followed by one that had 100 women offer their own preferences). The sonnet that I chose was written by Francisco de Quevedo back in the 17th Century and seemed to be a way of expressing the love I felt, beyond death, for my wife Angélica.

I have returned often to these verses, and more so today when a plague rages and an early death carries away far too many of our fellow humans on this planet. The fact that, along with the fine translation into English, I include the Spanish, allows us to feel compassion towards the multitudes of our foreign brothers and sisters who are suffering this pandemic in a language we may not understand but who share with us the need for the solace of a poem that declares that death may come for us but it cannot stop us from being ashes in love.”

Though my eyes be closed by the final
Shadow that sweeps me off on the blank white day
And thus my soul be rendered up
By fawning time to hastening death;
Yet memory will not abandon love
On the shore where first it burned:
My flame can swim through coldest water
And will not bend to laws severe.
Soul that was prison to a god,
Veins that fueled such fire,
Marrow that gloriously burned -
The body they will leave, though not its cares;
Ash they will be, but filled with meaning;
Dust they will be, but dust in love. 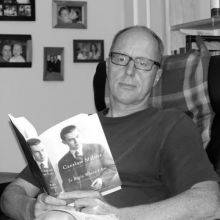 Thomas Pfau, professor of English and German, is teaching a course in poetry to Duke undergraduates this spring. For Pfau, the poetry of Nobel Prize-winning writer Czeslaw Milosz (1911-2004) resonates right now:

“Czeslaw Milosz is someone whose work I hold in exceptionally high regard. His often harrowing experience of 20th-century European history give his voice a gravity quite apposite to our present moment.”

A Song on the End of the World

On the day the world ends
A bee circles a clover,
A fisherman mends a glimmering net.
Happy porpoises jump in the sea,
By the rainspout young sparrows are playing
And the snake is gold-skinned as it should always be.

On the day the world ends
Women walk through the fields under their umbrellas,
A drunkard grows sleepy at the edge of a lawn,
Vegetable peddlers shout in the street
And a yellow-sailed boat comes nearer the island,
The voice of a violin lasts in the air
And leads into a starry night.

Not soon, as late as the approach of my ninetieth year,
I felt a door opening in me and I entered
the clarity of early morning.

One after another my former lives were departing,
like ships, together with their sorrow.

And the countries, cities, gardens, the bays of seas
assigned to my brush came closer,
ready now to be described better than they were before.

I was not separated from people,
grief and pity joined us.
We forget—I kept saying—that we are all children of the King.

For where we come from there is no division
into Yes and No, into is, was, and will be.

We were miserable, we used no more than a hundredth part
of the gift we received for our long journey.

Moments from yesterday and from centuries ago—
a sword blow, the painting of eyelashes before a mirror
of polished metal, a lethal musket shot, a caravel
staving its hull against a reef—they dwell in us,
waiting for a fulfillment.

I knew, always, that I would be a worker in the vineyard,
as are all men and women living at the same time,
whether they are aware of it or not. 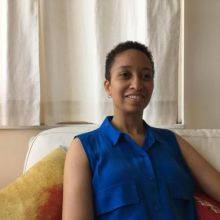 Tsitsi Jaji, a poet and professor of English, has included guest appearances by poets in her remote classes this spring.

“I have had guest poets from Botswana/UK, Nigeria/US, and Carrboro’s poet laureate join my classes in the last couple weeks, so I’ve been reading their poems with my class – not as comfort so much as that part of the “everyday” that is actually almost always extraordinary if we pay attention.

Poetry so often teaches me to feel for the human in the inner world of an unknown.

Here’s one of my favorites, from T.J. Dema’s book "The Careless Seamstress”:

A Benediction for Climbing Boys

Sometimes the chimney was hot or alight.
They sent us up anyway, mostly naked.
At night we, sleeping black,
dreamt of the bakers on Lothbury,
of tight flues and endless winding.

The first time Jonny went up,
there was not even four years behind him.
He was up while the chimney was cold,
before the morning fire was lit. His skinny limbs,
cramped, waited for the mason’s cutting tools.

Luck for the bride who sees us perhaps.
But we are black and blind with falling soot.
We are burnt and scraped, our knees
set to fire with brine and brush
to harden our small hearts.

In the fairy tales, the sweep finds love
with a porcelain shepherdess.
After May day, we are turned from the table
to which we return, for the world gifts us
only sack cloth and ashes.

2.
there is no cap coarse enough
to keep the soot from eye or mouth
No talisman of brass cap badges
to shame the master who sends them up
to fall from roofs and chimneys

to lodge  in flues and suffocate
Whose son has fire set under him
his heels pricked to mend his pace
This is the cold fate of he who is alone
whose mother has died, left his body
for the world to take and make coal
and whose back is bent in youth
his scrotum set to eat itself away
we die knowing what is denied us
air and love, a clean wanting
we fall, we hope, to something warm
that union that sought us out
first as fire now as ash
has left us invisible, sooty faced
only grace lets us fall

As a national health emergency is declared, Duke researchers discuss testing, community responses and who is at risk