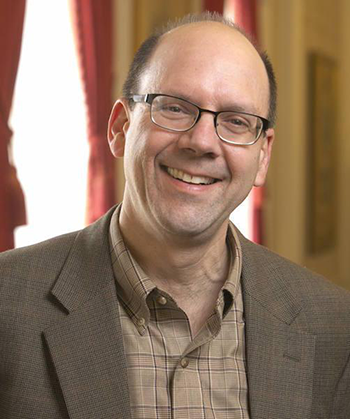 Balleisen was first appointed in 2015 to oversee the university-wide institutes and initiatives, and other programming to foster collaborative, interdisciplinary research, teaching and engagement. His duties include overseeing the institutes and initiatives, Duke University Press, other academic and research initiatives such as Bass Connections, Story+, Data+, and various funding opportunities, such as GSTEG for graduate students and faculty Collaboratories.

“Ed brings a high level of skill, energy and enthusiasm to his leadership of the very broad and complex interdisciplinary portfolio,” remarked Provost Sally Kornbluth. “He has accomplished an impressive amount so far and I am delighted to have the opportunity to continue working with him as vice provost.”

In his first term, growth in both the number of interdisciplinary programs and in student enrollment in them helped support the university’s strategic ambitions. The current academic strategic plan, “Together Duke: Advancing Excellence through Community,” cited the role of interdisciplinary studies as a comparative advantage for university research programs. It also said they supported creating an educational experience that prepares students to meet the most pressing challenges of the 21st century.

In the 2018-19 academic year, more than 1,000 faculty, staff and students participated in interdisciplinary year-long project teams or summer programs.

The faculty review committee, chaired by physics professor Steffen Bass, noted in particular in Vice Provost Balleisen’s first term his demonstrated success with the organization and growth of Bass Connections, his shared leadership on reimagining doctoral education at Duke, and his oversight of the interdisciplinary units, programs, and funding opportunities.

“As committee chair, I would like to thank the committee members for their hard work and long hours spent working on the review,” Bass said. “We are very grateful to the many faculty and staff who provided candid feedback on Vice-Provost Ed Balleisen, helping the committee craft a set of recommendations that will hopefully contribute to his continued success in this role.”

Balleisen joined the Duke faculty in 1997.  His research recently has focused on the history of economic fraud in American markets, where he emphasizes the connections between capitalist innovation and business fraud, as well as the difficulties private organizations and state agencies face in curbing the worst economic deceptions. His most recent book is “Fraud: An American History from Barnum to Madoff” (Princeton University Press, 2017).

'Some Places Will Not Be Livable'