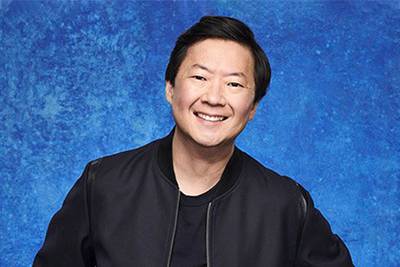 The announcement came in a video to students shown in Cameron Indoor Stadium during the Duke-NC State men’s basketball game.

Jeong received a bachelor’s degree from Duke in 1990, went to medical school at the University of North Carolina, and worked as a physician for years before a small role on “The Office” launched his acting career. He has performed in dozens of film and television roles, including “Community” and “The Hangover” film series. Today Jeong is a popular judge on the TV show “The Masked Singer.”

“I am thrilled that Ken will be returning to Duke as our commencement speaker,” Price said. “If all the world’s a stage, there are few Dukies who have successfully played so many roles - he is an actor and an advocate, a doctor and a devoted Blue Devil, Mr. Chow and Dr. Ken. I know that he will inspire our students to pursue careers of similar passion and purpose, and maybe give us a few laughs along the way.”

Jeong, who spent his childhood in South Korea and Greensboro, North Carolina, has embodied the Duke tradition of students following their passions through all stages of life and career. He began acting at Duke, and went on to perform in theatre and improv while a medical student at the University of North Carolina. He continued to perform regular comedy routines after moving to Los Angeles, where Jeong was a physician of internal medicine. After breakout roles in “The Office” and “Knocked Up,” he transitioned to full-time acting, writing and producing in 2006.

“College is about self-discovery, and if I hadn't attended Duke, I never would have been an actor, comedian, and Instagram model,” said Jeong. “I am honored and thrilled to be coming home and sharing my love with my Blue Devil family.”

Jeong will receive an honorary degree from Duke during the ceremony.

“We are so excited to have Ken Jeong speak this year,” said Katie Cassedy, a senior majoring in economics. “Jeong is an example of the extraordinary possibilities when you graduate. He will really resonate with students for years to come, and I think he’ll bring a lot of laughs, too.”

Commencement exercises are in Wallace Wade Stadium and open to the public.  Find more information about Duke’s 2020 commencement ceremony.