Rawlings and fellow researcher Clayton Childress at the University of Toronto enlisted members of book clubs across the country to read a work of historical fiction -- Jarrettsville, by Cornelia Nixon. The book is centered on real-world events in the post-Civil War period and touches on issues of gender, race and southern identity. 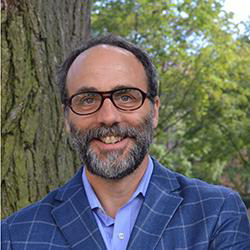 Rawlings recently spoke with Duke Today about what his study found and why it is significant.

How did their opinions change once book club members talked among themselves?

RAWLINGS: Their interpretations of the novel shifted a lot! Before their wine-fueled group discussions of the book, individuals were all over the map about Jarrettsville. Some thought it was a poorly-crafted Romance novel, while most understood it as a work of historical fiction. But when it came to attributing blame for the central plot device – the murder of Nick by his fiancé Martha – as well as the importance of racism and the Civil War for instigating the events in the novel, individuals did not have much agreement at all.

More importantly for us sociologists, we did not see a “male vs. female” or a “Northerner vs. Southerner” divide in how people read the novel individually, even though the novel directly concerned clear issues of gender and region.

The biggest surprise for us was how their subsequent group discussions prompted distinctly “female” and “Southern” readings of the novel. In other words, it took actually getting together, drinking wine, and having a spirited conversation about the novel for these positions to emerge.

What did that change say about how people form opinions?

RAWLINGS: Our quantitative and qualitative findings point in the same direction: shared meanings among specific groups (i.e. men, women, Southerners, etc.) and how these are applied to cultural objects (i.e. paintings, songs, novels, etc.) are likely due to who we tend to interact with most often.

On our own, we do not have strongly ingrained ways of understanding objects, especially when these objects are new to us and not intentionally imbued with controversial meanings. In other words, Jarrettsville is not Romeo and Juliet or a monument of Robert E. Lee. Most people take in such new layers of meaning in an object and don’t have a clear understanding of what a work is all about until they interact with others. And because we tend to interact with people who are like ourselves – a phenomenon called “homophily” in social sciences – we tend to resonate with people around common elements in cultural objects.

For example, we found repeated examples of women talking about ex-boyfriends and husbands in the context of Martha and Nick; and Southerners talking about the silence around racism and the weight of history (e.g. singing Dixie at football games where their school mascot was a Rebel). In fact, the vast majority of book group discussions were not about Jarrettsville at all; so much as the way it invoked certain experiences in the book club members.

You did this with members of book clubs. But could these findings apply as well to other networks of people, such as colleagues in a workplace or members of a musical group?

RAWLINGS: Of course, book clubs are largely populated by older, educated, upper-middle class, white women. But we believe the overall discovery about how meaning emerges from interactions applies to TV, movies, artworks of various kinds. Basically, any object that does not hit you over the head with a clearly ideological message is open to many different interpretations and provides ways for people to connect. The proverbial “water-cooler talk” at the office about the latest episode of Game of Thrones is an opportunity for creating and sustaining a connection. Small groups of people who interact in fateful ways over weeks, months and years – such as academic departments, work teams, church groups and so on – have an enduring importance in shaping how we see the world, even in this age of online interactions.

Our models also suggest the importance of diversity within these groups. Talking with someone who has a very different set of life experiences about a cultural object (e.g. the same characters and plot in a TV show) may be an eye-opening experience, and may bring us to see parts of the work and the world we missed. As long as we are willing to listen, that is.

And what about online interactions? Would these findings apply to people on, say, a politics message board?

RAWLINGS: Social media is often thought of as just a way for people to communicate, but in our view it is a way of producing feelings and meanings. And because social media has narrowed who we come into contact with to be people more like ourselves, our results with book clubs suggest that social media may be in many ways contributing to the fragmentation of society into bubbles or echo chambers.