UPDATE: In conjunction with this exhibit, a panel discussion on "Waging Peace in Vietnam: US Soldiers and Veterans Who Opposed the War" will be held at 4 p.m. Thursday, Feb. 13, in 0014 Westbrook Building, Duke Divinity School.

Panelists will include four combat veterans and two scholar/activists of the Vietnam War. For more information about the panelists and the event, click here.

A new exhibit in the Divinity School underscores that sometimes the most powerful messages of peace come from the people most involved in fighting wars.

The Center for Reconciliation at Duke Divinity School, in collaboration with the Center for Documentary Studies, the Human Rights Center, the History Department, and the Graduate Liberal Studies Program, all at Duke University, is hosting an exhibit titled “Waging Peace in Vietnam: US Soldiers and Veterans Who Opposed the War.”

The exhibit website provides additional information about the people involved in the exhibit. The exhibit opened at the University of Notre Dame’s Kroc Institute for International Peace Studies, in South Bend, Indiana and at the War Remnants Museum in Ho Chi Minh City, in Vietnam in 2018. It is currently touring both the United States and Vietnam. 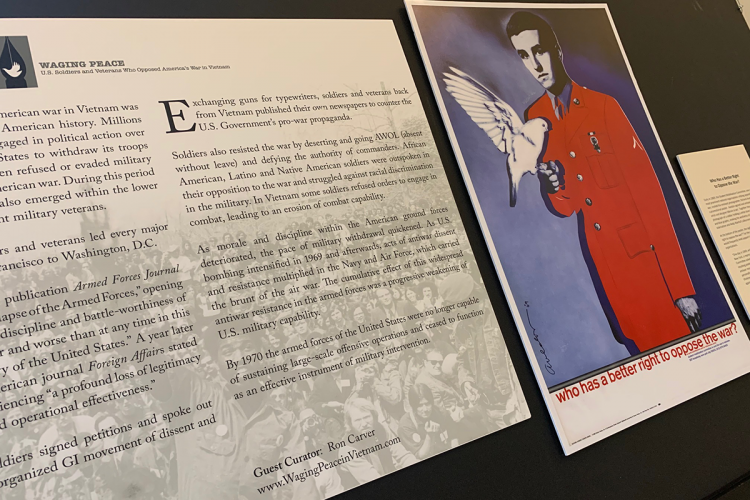 Curated by Ron Carver, the exhibit informs scholars, students, and the public that as America escalated the number of troops engaged in the Vietnam War, thousands of U.S. soldiers, sailors, and pilots refused to fight, sail, or fly more bombing missions. Active-duty soldiers and veterans had a profound effect on the antiwar movement and on the war itself.

Material in the exhibit comes from many sources including the new GI Press Collection archive at the Wisconsin Historical Society and the U.S. National Archives. It is currently touring both the United States and Vietnam after opening in 2018 at the University of Notre Dame’s Kroc Institute for International Peace Studies and at the War Remnants Museum in Ho Chi Minh City in Vietnam.

There will be various events related to the exhibit while it is on display at Duke that will be announced later. 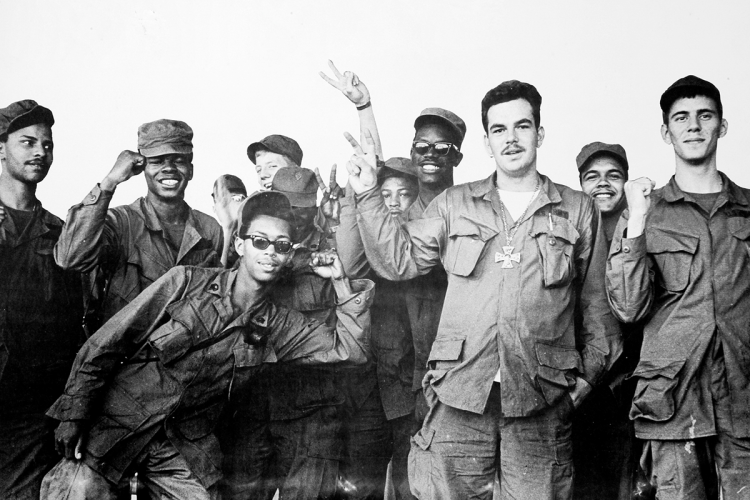 After an Unprecedented Semester, Nearly 6,000 to Receive Degrees This Weekend

On campus commencement ceremony will be held at a later date