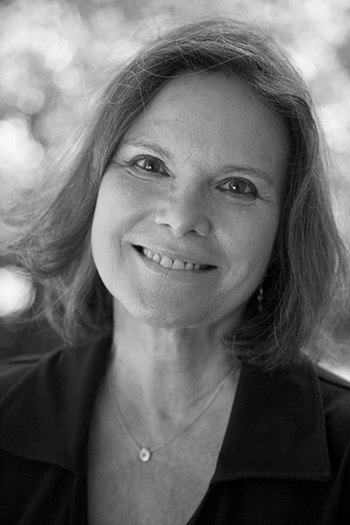 Carolyn Forché’s timely book, "What You Have Heard is True: A Memoir of Witness and Resistance" (Penguin Press, 2019), is the winner of the 2019 Juan E. Méndez Book Award for Human Rights in Latin America.

"What You Have Heard is True" is an account of a poet’s engagement with a country going through violent change, in part funded and propelled by U.S. foreign policy. Forché first visited El Salvador in the 1970s, brought there by an enigmatic stranger who then helped her witness the struggle of peasants and the poor for peace. Forché chronicles how she transforms from a young writer with an unfocused “urge to do something in the face of some wrongdoing or injustice inflicted against another” into the lifelong activist and a “poet of witness” as she has called herself since.

Her call to awareness and political action is as timely now as it was when she travelled El Salvador in the 1970s.

When notified of the award, Forché wrote, “I’m deeply honored by the news of this award, especially one named for an ardent and heroic champion of human rights, Juan E. Méndez, whom I once had the honor of meeting briefly, through my former student, Marjory Wentworth, with whom he wrote 'Taking a Stand: The Evolution of Human Rights.' Never would I have imagined that my work would one day receive such recognition.  My hope is that this award will help draw attention to the suffering of Salvadorans living in the aftermath of civil war, especially those appealing for asylum at our border, to whom we owe refuge and hospitality. That is my hope.”

Forché will accept the Méndez award at a March 2 reading at Duke University.

Juan E. Méndez has devoted his life to the defense of human rights as a lawyer in his native Argentina, a director of Americas Watch, a UN Special Rapporteur on Torture, and current Professor of Human Rights Law at American University. Méndez’s papers are housed at Duke University Libraries’ Human Rights Archive, one of the largest collections of human rights materials at any American university.

First awarded in 2008, the Méndez Human Rights Book Award honors the best current, fiction or non-fiction book published in English on human rights, democracy, and social justice in contemporary Latin America. The books are evaluated by a panel of expert judges drawn from academia, journalism, and public policy circles. The Duke Human Rights Center @ the Franklin Humanities Institute, the Human Rights Archive at the Rubenstein Library, and the Center for Latin American and Caribbean Studies cosponsor this award

“Forché’s book captures the episodic, confusing, and developing nature of events, in beautiful and highly personal prose,” said Robin Kirk, the chair of the selection committee and co-director of the DHRC@FHI.

James Chappel, Hunt Assistant Professor of History at Duke University, who served on the Méndez book award committee, commented, “What You Have Heard is True really made me think about human rights from the inside: full of doubts and hesitations and obfuscations, rather than simple moral righteousness. It’s the long and winding journey, which most of us never complete, to the place where, as Forché writes, ‘my life was all of a piece: My heart and intellect and soul were aligned with what I was doing in that world, and the people around me were also living and working in this way.’”