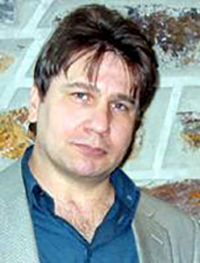 Warren Meck, a professor of psychology and neuroscience whose studies of how humans perceive time opened new avenues of research, died Jan. 21.

He was recognized for research on subjective time perception in humans and how time influences human and animal behavior. Much of his work explored how neurobiological, psychological, and environmental factors affected our internal time perception: For example, why our hunger at a restaurant makes it seems like it takes longer for our food to arrive. Or, how in times of stress or danger, the release of adrenaline seems to slow the world down.

“Warren was one of the world’s leading scholars of interval timing, or how we track the passage of time and use that information to shape all aspects of our behavior,” said Scott Huettel, chair of the Department of Psychology and Neuroscience. “Perhaps more than any other modern scientist, he showed how timing was critical for other processes like counting, memory, and learning – in effect, his work uncovered a fundamental building block of the mind.”

Meck received his undergraduate degree from the University of California, San Diego in 1979 and his Ph.D. from Brown University in 1982.  He joined the Duke faculty as an associate professor in 1994.  He was made full professor in 2001.

He authored more than 200 academic articles and two books that were heavily cited by other scholars working in time perception: “Functional and Neural Mechanisms of Interval Timing,” and “Introduction: The Persistence of Time,” both published in 2003.

Reporters writing about time perception also regularly turned to Meck for expertise. In 2010, on National Public Radio’s “All Things Considered,” Meck explained why time seems to go faster as you age. “This feeling that time is going faster than they are," Meck said, is universal among humans, crossing cultures.

In a 2009 onstage appearance with neurologist Oliver Sacks and psychologist Daniel Gilbert at the World Science Festival, Meck discussed his experiments and questions such as why children must always ask “Are we there yet?” during trips.

Over decades working with other Duke faculty, including his spouse Professor Christina Williams, Meck was instrumental in the development of neuroscience as a course of study for Duke undergraduates. He taught many courses on topics ranging from introductions to behavioral neuroscience, advanced models for timing and other processes, and scientific practices for students seeking research careers.