Lizards don’t exactly hold a pose for pictures. Nor do salamanders or snakes. But on this fall morning, the crisp air means cold-blooded creatures are more sluggish than usual, and that makes them an easy muse for Orange County resident Bill Boyarsky.

“These guys are sitting around waiting to be photographed,” Boyarsky said.

Join other volunteers to help Duke Forest get a better picture of the reptiles and amphibians that live in the forest. The next session will take place March through June 2020.

Boyarsky is one of a half dozen people who have gathered in Duke Forest, clipboards in hand and cameras at the ready, hoping to catch sight of skinks, frogs, or other creepy-crawlies before they hop or slither away.

They’re participating in scientific research through a data collection initiative called the Herpetofauna Citizen Science program, which aims to take stock of the 50-some species of reptiles and amphibians believed to live in the 7,000-acre Duke Forest.

In the past year, more than 40 volunteers have signed up to spend their free time looking for the scaly or slimy creatures that most people avoid. Working in teams, the volunteers spend one to two hours a week for three months at a time walking along proscribed cross-country paths called transects and counting “herps” they encounter.

Through spring rain and sweltering summer heat, chiggers and poison ivy, they recorded what they found. They’re contributing valuable data to help ensure that the Forest is managed in a wildlife-friendly way.

The Duke Forest is “more than just the woods,” says Director Sara Childs. “It's an outdoor classroom and living laboratory, where teachers and students of all ages come to learn and explore.” 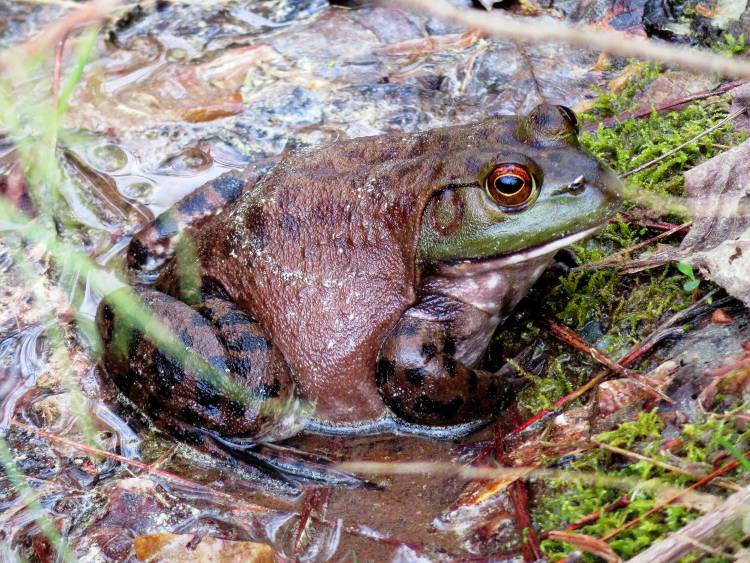 As they walk through the woods, the volunteers check under what are called cover boards: thin, flat pieces of wood or metal that are laid down on the forest floor to attract animals looking for a place to hide or keep cool.

In the three seconds it takes the volunteers to lift up their first board and peer underneath, they spot the bulging black eyes and wormlike body of a red-backed salamander, identifiable by the rust-colored stripe stretching from snout to tail.

A camera goes “click-click-click” and a chorus of “cool!” erupts from the group, then the shy creature disappears into the carpet of pine needles underfoot.

Monitoring these animals is important because as amphibians and reptiles fare, so fares the forest. Their sensitivity to pollution and habitat fragmentation makes them good indicator species, serving as barometers of the forest’s overall health, says the Nicholas School’s Nicki Cagle, the project’s lead science advisor.

Changes in their numbers can serve as early warning signs of the effects of development and climate change on wildlife in the rapidly growing Triangle region. But monitoring populations over time “requires a lot of manpower,” Cagle said.

Enter citizen science, in which members of the public help collect data.

For now, they’re focused on getting a baseline of current species and where they are found. From March through October 2019, in the program’s first full year, volunteers documented nearly 250 sightings of more than two dozen species across six sites within the forest’s 2,440-acre Durham Division.

That’s much-needed data from a wider area, and more quickly, than Duke Forest staff could have collected. “We really couldn't do it without them,” Childs says.

The volunteers continue turning over boards and taking photographs as they work their way down the sun-dappled slope, scribbling their finds on a data sheet as they go.

Boyarsky shows off a blurry action shot of the new find: a tiny black salamander, perhaps three or four inches long, with a speckled salt-and-pepper belly. It’s the “leadback” variety of the red-backed salamander. The same species as before, but missing its bold orange-red stripe.

“It was swift,” says volunteer Barbara Beaman, who recently retired after 35 years at the NC Museum of Natural Sciences in Raleigh.

Some visits fail to turn up much of anything. During the hottest summer months sightings dropped off, and the search began to feel like a glorified snipe hunt. But spring and fall saw the animals grow more active, with highlights including a redbelly snake, and a mole king snake: two firsts for the program.

For volunteer and illustrator Andrea Cobb, the lesson was that “science takes a lot of patience.” 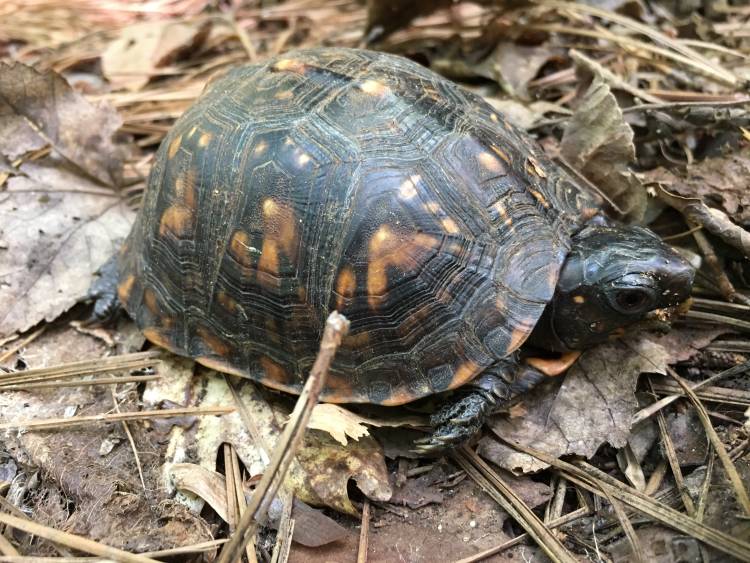 Beaman says it’s the thrill of possibly finding something that keeps her coming back week after week. “All it takes is one copperhead and you’re hooked for life.”

Some of the volunteers are experts or ardent hobbyists; others are newbies. It’s ok to start out not knowing one skink from another -- the program teaches you how to tell. Today’s group includes a software developer, a historian, an artist and an educator.

Boyarsky is a retired Duke Hospital photographer and veteran herper. He remembers some of his first reptile pets, especially a boa constrictor and an iguana he got at 13 for his bar mitzvah. But now he says he prefers to see them in the wild. “Over the years I came to realize that snakes don’t belong in cages.”

History Ph.D. student Siobhan Barco says it’s just “something really different from what I do every day.” When she visits Duke Forest, she knows she’s walking the same land where, in the 1800s, generations of farmers once raised crops and livestock. “Being out here helps me connect with North Carolina history in a different way.”

Tom Griffin, who used to work in the oil and gas industry and now lives in Cary, says he signed up because it gets him outside. “Any day in the woods is a good day. Even on days when I don’t see anything I’m still happy to be in the forest.”

The group reaches the farthest end of the transect shortly before 12:30. Over the last hour they have racked up seven salamanders. “We are extremely lucky today,” Cobb says.

When they get home they will upload their best photos and enter their findings in a database that pulls all the data together, to be shared with professional herpetology researchers and students. But before they head back, they peer under the last board and are treated to a freshly shed snake skin.

“It’s the next best thing to a snake,” Beaman says. “A snake was here.” 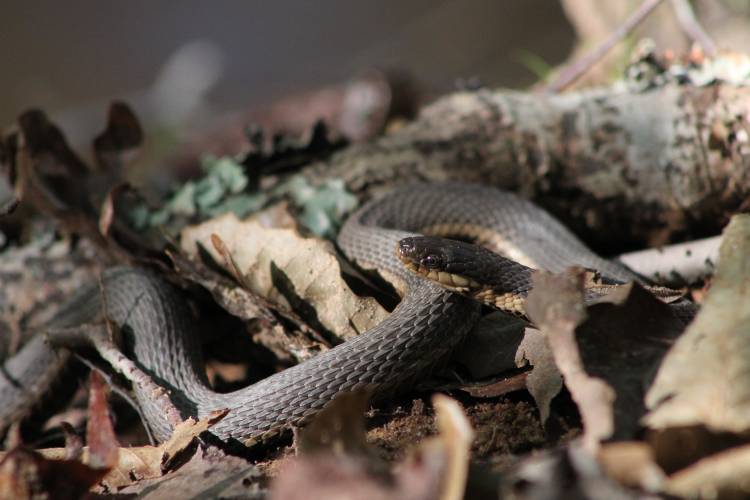