Beth Perry, a research practice manager for Duke Neurosurgery, nominated Claudia due to her passion and love for research. “Claudia has proved time and time again to be reliable, consistent and happy to help with any requests that come her way, her attitude toward work and life is infectious and is capable of warming even the coldest heart,” Perry wrote in the nomination.

Nominate a Blue Devil of the Week

What she does at Duke: At any given time during the week, Claudia E. Pamanes is working on nine research trials for the Duke Department of Neurosurgery.

She writes the protocol, consent forms and questionnaires for the trial, enrolls patients in the studies and works with the Duke Institutional Review Board, an administrative body that protects the rights and welfare of human research subjects, to ensure a trial is ethical and meets regulatory compliance.

Pamanes, whose native language is Spanish, especially enjoys scientific writing, a sign of how far she’s come since moving from Monterrey, Mexico, to the Triangle in January of 2017. She moved to the area to pursue a Master of Public Health from the University of North Carolina at Chapel Hill.

The clinical trials she works with include testing a new medication that will prevent seizures in patients who had brain tumors removed and a study to see how patients who received spine surgery respond to text messages with information about post-surgery care at home.

“I love this job because it satisfies my curiosity, and because I know that what we do here, is to benefit patients,” Pamanes said. “Every day, my team is gaining new knowledge to improve people’s lives in the future. I get to learn so much.”

What she loves about Duke: Pamanes was eager to find an employer in North Carolina that welcomed diversity when she graduated from the University of North Carolina at Chapel Hill in 2018. She found a welcoming environment at Duke. Her colleagues hosted a housewarming party when she moved to Durham from Raleigh after starting her job at Duke.

“I have felt welcomed from the very beginning,” she said.

A memorable day at work: In August, a coworker asked Pamanes for help. The colleague needed some documents translated to Spanish to enroll a Spanish-speaking patient in a study on brain tumors and epilepsy.

To meet Institutional Review Board guidelines, documents explaining the study, protocol and consent needed to be written in Spanish. Pamanes worked over the next day with her colleague, Luis Sanchez-Perez, assistant professor of Neurosurgery, to translate the documents and submit them to the review board. 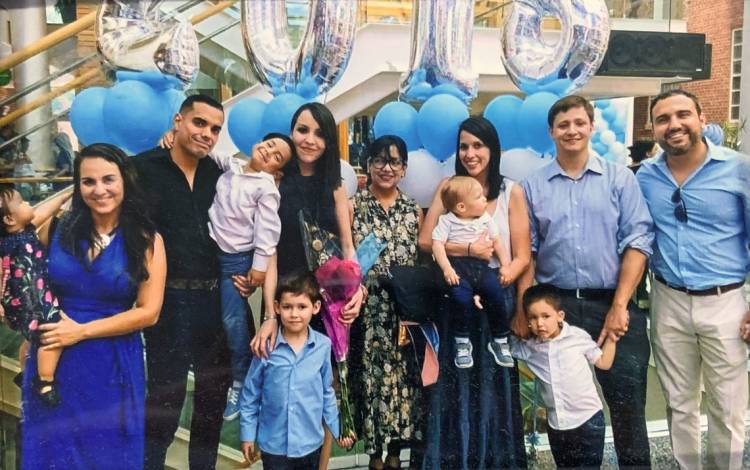 The neurosurgery team was able to enroll the patient. Pamanes even met with the person to answer any questions they had about the study.

“Now we are able to include Spanish-speaking patients in our studies,” Pamenes said. “This is a beautiful example of how inclusive our department is.”

Special object in her office: Pamanes keeps a photo from her graduation at UNC in 2018 on her desk. She is surrounded by her mother, brother, sister, nieces and nephews. Her family still lives in Mexico, except for her sister, who lives in Raleigh.

“My family has done so much for me,” she said. “They helped with my education. They bought my first computer when I was in med school. They supported me in my move to the United States. I was so happy to share that day with them. I get emotional thinking about it.”

Pamanes interpreted that to mean being mindful of consequences and think through major decisions. She took that to heart when deciding to move to North Carolina.

“I’m so grateful for her counsel,” Pamanes said.

First job: Pamanes worked as a physician and led the health education program at Celestica, an electronic manufacturing company, in Monterrey, Mexico, after receiving her undergraduate degree. 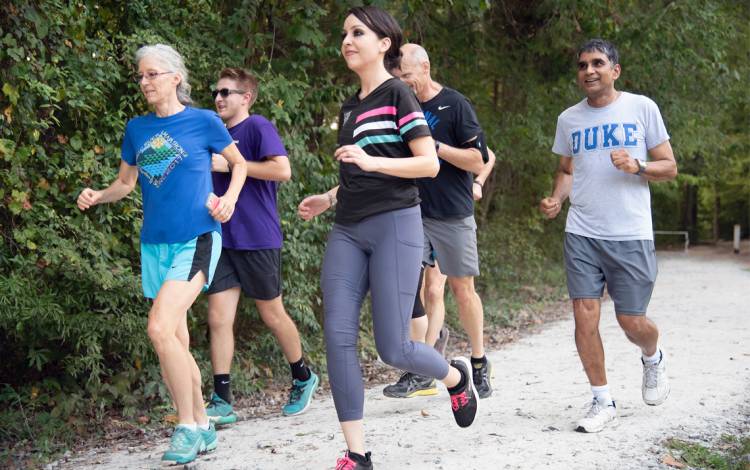 She credits the job for sparking the interest in research that led her to North Carolina. Pamanes enjoyed studying the company’s 5,000-person population to crunch numbers on how many employees had high blood pressure, obesity or other health conditions.

“It developed my love for statistics and data,” she said.

Something most people don’t know about her: Pamanes volunteers for the American Heart Association. She develops and translates health material into Spanish on preventable diseases and high blood pressure.

“I want to give the Latino/Latina community the same access to health care information as the rest of the population,” Pamanes said. “I’ll never forget the community I represent.”

Is there a colleague at Duke who has an intriguing job or goes above and beyond to make a difference? Nominate that person for Blue Devil of the Week

How Duke Faculty Are Going Back to School