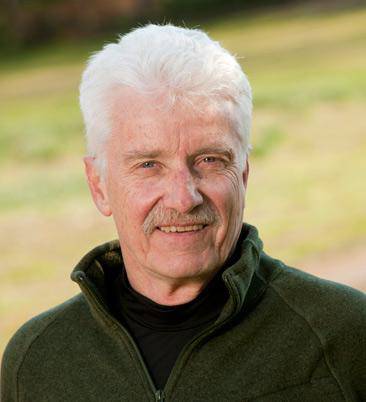 Economist Philip J. Cook, a professor in Duke University’s Sanford School of Public Policy, has been awarded the 2020 Stockholm Prize in Criminology for his decades of research on gun violence and its wide-ranging effects on society.

Cook and co-winner Franklin Zimring, the William G. Simon Professor of Law at the University of California at Berkeley, will share the prize: $1.5 million Swedish kroner, or about $150,000. The prize will be awarded by the Queen of Sweden in a ceremony in Stockholm June 10, 2020.

In its announcement Tuesday, the Stockholm Prize in Criminology Foundation said the laureates’ influence has “guided an entire generation of gun injury scholarship, strengthening the evidence for governments to take more effective action against the massive suffering caused by guns.”

Gun violence remains “one of humanity’s most urgent issues” the prize committee wrote. More than 251,000 people worldwide died from gun injuries in 2016, up 20 percent since 1990.

Zimring was the first scholar to do systematic empirical research on the role of guns in violence, with a seminal article published in 1968. A few years later, Cook was the second scholar to begin publishing in the field. Since then, it has grown into a vibrant field of research, with hundreds of articles issued each year in public policy, public health, law and social science publications.

“I am deeply grateful for this prize and the chance to share it with my friend Frank Zimring, who was a pioneer in this area,” Cook said.

A central idea in Cook’s research is that criminals are not born, but made, partly in response to legal and illegal options available to them. “It’s not about ‘character,’ but character interacting with opportunity,” Cook said in a 2017 interview. Cook's many contributions to understanding gun use and misuse, gun violence prevention and gun policy include:

-- The type of weapon matters in criminal assault, affecting whether the victim lives or dies and other outcomes.

-- The underground gun market for guns is the primary source of supply for criminal use, and is closely linked to the prevalence of legal ownership. Cook’s research with co-author Jens Ludwig found that in 1994 30 to 40 percent of gun transactions did not involve a federally licensed dealer, and therefore would not normally be subject to a background check under current law.

-- Criminals' access to and choice of weapons is heavily influenced by the availability of guns, which differs widely across U.S. jurisdictions and over time.

In the book “Gun Violence: The Real Costs” (2000), Cook and Ludwig developed a new way to calculate the toll of shootings in the United States a year, coming up with an estimate of $80 billion in 1998. The book provided a new perspective on the burden of gun violence that focused not on actual injuries, but on fear, avoidance and trauma by which gun violence impacts communities and beyond.

Despite the slow pace of policy progress, Cook remains optimistic. He said it is “a new day” with regard to funding for gun violence research, which for many years was stymied by Congressional restrictions on spending by the U.S. Centers for Disease Control. Now, private foundations are providing grants that greatly exceed funding from government sources.

“The world is awash with interesting challenges” in the area of gun violence research, Cook said. One he is exploring now is how to increase arrest and conviction rates.

Judith Kelley, dean of the Sanford School, said she was delighted that Cook “is receiving this well-earned recognition. Phil has dedicated much of his life to understanding crucial issues around crime and gun violence. We are fortunate to have outstanding scholars like Phil who bring their expertise to helping us find policy solutions to seemingly intractable problems. His work is a wonderful example of what it means to be an engaged scholar in a policy school.”

A revised edition of his book, “The Gun Debate,” co-authored with professor of public policy Kristin A. Goss, will be released in 2020.

Cook is also an elected member of the National Academy of Medicine.

COVID Myth vs. Fact: Are There Any Long-Term Negative Side Effects From the Vaccine?

Dr. Cameron Wolfe explains why the vaccine should not cause long-term effects