You can add some ghoulish Duke flavor to your Halloween. Here are four easy steps to add some Blue Devilish delight to the scariest day of the year.

Scary movies are always perfect for Halloween, but Duke and its connection in the 1950s to psychologist JB Rhine’s parapsychology studies places the university in some unexpected movies.  Those cards Bill Murray uses to test students for ESP at the beginning of “Ghostbusters?” Those are Zener Cards, developed by Duke psychologist Karl Zener working with Rhine, his colleague.

But the scariest movie Duke is connected with is “The Haunting,” the 1963 movie based on Shirley Jackson’s classic horror novel “The Haunting of Hill House.” In both the book and the movie, a professor brings several people with known sensitivity to the supernatural to a haunted house. One character, Theodora, played by Claire Bloom in the movie, is described as being “a star at Duke University” for her special ESP abilities. These powers don’t protect her from the things that go bump in the night of Hill House.

Rhine dismissed most supernatural claims, but his goal in his work was to apply the scientific method to strange phenomena. For bonus watching, check out "The Exorcist." William Peter Blatty's novel and the movie that followed are both fiction, but it's based on a true story about an exorcism of a young Washington, DC, area boy. The family members got in contact with Rhine during this process, describing incidents of moving furniture and objects flying through the air. Read more here about the Rhine’s work.

Many people know about the bodies encrypted in the basement of Duke Chapel, but hidden behind Wallace Wade Stadium is a small century-old graveyard holding members of the Rigsbee family. 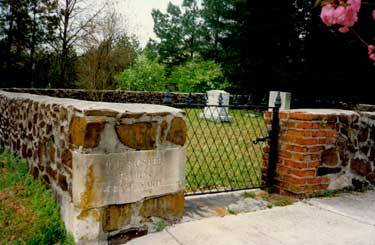 The Rigsbees were a large and prosperous Durham family from 1830 onward. Jesse Rigsbee and his wife Mary kept their home and farmed two hundred acres of land where Duke facilities now stand. The couple had four daughters and four sons. All of the male children fought in the Civil War, and Jack Rigsbee died in battle. His body was sent home to his family, and he was buried in what became the Rigsbee Graveyard.

Duke acquired the property in 1925 with the promise that the quarter acre of land including the graveyard would be preserved.

Read more about the graveyard.

Personally, nothing chills my spine more than old medical instruments. Several will be on display today in Room 212E of the Medical Center Library & Archives today from 11 a.m. to 2 p.m. as part of the annual “It Came From the Archives!” event.

Some of the old bonecutters have lost their edge to age and use, but to modern eyes, they don’t look like they were ever sharp enough to be effective. If instruments don’t turn you cold, there also will be some unusual medical anatomy books that will unnerve.

Go to the All Hallow’s Eve Service

Halloween started as a way for the Christian church to continue communion with the Saints and the recently deceased, leading to All Saints' Day. The early church followed the Jewish custom that a new day began at sundown; thus feasts and festivals of the church were observed beginning on the night before. The night before All Saints' (or All Hallows') became known as All Hallows' Eve, or Halloween. The Chapel celebrates All Hallows' Eve with the Choral Vespers Ensemble leading a candlelight worship service at 10:30 p.m.