A public service to honor Wilhelmina Reuben-Cooke will be held at 3 pm Saturday, Dec. 14, in Duke Chapel.

Reuben-Cooke entered Trinity College of Arts and Sciences in 1963 along with Gene Kendall and Nathaniel "Nat" White, Mary Mitchell Harris and Cassandra Rush. With Reuben-Cooke’s death, only Kendall and White remain as surviving members of the original five. 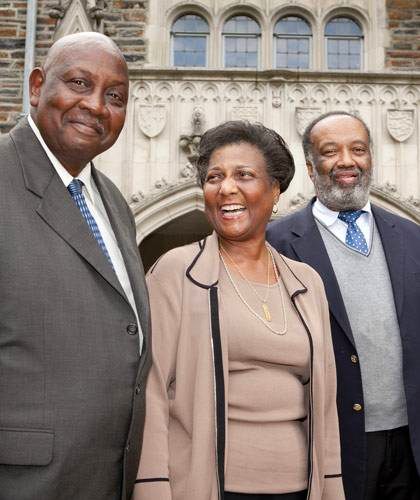 She graduated in 1967, was elected to Phi Beta Kappa and named a Woodrow Wilson Scholar. Her election as Duke’s May Queen was noted in the New York Times. During her time at Duke, she was active in the civil rights movement, including protesting in Durham and Chapel Hill and signing an open letter against the memberships of key Duke administrators and faculty members at the then all-white Hope Valley Country Club.

After graduating, Reuben-Cooke had a distinguished career as an attorney, but she remained connected to Duke after graduating, serving two terms on the Duke University Board of Trustees. In 2011, Reuben-Cooke earned the Duke University Distinguished Alumni Award, the highest honor granted by the Duke Alumni Association for her exemplary service. In 2013, a $1 million scholarship fund was established to honor Wilhelmina and the four other first black undergraduates at Duke.

Wilhelmina Matilda Reuben-Cooke was born in Georgetown, South Carolina on December 13, 1946. She was the eldest of six children of the late Reverend Dr. Odell R. Reuben and the late Dr. Anna Mays Daniels Reuben. She was named in honor of her parents’ mothers.

A descendant of a long line of missionaries and educators, Reuben-Cooke always placed a premium on spiritual foundation, family life, community service and promoting educational opportunities. She and her husband were founders of and remained leaders in the Covenant Christian Community. Her extended family looked to her wise, gentle leadership and her model of grace, generosity and achievement in the pursuit of Christian service. 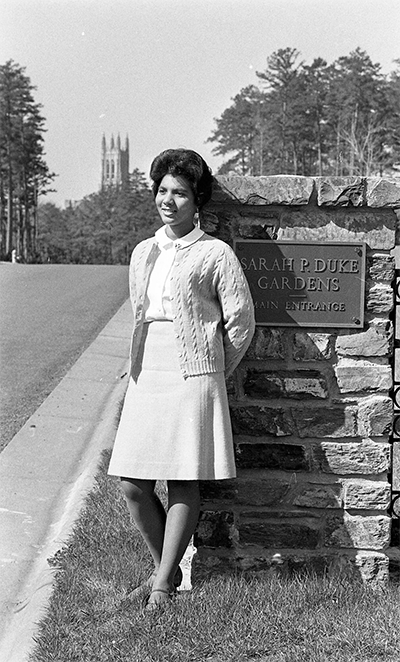 After graduation from the University of Michigan Law School (1973), she was an Associate Attorney at Wilmer, Cutler & Pickering working in communications, antitrust, tax, securities, criminal and general corporate law.

She also was a professor at the University of the District of Columbia’s (UDC) David A. Clarke School of Law, after serving as UDC’s Provost and Vice President for Academic Affairs. Previously, she was Professor and Associate Dean for Academic Affairs at Syracuse University’s College of Law. Earlier, as Associate Director of Georgetown University Law Center’s Institute for Public Representation, Reuben-Cooke engaged in and supervised litigation before the Federal Communications Commission and federal courts, including the US Supreme Court.

Reuben-Cooke attained numerous other honors, including the Sojourner Truth Award from the Syracuse University chapter of The National Association of Negro Business and Professional Women’s Clubs, the C. Eric Lincoln Distinguished Alumni Award from Duke’s Black Alumni Council, and the Black Citizens for a Fair Media Annual Award for Public Interest Advocacy.

Reuben-Cooke served on numerous community, civic and professional boards, including The Duke Endowment.

Read more about her life here. For more on the 50th anniversary celebration, visit the website.

Hall of Fame Lessons for Golf, Life and Work