Jurgen Henn was a few weeks into starting his job at Duke when he heard a sound that nearly knocked him out of his seat in his Brightleaf Square office.

“There was this incredible crashing noise outside,” said Henn, an IT manager for the Center for Autism and Brain Development in the Duke School of Medicine. “I wandered down to see what happened. A tractor-trailer had gotten stuck underneath the railroad bridge.”

In 2008, Henn set up a camera on the second floor of Brightleaf Square and one outside of Morgan Imports to capture vehicles getting stuck or damaged trying to pass under the 11-foot-8-inch train trestle, known as the “Can Opener Bridge,” at the intersection of S. Gregson and W. Peabody streets in Durham. 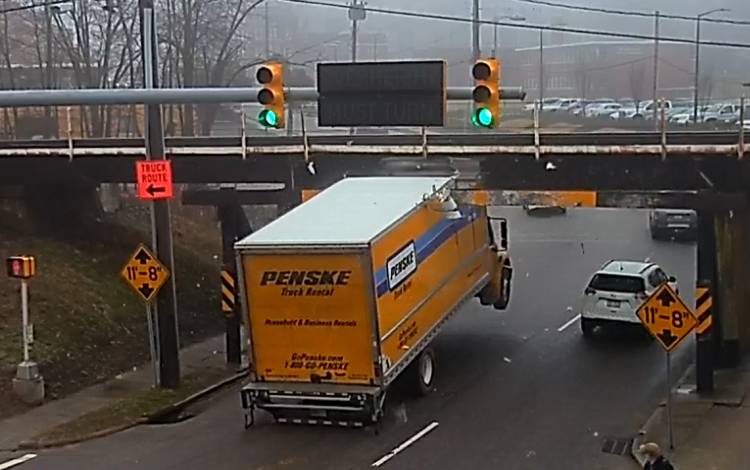 But drivers will have a little more room come early November. The North Carolina Railroad Company is currently raising the railroad bridge an additional eight inches as part of a $500,000 rehabilitation project to improve safety and reduce the threat of vehicles striking the overpass.

“The additional eight inches will maximize the increased clearance without affecting the grade of adjoining track on each side of the bridge,” said Jim Kessler, vice president of engineering for the North Carolina Railroad Company.

S. Gregson Street at W. Peabody Street is expected to be closed until Nov. 5 for the construction work.

Even with additional wiggle room from 11-feet-8 inches to 12-feet-4-inches, Henn will continue filming the bridge to record future scrapes. The two cameras record 24/7 and the video is saved to a hard drive. Henn skims the footage when he sees debris on the road. The videos are uploaded to YouTube channel and Henn’s 11foot8.com website.

“I like to emphasize I don’t enjoy this happening to people,” Henn said. “I feel terrible for the drivers. My intention with these videos is to help drivers be aware of this bridge. I want to prevent future errors.”

Henn has 145 videos of vehicles striking the bridge, and they’ve received 100,000 views each with some reaching as many one million views. WRAL, CNN and The Wall Street Journal have featured Henn’s videos in stories.

Geoffrey Mock, a Durham resident and manager of Duke Today, started tuning into Henn’s videos shortly after they started. Mock lives less than a mile from the bridge. 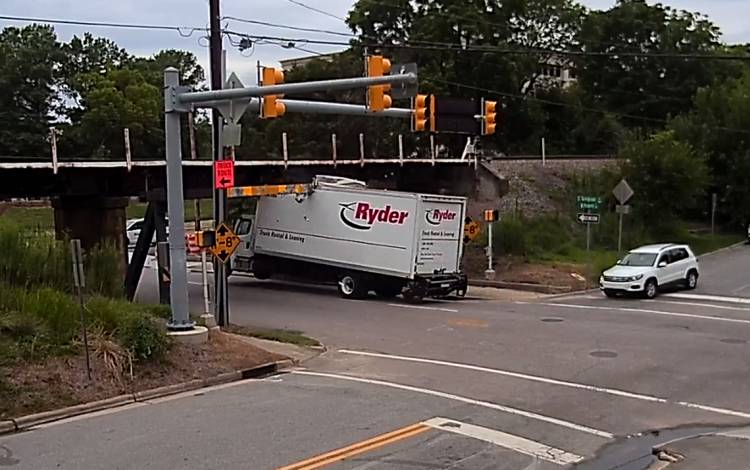 “It captures the quirky nature of our community as well as providing a useful lesson that we really need to pay attention to road signs,” Mock said.

Henn estimates that about 13 vehicles run into the bridge each year, but he said there could be a lot more accidents if signage didn’t warn drivers to turn before passing underneath the overpass.

“The extra eight inches will certainly help a lot,” Henn said. “It’s the end of the classic ‘Can Opener Bridge,’ but I’m still going to keep my cameras rolling. It’s just bizarre how much this has captured the attention of everyone.”