The political headlines coming out of the United Kingdom this past week were shocking: A rebellion of Conservative Party members in Parliament threw the party into a civil war and put Prime Minister Boris Johnson’s plans on Brexit into doubt.

However, perhaps, the biggest surprise might be this: Why hasn’t the same thing happened in the United States?

Both Johnson and U.S. President Donald Trump are political disrupters, proudly willing to ignore traditional political norms and practices. For Trump, that disruption has been enabled by the almost unanimous willingness of Republicans in Congress to follow him without dissent, even on issues such as tariffs, where the president is upending long-standing Republican positions.

Johnson didn’t get that support and had to throw more than 20 Conservative Party MPs out of the party after they blocked his Brexit plan, a process colorfully known in British political terms as “withdrawing the whip.”

So, in the topsy-turvy political world of 2019, it’s the American republican system where party unity reigns. What gives?

All of this is counterintuitive, because party discipline is expected to be greater in the British parliamentary system. Countless political science studies of comparative systems confirm this difference, although there is one caveat that adds some nuance to the picture. More about that in a moment. 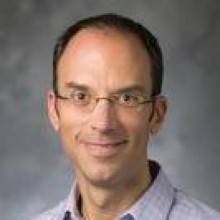 First, professor Georg Vanberg, chair of political science and a leading scholar of international comparative political systems, explains why party discipline is traditionally so consistent in the British system. He starts with a fundamental difference between the British and America systems.

That need for party discipline to maintain its majority means that parties have a large degree of control of candidates who are allowed to run for Parliament under the party label, Vanberg adds. “The nominees aren’t selected in an open primary, as in the United States; they’re selected by the dues-paying party members of their district, a much smaller number of voters who are often closely connected with the local party leadership. These leaders have every intention of selecting the most loyal party backers.”

In short, British politicians answer to a very different type of constituency than American candidates. One further consequence is the tools of party discipline – such as “withdrawing the whip” – traditionally are stronger in the British system. The rebels who were expelled by Johnson essentially committed political suicide. If they ever want to run for election again, they’ll have to do it in a different party or as an independent.

“There’s been this deep split and even with the greater degree of party discipline, there was going to come an issue on which they couldn’t overcome it. That issue was Brexit.”
-- Georg Vanberg

So why did that party discipline fail this week in Britain?  Vanberg says he thinks it is less an institutional issue than an existential issue: The Conservative rebels thought Brexit was a threat to the future of the country.

“I believe Brexit is a special and unique circumstance,” Vanberg says. “In fact, the division over Britain’s relationship with Europe isn’t recent. The issue of closer ties to Europe has always been controversial within the Conservative Party, and it’s really been simmering as far back as the 1990s with the institution of the common currency and the Maastricht Treaty (which furthered European integration). There’s been this deep split and even with the greater degree of party discipline, there was going to come an issue on which they couldn’t overcome it. That issue was Brexit.” 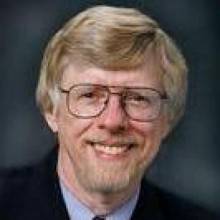 Now, over to America. Although many journalists attribute the unity to Trump’s personal political appeal, David Rohde, a Duke political science professor and a renowned scholar of congressional trends, has a different perspective. He thinks it is a consequence of a fundamental political trend that has been a quarter-century in the making.

“Historically, parliamentary party discipline is stronger than in the U.S. Congress,” Rohde says, “but the caveat is that the influences on party discipline are variable across countries and time and dependent upon underlying conditions.”

It’s true that in the U.S. during the 1950s, 60s and 70s, Rohde said party leadership had little influence over nomination of their party candidates, unlike in Britain. Elections were comparatively inexpensive with candidates not needing national party fundraising. Furthermore, there was little homogeneity in the constituencies supporting the parties.  Districts voting for Southern Democrats looked starkly different from those voting for Democrats in the North.

“What really was important then for a member of Congress was what their constituency wanted,” Rohde says. “If that matched with the leadership on an issue, then the representative voted with the leadership, but if it didn’t, the representative voted with their constituencies. For much of this period, voting against the party leadership was often the norm. In Nixon’s first term, Southern Democrats voted against the party more times than not.”

There’s another compelling factor, according to Rohde. Congressional reforms in the 1970s boosted the powers of the congressional party leadership. Campaigns became more expensive, raising the dependence of local candidates on the national party. Sen. Mitch McConnell still can’t throw dissenters out of the party, as Boris Johnson can in Britain, but his ability to raise funds, give out or remove plum committee assignments and set the legislative agenda presents him with powerful leverage over junior party members.

“Given this confluence of the change in constituencies and the growth in the powers of party leadership, suddenly a congressional representative has to worry about their primary election. What we see in increased party unity is a consequence of these trends,” Rohde says.

Congressional Republicans may issue criticism of Trump, but they are careful because there is constituency agreement on potentially existential issues, such as immigration and the environment. “We expect politicians to behave in this way,” Rohde says. “As I tell my class, ‘Profiles in Courage’ is a very thin book!’”

So can President Trump spend the rest of his term not concerned about maintaining his Republican base both in the country and in Congress? Maybe, but Rohde reaches back to recent history to suggest there is one scenario that should scare him.

Throughout the Nixon impeachment drama, the president held near unanimous support of Republican constituencies and elected officials. That all evaporated with the release of the “smoking gun” recordings on the White House tapes. When Republican voters dropped their support, the elected officials followed.

“To date that hasn’t happened for Trump," Rohde says. "But it may become true if the economy drops into recession. We may see the support drop then, and if the elected officials start calculating that he’s not going to get re-elected, it may start to steamroll.”