Numerous studies show that children who had a rough start in life are more likely to have health problems later on.

The enduring effects of early adversity aren’t unique to humans. But for baboons, the impacts aren’t just borne by one generation -- the next generation bears the brunt as well, said Susan Alberts, chair of evolutionary anthropology at Duke University.

The findings come from a study of 169 baboon mothers and nearly 700 of their offspring that were monitored almost daily between 1976 and 2017 in Amboseli National Park in Kenya.

In a paper published Sept. 24 in the journal eLife, Alberts, first author Matthew Zipple and colleagues report that a baboon mother’s early trauma is linked to shorter lifespans for her kids, even if they grew up more carefree than she did.

To be sure, baboons don't risk growing up poor, or with an alcoholic parent, or in high-crime neighborhoods. But some have it harder than others.

The team looked at a variety of bad breaks a baboon might face in the first four years of life, before they started reproducing. They might be orphaned, or born in lean times when food and water are scarce. Some are raised by a mom with low social ranking. Others may have to compete for their mother’s milk and attention with a younger sibling close in age or the larger group.

In a previous study published in 2016, the team found that baboons that experienced multiple such misfortunes during childhood die up to 10 years earlier than their more fortunate peers.

In the new study, the researchers were able to see the effects of early adversity years later in the next generation too, and even when those offspring had it easier than their mothers did.

Specifically, female baboons whose next-born sibling arrived before they were fully weaned, or who were orphaned before age four, went on to have offspring that were 39% to 48% less likely to make it to adulthood themselves -- often seven or more years after their moms’ early hardships.

Take Waka. By the time Waka was just 16 months old, her mother Willy was already juggling another baby. Then, just before Waka turned three, her mother died. Waka eventually had four children of her own, but none of them survived past their fifth birthday.

The study did not pinpoint why offspring of ‘survivor’ females had a higher risk for early death. It could be that when a baboon’s relationship with her mother is cut short, she is less able to provide basic care when she becomes a mother herself, such as making quality milk, protecting her kids, or teaching them how to forage or make friends.

“Up until the age of four months, baboon kids rarely venture more than a meter from their mother,” said Alberts, who has been studying the Amboseli baboons since 1984.

“In the first year of life, a baboon's mom is everything,” said Zipple, a Ph.D. student in biology at Duke and the lead author on the paper.

The team’s next step, Zipple says, is to look at how a mother’s history of hardship affects her parenting. To find out, they’ve been observing mother-infant pairs for 45 minutes at a time, noting all the ways the mothers interact with their infants, from cuddling or suckling them to attending to their infants’ cries.

For the Amboseli research team, using baboons to understand the origins of disease makes it possible to disentangle the intergenerational effects of early adversity from other factors that are often confounded in studies of human health, such as education, drug use, and access to health care.

The team says their baboon research is important because it helps them test ideas about how childhood wounds faced by one generation can take a toll on the next, and how close relationships with parents or other sources of support can help break the cycle.

By tracing adult health problems back to traumas faced in a parent’s or grandparent’s childhood, scientists say, we may better understand how to prevent some family disease trends from taking root in the first place. 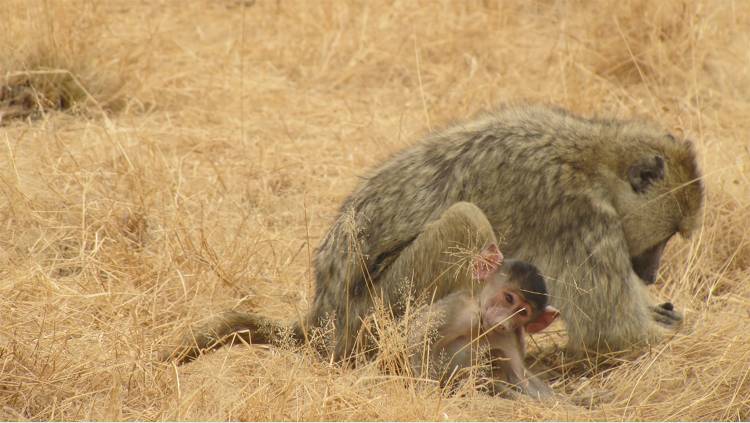 Other authors of this study include Elizabeth Archie at the University of Notre Dame, Jenny Tung at Duke, and Jeanne Altmann at Princeton University.

How a DGHI Vaccine Database Pushed Policymakers on Global Vaccinations