Why did The Beatles cross the road 50 years ago? Abbey Road, to be exact?

It wasn’t to create an iconic image, though they did. Nor did they intend to spark conspiracy theories that Paul McCartney was dead. (He’s barefoot and out-of-step with his bandmates on the “Abbey Road” album cover. What else could that mean?)

The reality is much more practical. On Aug. 8, 1969, The Beatles simply needed a cover photo for their next album.

But the significance, though unknown at the time, would be much greater. “Abbey Road” was the band’s final album together. And the last time all four band members worked together was Aug. 20, 1969. They broke up the following year. 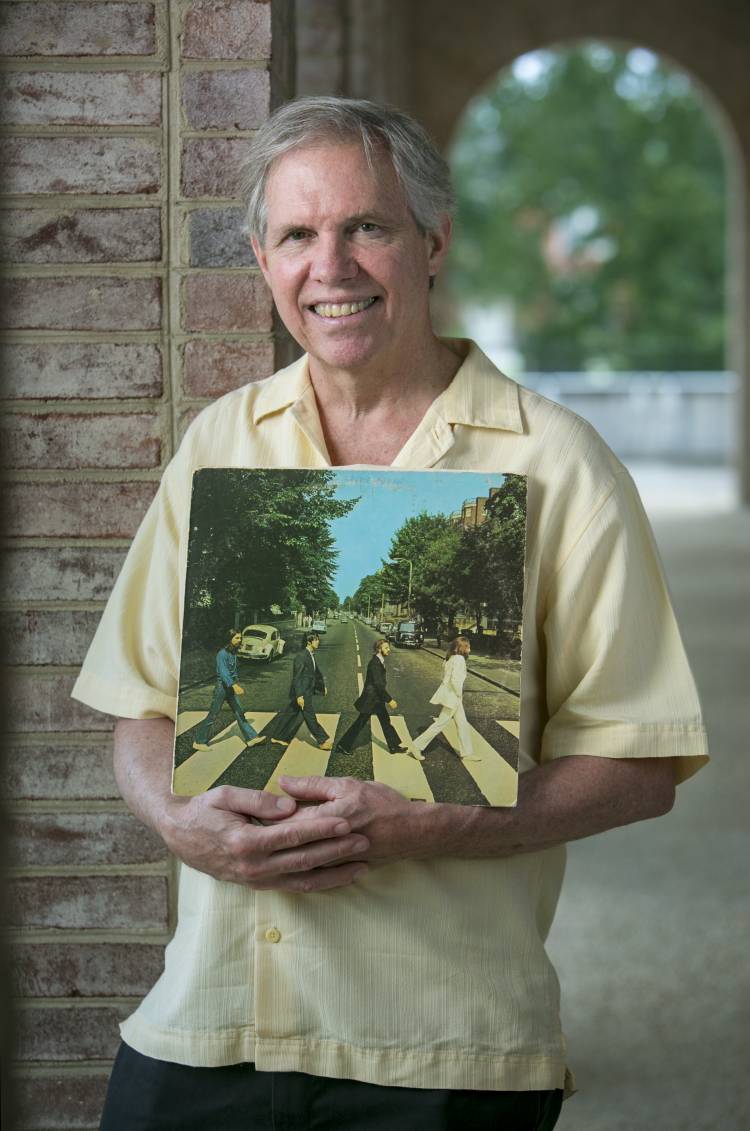 Five decades later, tourists from around the world still visit the site in North London to re-create that famous crossing. (Watch for yourself on this earthcam of the crosswalk.)

According to The Beatles Bible, McCartney gave a sketch of the album cover idea to freelance photographer Iain Macmillan. The band arrived at nearby Abbey Road Studios, where they had recorded nearly all of their music.

A police officer obliged to stop the traffic as Macmillan set a ladder in the middle of the road. Linda McCartney took several photos of the band as they waited for the shoot (view them here).

The band – McCartney, John Lennon, George Harrison and Ringo Starr – gathered on the corner around 11:30 a.m. on a warm Friday, which explains Paul’s bare feet. For about 10 minutes, they walked in a line in the zebra crosswalk, making several trips across the road.

Soon after the shoot, McCartney chose the fifth attempt for the album cover -- the only photo when all four Beatles were walking in time.

“It also satisfied The Beatles' desire for the world to see them walking away from the studios they had spent so much of the last seven years inside,” according to The Beatles Bible.

“We're meant to be recording, not posing for Beatle pictures -- that's what we were thinking," Lennon later quipped.

After the photo shoot, the band returned to Abbey Road Studios to work on songs for “Abbey Road,” which was released Sept. 26, 1969, and included the classics “Come Together,” “Something” and “Here Comes the Sun.”

Duke music professor Thomas Brothers, like 73 million other Americans, first encountered The Beatles as an 8-year-old when the band performed on “The Ed Sullivan Show” in February 1964.

Brothers, who wrote a book about The Beatles’ creative collaboration (“Help! The Beatles, Duke Ellington and the Magic of Collaboration,” 2018, W.W. Norton & Co.), cites the quartet’s “interpersonal dynamics” as one of the primary reasons for the quality of their music.

“This can’t be taught, it has to happen organically,” Brothers said in an interview. “They had very high standards of songwriting and record production. Also, high standards of innovation and expressive range. By doing those things so consistently and so successfully, the entire industry of popular music was forced to pay attention. Those songs and those records could not be ignored. They still speak to people, still have a presence.”

But in early 1969, that magic was starting to slip, he said. Tensions over management, finances and Yoko Ono’s constant presence strained the band. McCartney wanted them to return to their roots, drop the technical production and record live in the studio like in their early days, he said.

Except for the rooftop performance captured in the film “Let It Be” (released after “Abbey Road”), that magic wasn’t there, Brothers said.

Sensing the end could be near, The Beatles decided to go all out on a swan song album. They reunited with producer George Martin and began working in the summer of 1969 on what would become “Abbey Road.”

“‘Abbey Road’ is high-profile sophisticated production, no matter when it was made,” Brothers said. “People recognize it as a very, very superbly produced album, which is part of the charm of it.”

Rolling Stone ranked “Abbey Road” as the 14th greatest rock album of all time; readers considered it the band’s second-best album in a 2011 poll, behind “Revolver” but a notch above “Sgt. Pepper’s Lonely Hearts Club Band.”

Brothers isn’t sure another artist could have as significant an impact on music and culture as The Beatles. (He even references the band’s career to illustrate major events for a class he teaches on the 1960s.)

“The issue today is that the business is so fragmented, with so many niches,” Brothers said. “So if we are thinking about widespread impact, it’s hard to duplicate what they did," he said.

“Yet never say never, and the unexpected always seems to find a way. Smart creative people find ways to do things that nobody ever thought of,” he said, “and I have no doubt that someone will surprise us.”