For Maurizio Forte, professor in Duke’s Department of Art, Art History and Visual Studies, there is plenty to teach his students in the classroom.

But some lessons are best taught in the windblown countryside of central Italy. For the past six summers, Forte has brought Duke students to the Vulci archeological excavation site to use traditional techniques and cutting-edge technology to examine what was once an Etruscan and Roman city. 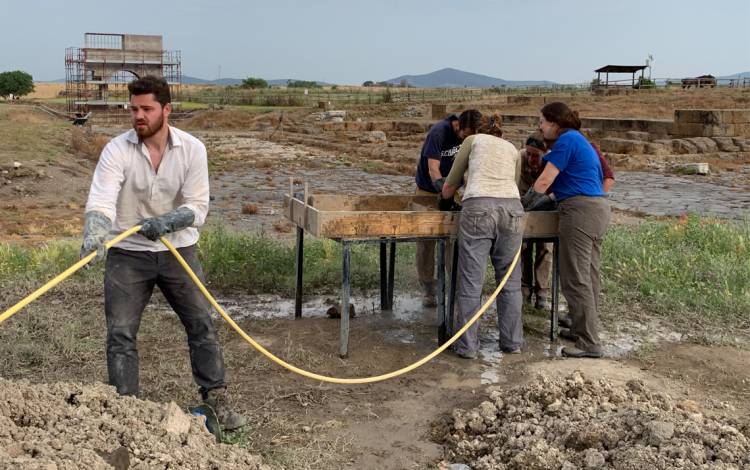 “It’s great to bring students to the excavation where we can teach something you can’t just teach anywhere,” Forte said. “Even at Duke, it’s impossible to teach field work classes and to take technology and practice in such an intensive way.”

For most Duke faculty members, the academic year is spent teaching courses and keeping pace with the busy rhythm of campus life. In summer, schedules open up, providing an opportunity to dive into research or student enrichment programs.

For Forte, summer is when he can further his research and give his students an unforgettable learning opportunity. This summer, his Vulci 3000 project, which is supported by Bass Connections, will create a terabyte of data that will fuel research back on campus. The work gives students – some of whom will use drones or produce a documentary about the research – valuable field experience.

See what other scholarly work is taking Duke faculty members afield this summer. 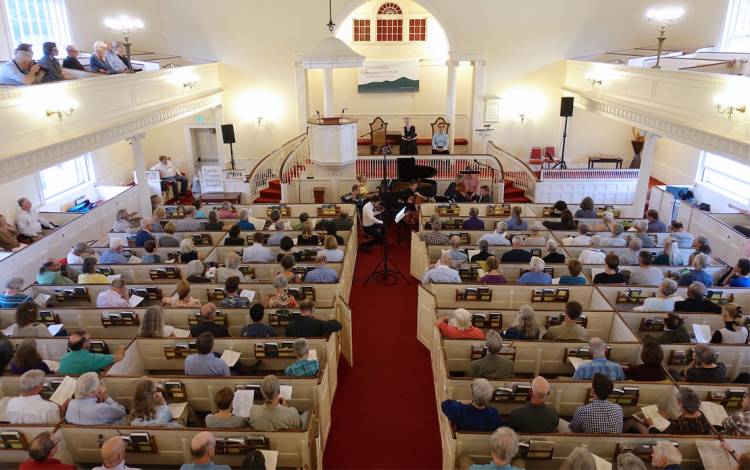 During the academic year, Jonathan Bagg, professor of the practice in the Duke Department of Music, is likely best known for his role as a member of the Ciompi Quartet, Duke’s renowned chamber music group. Away from stage, he also teaches viola to students, oversees the department’s chamber music program and serves as chair of the Music Department and Director of Undergraduate Studies.

But when summer comes, Bagg, like many on the music faculty, goes out in search of another source of creative inspiration.

That’s why you’ll find him in concert venues in small towns in southwestern New Hampshire, performing or working behind the scenes in his role as one of the artistic directors of Electric Earth Concerts. The seven-year old summer-long series of classical music performances features established and emerging artists.

Bagg, who’s been at Duke since 1986, said that while the music culture at Duke is strong, it’s important for musicians to seek out new opportunities to collaborate and perform, such as those found at the Electric Earth Concerts where Bagg occasionally takes the stage to join artists from other parts of the classical music landscape.

“Musicians need other musicians to thrive,” Bagg said. “That’s to say, you need to play with people, you need to exchange and be challenged by other people’s ideas, and you need to create things together with other people. It’s pretty hard to be a musician all by yourself.”

He also said that many tasks involved with helping organize the series – such as building the concert lineup, handling publicity, fund-raising and grant writing – help keep his skills in other areas sharp. But for Bagg, simply providing a way for people to enjoy and perform classical music, makes all the work worthwhile.

“That’s what the musical life is,” Bagg said. “It’s contributing to the musical ecosystem and helping it thrive.”

With natural beauty, a culture steeped in music and a tram that can whisk you around the city, Vienna, Austria, is a lovely place to spend a summer. James B. Duke Professor of Civil and Environmental Engineering Mark Wiesner doesn’t need much convincing to get him to spend a few weeks there between the spring and fall semesters.

But after spending years nurturing the nature of collaboration between scientists at Duke and the University of Austria, Wiesner’s grown accustomed to Vienna’s charms. 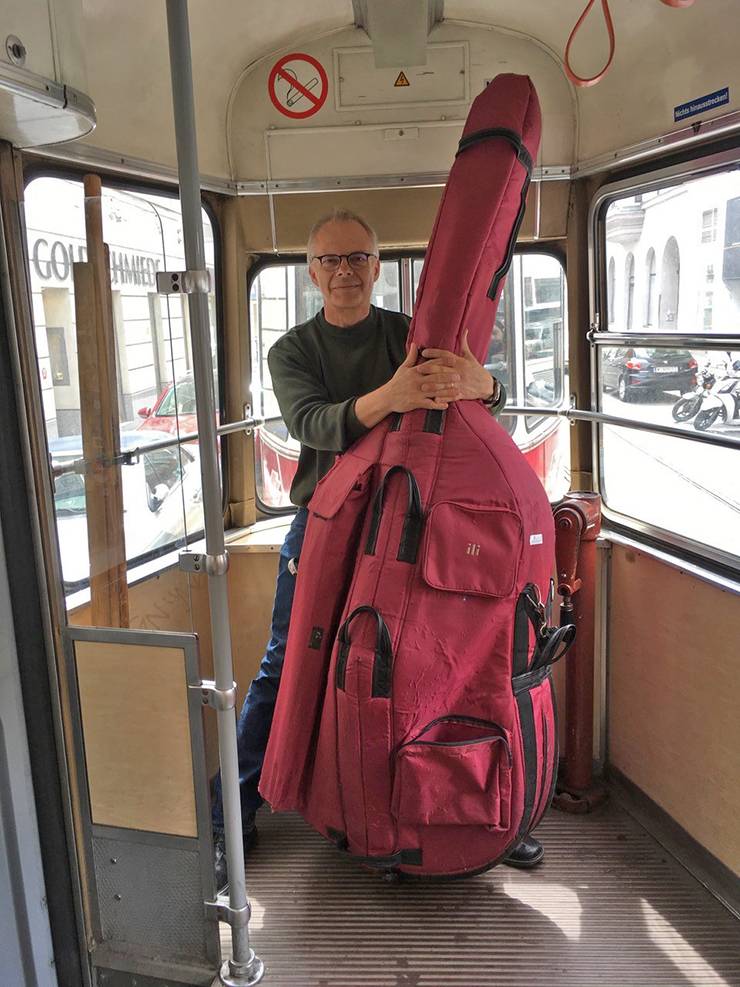 “I’ve done this a few times, so a lot of the tourism draw has dwindled,” Wiesner said.

In addition to his work in Vienna, Wiesner uses his time in Europe to attend conferences and visit a lab in France where Duke researchers have collaborated for years. For Wiesner, summer is a chance to build the collaborative relationships that lead to new ideas to pursue the rest of the year.

“In almost every scientific field that I know of these days, the communities in disciplines and sub-disciplines are international,” Wiesner said. “You write papers with one another, write proposals with one another. These are the colleagues that will be called upon to write tenure letters or review papers and proposals. They’re all part of the community and I think everyone recognizes it’s critical to be actively engaged.”

Teaching Beyond the Classroom 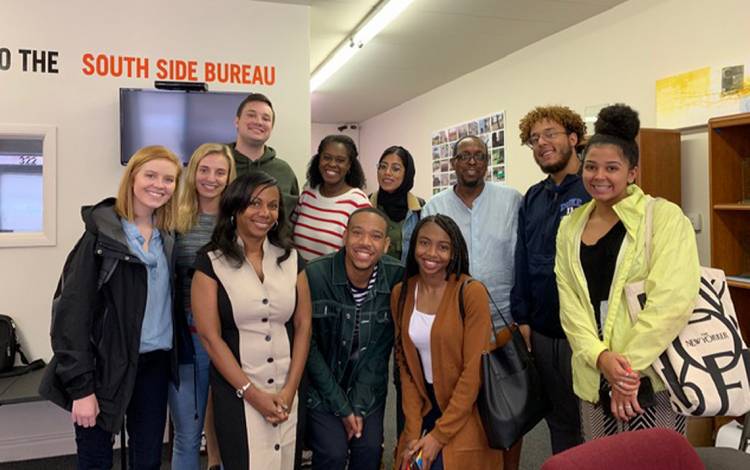 Among the classes taught by Kisha Daniels, an instructor in the Duke Program in Education, one focuses on the confluence of hip-hop, community building and teaching in metropolitan areas.

This summer, seven Duke undergraduate students are getting a chance to experience the lessons taught in that course first-hand as part of a project organized by Daniels and Mark Anthony Neal, the James B. Duke Professor in African and African American Studies. The project, entitled “Connecting Culturally Relevant Pedagogy with Urban Education,” is made possible through DukeEngage, a program that provides students with immersive summer experiences that support community engagement.

The students are spending the summer in Chicago, working with five non-profits aimed at strengthening under-resourced communities.

Students are organizing festivals and aiding advocacy efforts with the Arab American Action Network, helping formerly incarcerated young people find their voice through poetry and music with Circles & Ciphers, recording an album of original music with the Young Chicago Authors, guiding students through their work documenting life in their community through Free Spirit Media and putting together programming for farmers’ market with the Inner-City Muslim Action Network.

“I absolutely love teaching in the classroom, I wouldn’t change that for anything, but as faculty members, we are more than just our classrooms,” Daniels said. “We have projects and ideas that we can’t always play out in a 15-week semester. So the idea that Duke has a program like DukeEngage that gives faculty opportunities to take their content and mix it with creativity and instructional program design to support communities means everything to me.”

With ‘Test-to-Stay,’ Children and Staff Can Safely Remain in School After COVID Exposures