They belonged to one of two rival teams racing to discover an ephemeral building block of nature called the top quark. 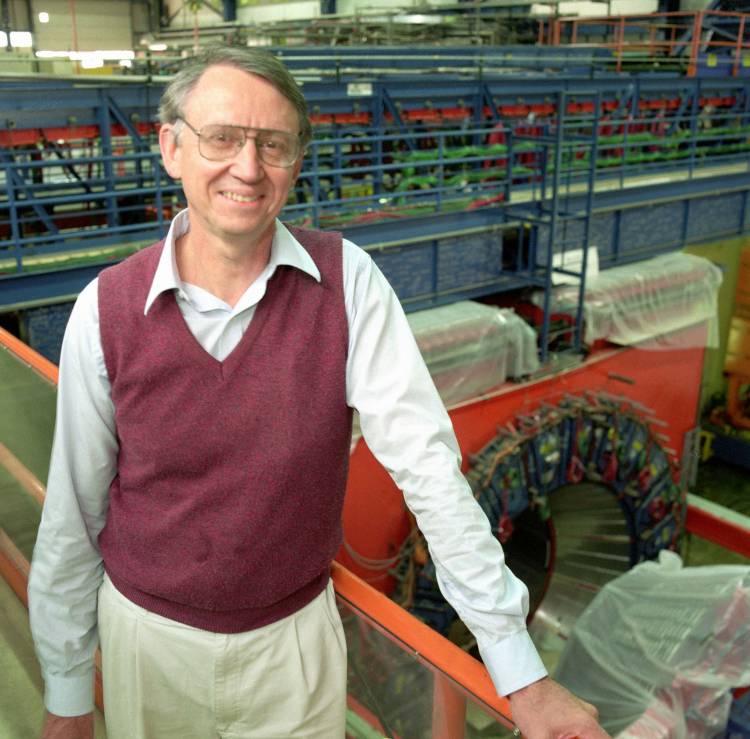 The final missing piece in a puzzle, the top quark was the last undiscovered quark of the six predicted to exist by scientific theory. “This was one of the major discoveries in our field,” said Goshaw, James B. Duke Professor Emeritus of Physics.

In 1995, the two 450-person teams working on a machine near Chicago called the Tevatron -- the world’s most powerful particle accelerator at the time -- jointly announced that they’d found it, capping a nearly 20-year search.

Now, decades after their pioneering work, their groups are being recognized with the 2019 High Energy and Particle Physics Prize, awarded by the European Physical Society at a ceremony in Ghent, Belgium on July 15.

Quarks, a whimsical name borrowed from a line in James Joyce’s “Finnegan’s Wake,” are among the smallest things in the universe. Trillions of times smaller than a grain of sand; smaller than the protons and neutrons of an atom. Akin to the innermost piece of a Russian nesting doll, they represent some of the most basic units at the heart of matter.

Scientists worldwide had been hunting for the top quark ever since 1977, when its partner, the “bottom” quark, was discovered. Physicists then predicted that the top quark would weigh about three times as much as the bottom quark, and thus should be easily produced by the atom smashers then planned or under construction.

But the top quark proved far harder to find than they thought. By the time Goshaw joined the hunt in 1990, multiple experiments at colliders in Europe, the U.S., and Japan had failed to turn up evidence of the top quark, but their models said it had to be there. 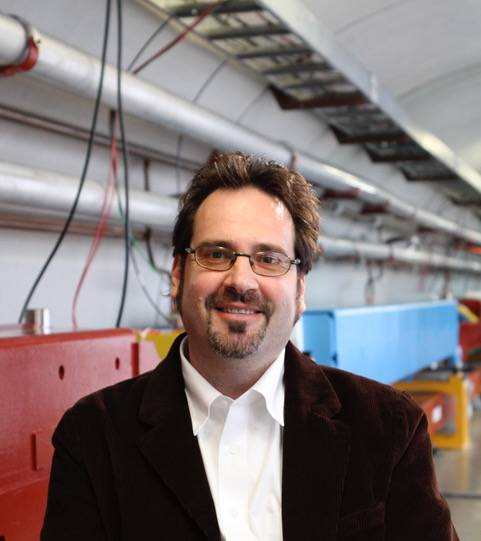 Goshaw and other members of Duke’s high-energy physics group were working on an experiment called CDF at the Tevatron, a circular particle accelerator at the Fermi National Accelerator Laboratory just outside Batavia, Illinois.

There, a giant underground tunnel four miles around served as a sort of racetrack for the particles that make up matter. The machine used electromagnetic fields to send beams of protons and their opposites, antiprotons, hurtling around a ring in opposite directions. The particle beams were accelerated to almost the speed of light, then smashed together and broken to smithereens, the subatomic rubble flying off in all directions.

The top quarks produced by such collisions decay almost instantly into other particles. In less than one septillionth of a second, they’re gone. But the showers of other particles they produce break down in specific ways that can be recorded by detectors before they vanish.

Duke physics professor Mark Kruse was a Ph.D. student at Purdue University at the time, searching for hints of the top quark in one of the several different ways it can decay. “It was an extremely exciting and, I must say, stressful time,” Kruse said.

The Tevatron was able to collide particles at high enough energies to create top quarks, but only rarely. After sifting through millions of collisions, recorded over several years by the machine’s two 5,000-ton detectors, researchers eventually caught a few dozen sightings left by the top quark.

“I can still remember the packed rooms where we started saying: ‘we finally have enough evidence’” to claim a discovery, Goshaw said. “It was standing room only.” 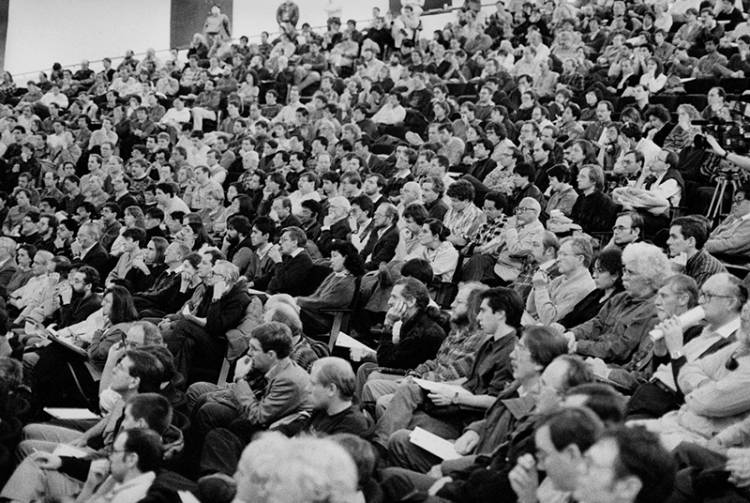 “As soon as our team said we’d publish, then the other team said: ‘us too,’” Goshaw said. “The lab wanted both sets of accumulated evidence to come out together. So it was a simultaneous discovery.”

On April 3, 1995, the CDF team and its rival, an experiment dubbed DZero, published their findings in back-to-back papers in the journal Physical Review Letters, putting the odds that the signal they saw could have been due to something other than the top quark at one to two in a million.

Goshaw and Kruse weren’t the only Duke names listed on the CDF study, whose author list took up three whole pages. Other Duke authors included physics professors Seog Oh and Thomas Phillips, alongside half a dozen Ph.D. students.

Despite its small size, the top quark turned out to be much heftier than expected, finally weighing in at 174 billion electron-volts. That made it the heaviest fundamental particle known: 40 times heavier than the bottom quark. If a proton were a person, the top quark would be akin to the weight of two T. rexes packed into a pinhead.

“That’s why it took so long to find,” Kruse explained. The heavier the subatomic particle, the more collision energy required to produce it. And for years, particle accelerators weren’t yet powerful enough to create a top quark.

After the discovery, Goshaw took a temporary leave of absence from Duke, commuting back and forth from his family’s home in North Carolina to Illinois to serve full-time for six years as CDF co-spokesperson leading up to and during the Tevatron’s second run.

“And this began our search for the Higgs boson,” another mysterious subatomic particle, as well as searches for new particles and forces beyond those predicted by the Standard Model of particle physics, Kruse said.

Duke researchers continued to analyze data from the Tevatron experiments even after the machine was shut down in 2011 and attention shifted to the Large Hadron Collider, an even more powerful European particle accelerator near Geneva. Physics professor Ashutosh Kotwal was one of them, developing techniques to more precisely measure the mass of the top quark and a subatomic particle called the W boson, which together gave hints on where the Higgs boson might be found.

“In my view, the top quark is still the most bizarre fundamental particle that’s been discovered,” Kruse said. “Being the most massive particle, I think it still provides a window to physics beyond the Standard Model. Of course we’ll just have to wait and see.” 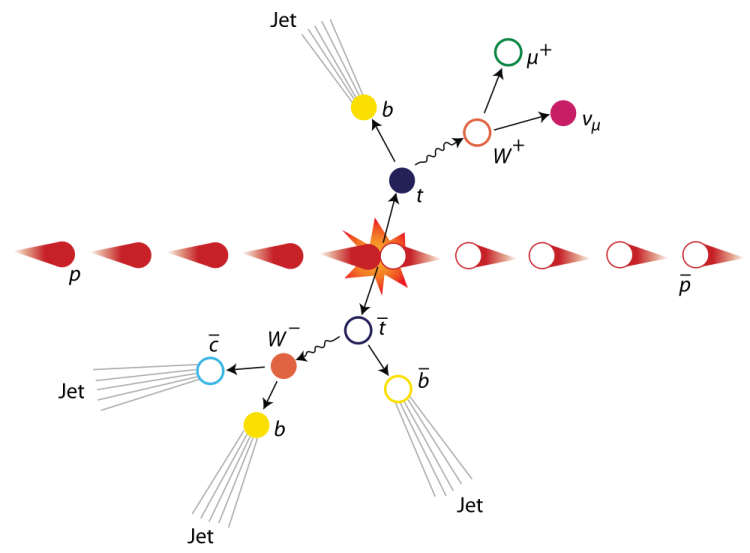 As a Lumbee, Brittany Hunt Is Part of Duke’s Native American Community