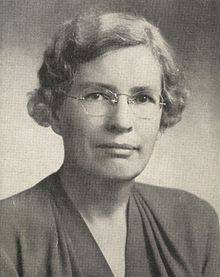 In 1939, Methodist theologian Georgia Harkness stepped into the pulpit at Duke Chapel and shattered a barrier.  The first woman preacher at the Chapel, Harkness opened the doors not just at Duke but with her campaign to legalize women’s ordination in the Methodist church.

In Harkness footsteps, other female ministers have followed. Between 1963 and 2001, more than 75 female ministers preached from the Duke Chapel pulpit.  Now their stories are being told by students in a summer multidisciplinary humanities project called Story+.

Sponsored by the Franklin Humanities Institute (FHI)  and Bass Connections, Story+ is a six-week long summer research experience in the humanities for Duke undergraduates and graduates. Ten small teams of students – with one or two faculty advisers -- work on projects that combine humanities research with compelling storytelling.

The team exploring the history of Duke Chapel preachers is typical of how Story+ and other signature Duke initiatives are rethinking the educational experience by expanding learning beyond the the classroom and giving students research experiences on topics of community interest.

The project, titled “#MyVoiceMyBody,” grapples with how women’s voices have made themselves heard through churches, even in traditional spaces where those voices weren’t always welcomed.

These are the questions both Neal and this Story+ team hopes to answer.  This year, Neal serves as supervisor for three undergrads with co-supervisor Peace Lee, a Duke Divinity School Th.D. candidate.  The team is recovering sermons from women preachers and analyzing the connections between their rhetoric and identities.

There are more sermons to be found: “I had a meeting with the library archive specialists, and there’s still two boxes (of sermons) that’s yet to be digitized,” said Lee.

With  Duke Chapel Records Digital collection, the team will analyze more than 250 sermons from women preachers between the years of  1972 and 2001. At Duke Chapel, at least five to 10 sermons were preached by women a year.

Their ideas are important, but the preaching styles of these ministers are also considered. Neal describes the preaching in many of these sermons as “contemporary, radical and provocative” considering the examined time period.

“At the Divinity School, we’re working on putting together digital exhibitions of these archives,” said Neal. “This will help people make sense of how the sermons are historically intersecting what's happening on the campus, in the broader culture and in religious life,” said Neal.

For the students, the sermons have shown an unexpected side to the church.

“For me, the sermons have been a lot more progressive than I’m used to,” said Ami Wong, team member and English major. “I don't know if that’s the product of the sermons we’re listening to being women, or that it's in Duke Chapel on a university campus.”

One discovery was how many of these women preachers used gender neutral terms when referring to God. “#MyBodyMyVoice” has captured how church history has often been told through male voices, but this team hopes this work will amplify the voices of the many women who have contributed to church history.

The project will also incorporate in-person and digital interviews with women ministers.  Some of these women are still active within the Durham community, such as Paula Gilbert, an ordained minister and director of Duke Continuing Education. Gilbert has preached more than eight sermons in Duke Chapel.

“It’s really been fun in putting together the women that we’re going to study, as we realize some of these women are right here at Duke,” said Lee.

Story+ is within its third year.  Students collaborate in small teams under the supervision of faculty members and grad student mentors.  With 10 projects featured this year, Story+ covers diverse topics using archival content and multimedia visuals.

Story+ may be a first for these students in conducting academic research. Many students hold various backgrounds in journalism to education. Within the campus Smith warehouse, each student brings in their own skill sets while acquiring new ones.

Students will present their works at the Story+ 2019 Research Symposium, Wednesday, June 26, from 12:00-3:30 p.m. at the Ahmadieh Family Lecture Hall in Smith Warehouse’s Bay 4 on campus

Deja Finch is a NC Central student who is working this summer as an intern in University Communications.

Options for Duke Community Members to Get COVID-19 Vaccination