Sometimes the best place for great music is on film. A four-week film series in June will celebrate Black Music Month by showcasing four films about black musical artists or containing iconic soundtracks.

“It’s Black Music Month, so all the films highlight black music,” said Camille Jackson, director of communications for the Department of African & African American Studies. “We’re hoping to attract people from both the Duke and Durham communities for this celebration of black music," Jackson said.

Established by former president Jimmy Carter in 1979, Black Music Month has been a decades long homage to black musical pioneers and artistry.

“Given the now global appeal of African American music and culture, the AAAS film series is an opportunity to celebrate the legacy of black culture and performance, and it's deep connections to both the field of black studies, and the public at large,” said Mark Anthony Neal, department chair for African & African American Studies.

For information and to register to attend, click here. 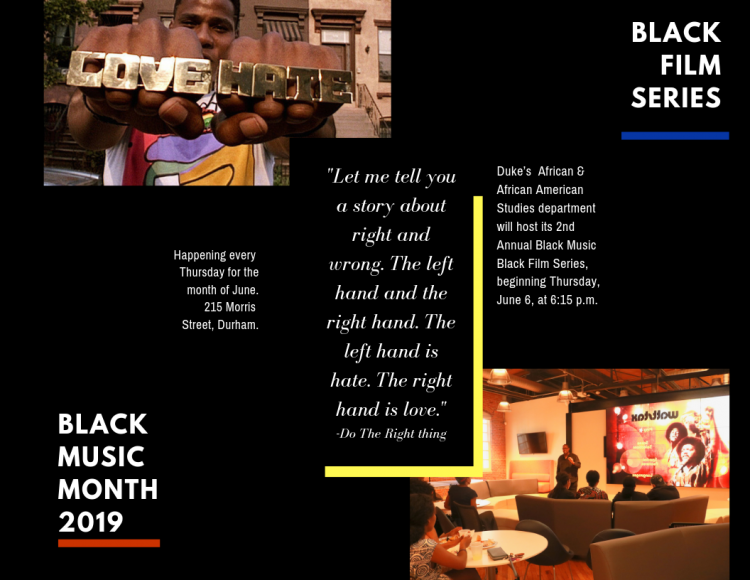