As one of the great medievalist scholars, it made sense that JRR Tolkien would set his Lord of the Rings trilogy in a setting similar to the Middle Ages, where he could play off the songs, culture and lore that he knew so well.  But what of his friend CS Lewis and his Narnia books, or even Ursula LeGuin’s Earthsea trilogy? Even Nobel laureate Kazuo Ishiguro got medieval for his fantasy novel. Why is fantasy literature stuck in the medieval times? 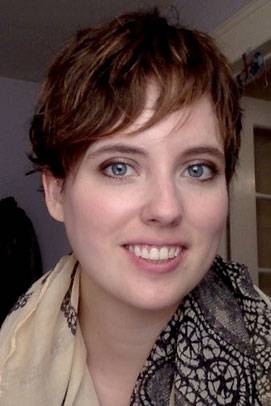 Jessica Hines raised these questions with Duke students while teaching a course on “Game(s) of Thrones: Medieval Literature and Popular Culture,” most recently in Spring 2018.  A specialist in medieval English literature and culture, Hines taught the course while earning her Ph.D. in English here before spending a year as a postdoctoral fellow at Duke’s Center for Medieval and Renaissance Studies. Currently, she is an assistant professor at Birmingham-Southern College, where she taught the GOT course this past fall.

Q:  What is it about medieval life that makes it such a robust source of mythology?

HINES: I think the medieval, or the quasi-medieval world of high fantasy, offers a productive literary space for writers who are uninterested in or who actively resist literary realism. There was a fascinating conversation a few years ago around Kazuo Ishiguro’s fantasy novel set in Arthurian Britain, The Buried Giant. Figures like Ursula K. Le Guin and Neil Gaiman debated the very nature of the fantasy genre. What it all boiled down to was a question of the social and literary work of fantasy.

The most fascinating part for me was a moment in an interview when Ishiguro described how he’d originally considered setting the novel in a more contemporary place like Bosnia or post-WW II France, but he “…wanted to put [the novel] in some setting where people wouldn’t get too literal about it, where they would think, oh, he’s written a book about the disintegration of Yugoslavia or the Middle East.”

“The medieval occupies this pre-literal, pre-realist space for us. It’s a space where the fantastic feels like it could have happened, and, perhaps more importantly, it’s a space that seems steeped in symbol and allegory; where the figures who populate the landscape like dragons and giants can be more than just dragons or giants—they can be allegories for trauma or social disintegration.”
-- Jessica Hines

The medieval occupies this pre-literal, pre-realist space for us. It’s a space where the fantastic feels like it could have happened, and, perhaps more importantly, it’s a space that seems steeped in symbol and allegory; where the figures who populate the landscape like dragons and giants can be more than just dragons or giants—they can be allegories for trauma or social disintegration.

Ishiguro saw the medieval as a productive space for thinking about big, abstract social questions about trauma and collective memory, without the entanglements of literalist historical fiction. And I think we can see the same thing happening, certainly in Narnia or the Lord of the Rings, but also Game of Thrones.

Q: What makes GOT useful as a device to study the culture of the period and the mythology that comes out of it?

HINES: I’m not sure if it’s a great device for studying medieval culture—I think it tells us much more about our own preoccupations than it does about the Middle Ages! However, it’s very helpful in showing continuities between the past and the present.

I tend to teach GOT as an extension of the medieval genre of chivalric literature—literature that’s concerned with the ethics of war, governance and social power. We often think of chivalry or chivalric culture as something from the past; it's that thing where men opens doors for women or where men on horseback battle each other in tournaments. Chivalry was actually a much more complex (and deeply troubled) ethical system based around a central question: how should a person with power, literally a person with a horse and military strength, use that power ethically?

Q. Particularly in the books, GOT explicitly attempts to differentiate itself from the romantic mythology of the period.  How might its reimagining of the period tell us something different about our contemporary times?

HINES: As I read it, GOT’s take no prisoners, leave no one alive, “grittiness” echoes contemporary frustration with our social and political situation. The show and books reflect a fascination with and a kind of despair over the ruthlessness of contemporary politics in which wealthy individuals scrabble after the smallest scraps of power all while ignoring the looming global threat of winter, i.e. climate change and nuclear war.

Q:  How else is GOT useful in your class?

HINES: One of my favorite classes focuses on map-making and world-building. We study maps of Westeros, examine the title credits, and talk about the role of maps in the series: why, for example, does each episode begin by panning across a map? We use this as a spring board for discussing the long cultural history of mapping, particularly as tools for delineating between “civilized” spaces and “non-civilized.”

Studying maps like the amazingly detailed 14th-century Mappa Mundi, we can see how medieval mapmakers imagined themselves at the center of the world and populated the outer edges of the map with the fantastic, strange, and other, often the racialized other. This made maps important tools for crafting social identities. This lets us then circle back to GOT: what kind of world-building and even social and racial marginalizing might those maps be doing?

Q:  Final question: Any thoughts on who you think will end up on the Iron Throne? Anyone you are rooting for?

HINES: Hot pie! In all seriousness, while I’d love for Arya to wind up on top, I think it’s much more likely that the series with go for a dark, cyclical ending with Daenerys on the throne.

Our previous stories in the GOT series include interviews with Professors Robin Kirk, Mohamed Noor and Omid Safi.  You can read them here.

Next week: Leadership, good and bad in Game of Thrones, or what Cersei could learn from the Coach K Center for Leadership and Ethics.

This just in! Duke libraries has acquired an extensive collection of fantasy literature and letters from the archives of the Locus Science Fiction Foundation. Read more here.

LET US KNOW WHAT LESSONS YOU’VE LEARNED FROM GAME OF THRONES.

Send your thoughts of memorable lessons, or how you think it should end.  To which Stark does humanity owe a great debt of gratitude -- Arya or Tony? We’ll publish as many as we can.