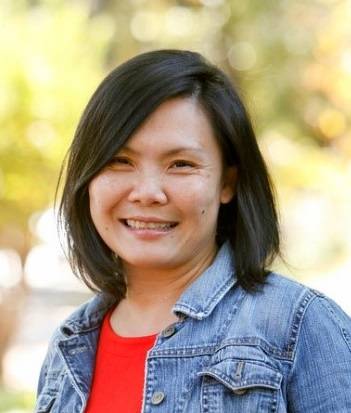 “Game of Thrones,” which ends its eight-season run Sunday, begins with bad leadership and a bad decision. The former comes from a king who would rather hunt and drink than govern, and the latter comes from his close friend, who despite everyone telling him he’s making a mistake, heads South to advise said king. Soon, both men are dead and the realm is in chaos.

The following seasons show a variety of leadership styles, both good and bad. Sanyin Siang is Executive Director of the Fuqua/Coach K Center on Leadership & Ethics (COLE) at Duke. She’s followed the show with an eye as to how the characters on the show have changed and how those changes have affected their leadership.

Below, in an interview with Geoffrey Mock of Duke Today, she discusses leadership in GOT and also how the show reminds us that any fight for a throne may be high-stakes but the consequences are often greatest for the populace. For those who are watching the show, the interview took place last week prior to the penultimate episode.

MOCK: Let’s start with Cersei. If she was in one of your COLE classes, what skills might you try to focus on to help her be better?

SIANG: Cersei is a fighter and is surprisingly resilient.  The question is – to what end?   Effective leaders have a responsibility to serve those whom they lead and put the good of the realm above personal self-interest.  Killing hundreds of people out of revenge against the High Sparrow and the Tyrells and seizing power gets her an F, not to mention her failures of character.

She relies so much on might and power of authority, which might work in the short term, but not long-term.  Lasting power comes from empowering others to serve the best interests of the people of the kingdom.  Assuming that the Game of Thrones is a long game, I’m betting on her to lose.

MOCK: The best leaders change. What does the show tell us about how that happens, and why some change for the better and others learn the wrong lessons?

SIANG: Let’s first define leadership as influence and persuasion rather than one’s position or title.  We are all changing and growing.  One of the best parts about the show is its illustration that everyone is capable of change, for the better or for the worse.

Good leaders not only learn and grow, but also help those around them learn from past failures and successes while remaining disciplined about making good choices in the future.  Two characters’ growth trajectory fascinate in this regard.

Based on Season 1, I would not have expected Sansa Stark to have made it this far.  She was terrible at reading people.  However, by this season, she demonstrates good judgment, and understands who is trustworthy and individuals’ motivations.  For example, compare her siding with Joffrey over Arya in Season 1 (which led to the death of a child and her dire wolf Lady) to her trusting Arya and Brann over Littlefinger in Season 7, which led to the North’s survival.  Also, looking at how she thought through the logistics of feeding the influx of people to Winterfell earlier this season, the welfare of the people of the North are her mission.

“Westeros has been devastated by a series of civil wars and an existential threat in the Night King. I think for that rebuilding to happen, it can’t be the sole domain of any single leader, but a team of leaders all of whom have different strengths. That diversity of strengths (as well as perspectives) calls for those who have been central as well as those who have been on the periphery.”
-- Sanyin Siang

Meanwhile, Daenerys is loaded on fire power (all pun intended).   She went through another trajectory.  She started off unsure of herself, found her voice, gained the love of the Dothraki and after her husband died, took on a leadership role.  Her initial motivations for leading are inspiring – she empathized deeply with the oppressed and wanted to lead to create a more equal society.  Leadership is tough.  Leaders who inspire others to follow them are those who aspire to create a better world than the one that currently exist.

However, in the past two seasons, she seemed to have lost sight of the why behind winning the game of thrones.  As she grew in power, she became more protective of it.  Her sights seemed set on sitting on the Iron Throne, rather than creating a better world through which the throne serves that end.  She has consistently fails to learn one key lesson – it’s easier to conquer in the short-term than to rule in the long-term.

MOCK: Who are the leadership winners and what made them winners?

SIANG: Besides Sansa and Daenerys above, here are some other leadership winners.

Lyanna Mormont.  She’s not afraid to speak the truth – what you see is what you get.  She asks tough questions of those whom she leads, her peers, and of those whom she follows - which is a great example of leading down, laterally, and up. And she leads by example.  She was the smallest soldier and fearlessly took on the biggest giant in the Battle of Winterfell.  To put it simply, she inspires.

Jon Snow – He gets an A on credibility, an A on ability to build trust, but a C when it comes to reading the situation and people.  His adoptive father Ned Stark and brother Robb Stark fails on this last dimension too.   And this failure has had devastating consequences on those whom they lead.

Brienne of Tarth – From a positional power standpoint, it’s easy to put her solely in the category of being a good follower.  However, her authenticity, integrity and loyalty inspire followership – she inspires those around her to become their better selves.

MOCK: The world of Westeros shares a lot of characteristics with our contemporary world – you’ve mentioned both are volatile, uncertain, chaotic and ambiguous. What skills do you see in the show that prove most valuable in such a period?

SIANG: While vision, courage, competence, relating to others and building trust are key elements of leadership in any period, they are necessary but insufficient when dealing with uncertainty and volatility.  Key to prevailing in such a period are helping others make sense of the situations by creating frames of reference, prioritizing for them and helping them to imagine what has yet to be imagined.

My colleagues Professors Sim Sitkin and Allan Lind have categorized these elements in their leadership model under contextual leadership and this type of leadership is often overlooked in practice and under-represented when discussing leadership.  A good example is Daenerys and Jon Snow bringing a wight to demonstrate to those in Kings Landing the type of threat they all face. They made the threat real for those who have yet to imagine what they were up against.  Tyrion Lannister was also brilliant at this.  In his role as a trusted adviser, he helped Daenerys made sense of complex situations that enabled her to leap frog at times her lack of experience.

It’s important to help others make sense of you and your actions as well.   One trap that many leaders fall into, and one that is especially important to mind during such a period when there is churn to your team, is assuming that others are mind readers who come fully aware of all the historical data.   It’s easy to think that what’s obvious to you – such as your good intentions and all the actions you’ve taken to actualize those intentions – are known to others, especially new members of your team.

Let’s take Daenerys for example.  Her intentions and motivations when she took power in Season 2 were inspiring and her actions backed them up.  They led the Unsullied such as Grey Worm and other freed slaves such as Missandei, as well as Jorah Mormont to believe in her, follow her thousands of miles across the sea and to the frozen North to fight for her and her vision.  Because she had proof from their followership that she is a good leader, she stopped doing the work of communicating her vision and building that trust with new prospective subjects.

Now, her decision to kill the Tarlys (Sam’s father and brother) proved to be a costly one.  Sam Tarly did not know Daenerys prior to his meeting with her, he did not know her vision nor her past history.  He interpreted her current actions as pure bids for power in service only to her own interest.  If I were coaching Daenerys, I would advise her to continually articulate her vision, craft and communicate a well-thought out origin and destiny story, and at regular intervals, conduct 360 feedback surveys to identify any gaps between others’ perceptions and her intentions.

MOCK: Finally, fantasy literature has always been filled with kings and queens.  But with a story that is filled of tragic bad leadership that come out of inherited rule, what kind of message is given by the fact that so many people are seeking the “rightful ruler” of Westeros?

SIANG: When the rate of change was slower, times more linear and actions have predictable consequences, that system of a singular leader might have been enough for a period of time.  But in our own world, we’ve seen how that reliance on inherited rule made it a tossup of when you have a remarkable leader such as Elizabeth I of England, and when you have one who lacked the skills to lead such as Louis XVI of France.

And one can argue that WWI was precipitated by the squabbles and divisions of loyalty among cousins, most of whom were related to Queen Victoria.  It goes back to the point that positional and title can augment the ability to get things done, but the trust of those whom one leads still have to be continuously earned.

I’d like to go back to something that you and I had talked about offline.  You had made the comment that “at the end, it’s not so much who is on the throne as just how broken Westeros will be and how tiny that throne will now seem. I can just hope that whoever is there can have the abilities to begin a long process of healing.”  Westeros has been devastated by a series of civil wars and an existential threat in the Night King.  I think for that rebuilding to happen, it can’t be the sole domain of any single leader, but a team of leaders all of whom have different strengths.   That diversity of strengths (as well as perspectives) calls for those who have been central as well as those who have been on the periphery.

I think in our world too, that the effective systems of leadership have to be ones that enables these types of leaders to operate interdependently, communicate relentlessly and with trust in each other - knowing when to follow (cede control) and when to step up (take control).  Wisdom and good judgment will be more important than ever.  It will be less about individual leaders and more about a team of leaders.

See our entire series on Game of Thrones here.