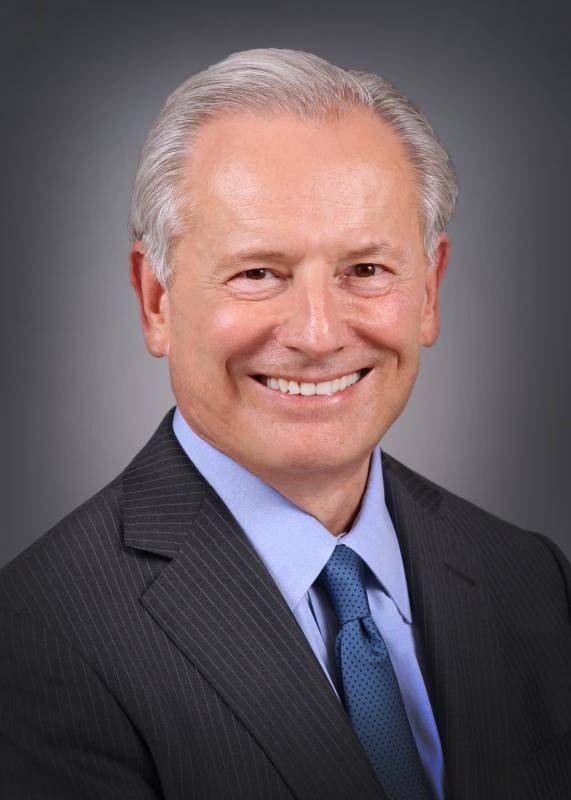 The Duke University Board of Trustees on Saturday re-elected Jack O. Bovender Jr. to a second two-year term as board chair, through 2021.

Bovender, the retired chairman and chief executive officer of HCA Healthcare in Nashville, has been a member the Board of Trustees since 2007 and led the search that brought Vincent E. Price to Duke as the university’s 10th president in 2017. Bovender received his bachelor's degree in psychology from Duke in 1967 and his master's degree in hospital administration in 1969.  He also serves on the board of the Duke University Health System.

At the quarterly meeting preceding Duke’s annual commencement exercises, the board approved the university’s $2.8 billion operating budget and $269 million capital budget for fiscal year 2019-20, which provide for strategic investments in select programs, initiatives and building projects.

The operating budget, which covers the fiscal year beginning July 1, 2019, reflects a 1.3% increase in anticipated expenditures, the lowest level of budgeted growth since the economic downturn 10 years ago. It also calls for a 3.4% increase in total salaries and benefits, including those related to new faculty and staff.

The budget includes the School of Medicine and the School of Nursing but excludes Duke Hospital and other clinical components of the Duke University Health System.

The budget includes an anticipated 5.9% increase in institutional financial aid for undergraduate students, with university support growing to about $185 million.  Half of all Duke students from a wide range of family incomes receive some form of financial assistance from the university this year, making the average net cost for those students receiving need-based aid about $20,000.

The university’s investment in financial aid is expected to grow at a rate greater than the rise in tuition for the coming year, although estimates for financial aid costs in the next academic year will not be known until later in 2019, when financial aid packages for new and returning students are calculated.

Duke is among the few institutions nationally committed to a need-blind admissions policy, under which the university accepts U.S. students without regard to their ability to pay for college and then fully meets their demonstrated financial need, which also includes support for study abroad, summer programs and other components of the undergraduate experience.

Tuition and fees pay for only part of the cost of a Duke education. Other significant sources of support for students include income generated by the university’s endowment and private philanthropy from individuals and foundations.

The trustees also discussed the draft reports submitted by four strategic task forces that were formed last year to advise Price and other university leaders on high-priority initiatives and issues.

The task forces were created to support Price’s strategic framework released in 2018.  Composed of trustees, administrators, faculty and students, the task forces included Activating the Global Network, which focused on opportunities for lifelong learning for Duke alumni; Advancing Duke Science & Technology, to help guide the university’s investment and fundraising efforts in those areas; Next Generation Living & Learning Experience, which reviewed the residential educational environment for undergraduates; and The Future of Central Campus, which assessed the potential uses of the site between Duke’s East and West Campuses following the retirement this summer of the garden-style apartments that had housed students for nearly 50 years.

The information and recommendations developed by the task forces now be incorporated into ongoing strategic planning efforts of the board and the university administration.

Summaries of the task force reports will be made available after they are finalized in the next several weeks.

In other business, the board:

-- approved the construction of a second hot water plant on campus, to be located near the intersection of Towerview and Wannamaker drives on Duke’s West Campus;

-- approved landscape and lighting improvements for the primary and historic entry corridor to West Campus between Chapel Drive and the Chapel Circle;

-- approved a proposal to elevate the Division of Head and Neck Surgery in the School of Medicine to a department;

-- elected Elizabeth Kiss and Michael Marsicano as trustees emeriti upon the conclusion of their second terms on June 30, and recognized departing Young Trustees Erika Moore and Christopher Paul, and former Duke Alumni Association President Jack Boyd, for their service on the board.

-- approved the awarding of degrees to undergraduate, graduate and professional students. Commencement, including an address by trustee and former WNBA President Lisa Borders, begins at 9 a.m. Sunday at Wallace Wade Stadium and is open to the public.

Navigating Fake News: How Americans Should Deal With Misinformation Online