After a spate of racially motivated shootings worldwide in 2016, Duke employees needed a place to grieve. The university responded by organizing a forum attended by more than 100. 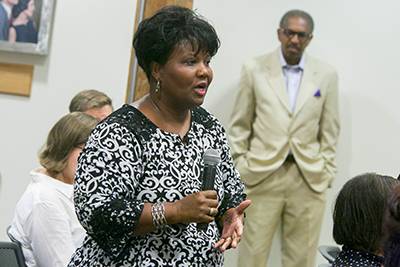 And when a case manager at Duke Raleigh Hospital wanted a better understanding of Buddhist culture to appropriately respond to the family of a deceased patient, she learned from an online toolkit.

“With the leadership of outstanding professionals in this office, we have built a system that has responded to complex and ever-shifting internal and external issues,” says Benjamin D. Reese Jr., Duke’s vice president for institutional equity and chief diversity officer.

After more than 20 years of helping Duke respond to issues around equality and bias, Reese will step down from his post at the end of this academic year.

His most recognizable work at Duke includes tackling campuswide issues ranging from diversity in faculty and staff hiring to the handling of sexual harassment cases. He’s also focused on building an infrastructure around campus that allows faculty, staff and students to engage on issues of diversity and other sensitive topics.

“Thanks to Ben’s visionary leadership, Duke is a more inclusive and equitable campus than it was when he joined OIE,” says Duke President Vincent E. Price. “I am so grateful not only for his efforts to promote diversity and prevent discrimination and misconduct — efforts which include developing standards and trainings that will benefit employees for many years to come — but also for his advice, counsel and friendship over these past several years.”

David Malone, professor of the practice of education and director of undergraduate studies in Duke’s Program in Education, says he’s grown personally from working with Reese on implicit bias issues.

“Working closely with Ben the past few decades has been transformative for me — particularly in the caring yet critical ways he has persistently supported my self-examination of my identity, positionality, privilege and biases,” Malone says.

“Ben has done the same with the university as a whole — challenging us to recognize both our positive evolution as an institution as well as the critical work still ahead of us. We are a stronger community and a more equitable and inclusive place because of Ben Reese.”

Prior to joining OIE in 1996, Reese, a clinical psychologist, worked as associate executive director of the Fifth Ave. Center for Counseling and Psychotherapy in New York City, as ombudsperson for the Rockefeller Foundation and as founder and director of The Institute for the Study of Culture and Ethnicity in Manhattan.

Myrna Adams was vice president for institutional equity at Duke when she hired Reese in 1996. 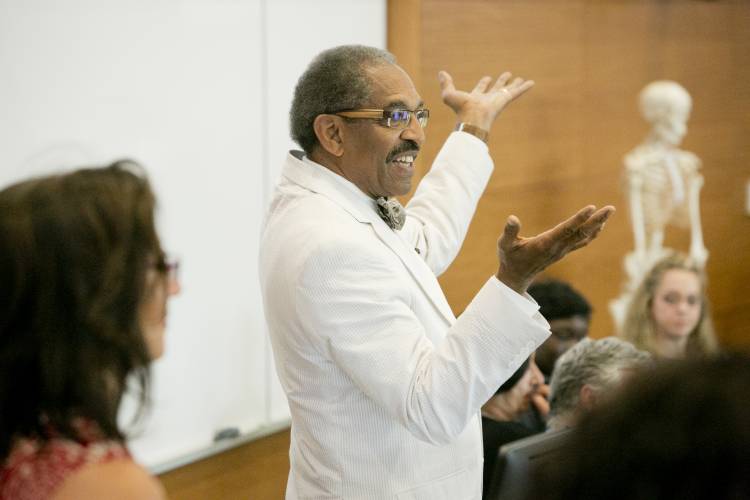 “His academic and professional background, his obvious presentation skills, his ability to serve as an ombudsman and his problem-solving fit the need of this new unit in the administration, with a broad mandate and very limited personnel resources,” Adams recalls.

“Dr. Reese has overseen the expansion of his role and his responsibility with enthusiasm and skill,” she says, noting in particular Reese’s leadership of the Samuel DuBois Cook Society, which recognizes, celebrates and affirms the presence of African-American students, faculty and staff at Duke.

In 2003, Reese was named OIE interim vice president; the title was made permanent two years later by then-President Richard Brodhead. He is also an adjunct faculty member in the Department of Community & Family Medicine.

Reese says he quickly learned that in Duke’s “heavily decentralized system,” there was not one approach or strategy that could be applied everywhere.

“I’ve tried to stay focused on Duke’s values and to create, and in some cases support, existing diversity committees and groups across the institution,” Reese says. 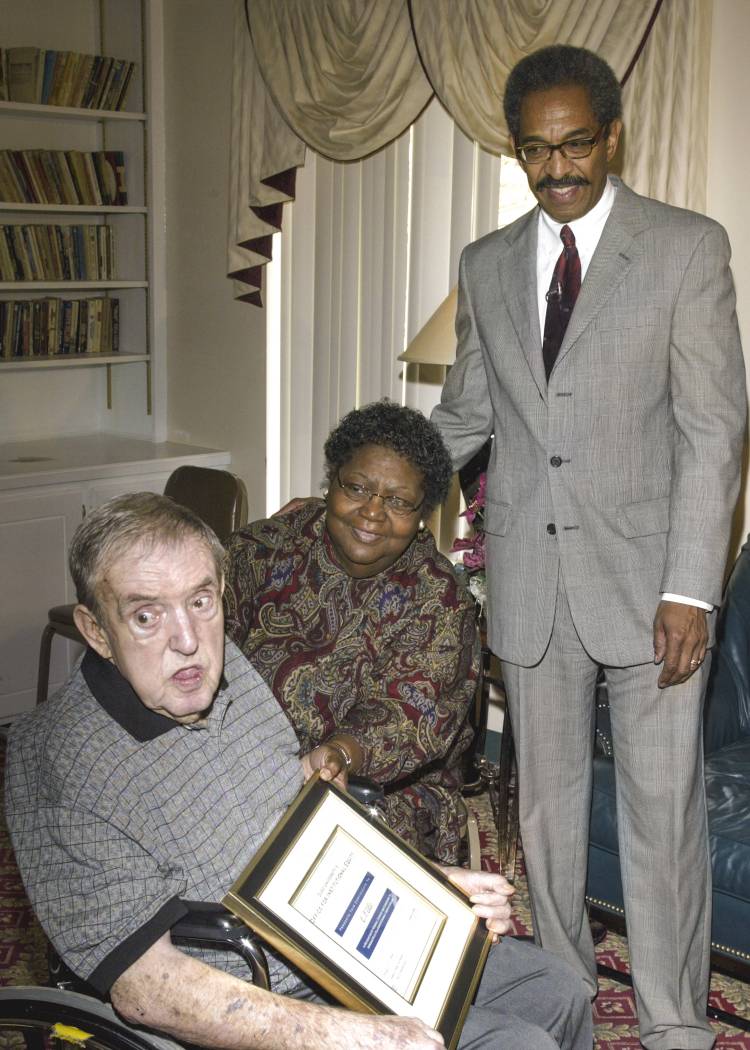 He cites the creation a few years ago of OIE’s Diversity Leaders and Facilitators Group. This group of 35-40 diversity leaders and facilitators from campus and Duke Health meets every couple months to ensure that diversity and inclusion are part of campuswide professional development opportunities.

From his more than 45 years of work, Reese has also become a trusted voice beyond campus, representing both the International Council of Psychologists and the World Federation for Mental Health at the United Nations. He also co-founded the North Carolina Diversity and Inclusion Partners in Higher Education.

About 13 years ago, Reese and 20 chief diversity officers founded the National Association of Diversity Officers in Higher Education. The group now has nearly 900 members and an annual international mission — which Reese started as its president — to exchange ideas with higher education systems in Cuba, Ghana, Bahia and Belize.

At the forefront of Reese’s work has been his ability to help people and organizations recognize and avoid implicit bias.

“Most of us have all these socially appropriate beliefs of fairness and equity, and that is a good thing, but there is always, to some degree, attitudes and beliefs that contribute to our behavior that are out of awareness and are not so positive,” Reese says.

“They might be based on negative stereotypes about blacks, or women, or transgender people. But in spite of my decades of work on implicit bias, I always tell folks that the focus on bias doesn’t absolve us from needing to be aggressive about identifying and shifting structural and systemic issues of racism, sexism, homophobia and all of the other inequities that are so often ‘baked into’ our society. Reducing implicit bias is necessary, but not sufficient, to shift a culture.”

One local group to benefit from Reese’s passion for equity is the Full Frame Documentary Film Festival.

This year Reese received the festival’s Advocate Award, given annually to recognize an individual who exemplifies "the heart, soul and spirit of Full Frame through their leadership and support of the festival.”

Reese voluntarily leads an annual inclusivity workshop for Full Frame staff, volunteers and selection-committee members, guiding them on how to greet and help guests of diverse backgrounds and use inclusive language for festival promotion, among other things.

“We continually benefit from Ben’s great heart coupled with his vast understanding of equity, diversity and inclusion,” says Deirdre Haj, director of the Durham festival. “You see an immediate response in how people work differently.” 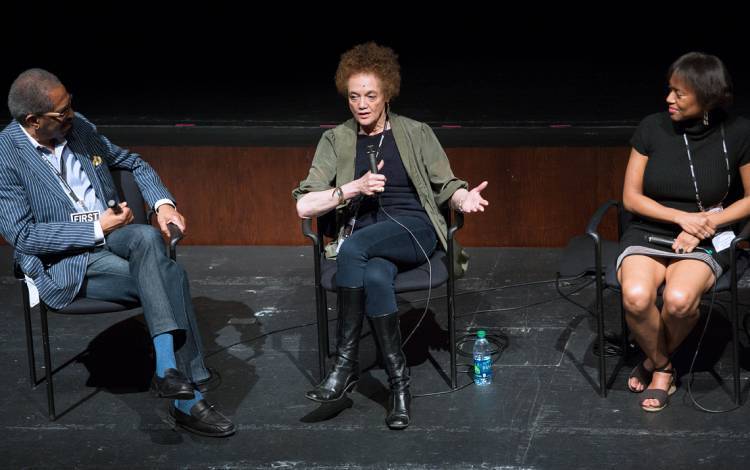 Reese is quick to credit his OIE team for such notable achievements, including institutionalizing one of the “most comprehensive implicit-bias education models of any college or university” and leading or co-leading a number of major institutional events over the last 22 years. Those include Duke’s annual Dr. Martin L. King, Jr. Commemoration, the Samuel DuBois Cook Society, the 50th anniversary of the First Five Black Students at Duke and the Queering Duke History Initiative.

Reese says he is not retiring; rather, he is simply moving on to other activities at Duke and beyond.

“I regularly correct people when they refer to me leaving my position as a ‘retirement,’” says Reese. “I’m just refocusing my life’s work.”

This includes staying involved with the Center for Documentary Studies and Full Frame Festival, and a multitude of consulting gigs on implicit bias, race relations, diversity and inclusion in higher education, health care, corporations, nonprofits and other sectors. His after-Duke plans already include speaking or leading workshops in Ireland, Australia, New Zealand, China and Japan.

“I can’t imagine sitting on a couch, simply reading a book. I read for enjoyment, and to discover how I can contribute to the challenges of this planet.”

And his advice to his successor?

“Remember that you’re at a place that exists in a vibrant, diverse community — Durham.  Get involved — deeply involved. Durham involvement might not be a line in your formal job description, but believe me, you’ll grow personally and professionally through this engagement, and hopefully make some important contributions.”

Fun Things to Do (at a Distance) This Summer

Listen to live music, explore the outdoors and view a virtual film festival