From “John the Baptist in history and theology” to 18th-century explorer John Lawson and the key human aspects of education to a radical reconsideration of how we develop the qualities that make us human, Duke authors are providing a number of good reads for the winter months.

Below, we offer a roundup of titles worthy of attention.

Many of the books, including new editions of previous titles, can be found on the "Duke Authors" display shelves near the circulation desk in Perkins Library. Some are available as e-books for quick download. Most can also be purchased through the Gothic Bookshop.

[Duke Today will provide similar updates in the future. If you are a member of the Duke faculty or staff who will be publishing a book of interest to a general audience, send us a message about it along with your publisher's brief description.]

Where to Find These Books

Many of these books are available in Duke University Libraries or at The Gothic Bookshop. To learn more about the books, we've made this Regulator Bookshop playlist.

Among the contributors to this comprehensive text that bridges health care and theology are seven Duke faculty members, as well as a postdoctoral associate and Th.D. candidate, both at Duke Divinity School. These writers provide case examples and highlight best practices when engaging religion/spirituality within clinical practice.

When China’s War of Resistance against Japan began in July 1937, it sparked a health crisis throughout China that was instrumental in creating national cohesion. In her book, Barnes, Andrew W. Mellon Assistant Professor of History and Gender, Sexuality and Feminist Studies, argues that women who worked as military and civilian nurses, doctors and midwives during this turbulent period built the national community, one relationship at a time. A free e-book version of this title is available at luminosoa.org.

In his new book, Duke musicologist Thomas Brothers shows why the Beatles and Duke Ellington were two of the greatest examples of collaboration in music history. He argues that a cooperative dynamic was the primary reason for their success and longevity, allowing them to be greater than the sum of their parts. 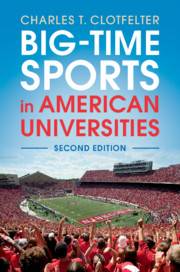 This new edition of his influential book, Sanford School Professor Clotfelter continues to examine the role of athletics in American universities, building on his argument that commercial sports have become a core function of the universities that engage in them. Drawing on recent scandals on large-scale college campuses and updates on several high-profile court cases, Clotfelter brings economic analysis to the variety of problems that sports raise for university and public policy.

Daniels, an instructor of education, helps make the case for the importance of the human aspects of education. Topics include service learning, ethics of care and student mental health.

Duara, a professor of East Asian Studies, explores the local and global influences shaping the Asian giants of China and India. With a comparative approach, the focus is on labor relations; legal reform and rights protest; public goods provision; and transnational migration and investment.

Filling a gap in the literature, this evidence-based resource covers thyroid disease and its effects on reproduction and fertility. Eaton is medical director of assisted reproductive technology at the Duke Fertility Center. 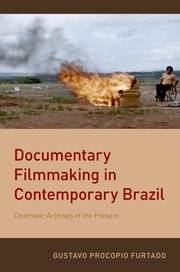 Furtado, assistant professor of Romance studies, explores the affinity between documentary and archive in this first book in English on the field of documentary filmmaking in Brazil. He has included two chapters on indigenous issues.

Building on his pioneering work, Gereffi, a professor emeritus of sociology and director of Duke’s Global Value Chains Center, traces the emergence of arguably the most influential approach used to analyze globalization and its impacts.

Kuller, professor of obstetrics and gynecology, is senior author of chapters on “Human Genetics and Patterns of Inheritance” and “Molecular Genetic Technologies.” Gilner, an assistant professor is first author of the molecular genetic technologies chapter. 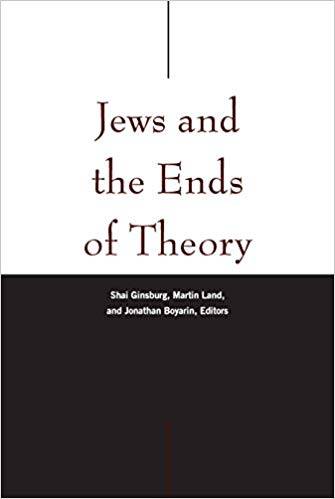 Theory has often been coded as “Jewish” -- not merely because Jewish intellectuals have been central participants, but also, Ginsburg’s book argues, because certain problematics of modern Jewishness enrich theoretical questions across the humanities. Ginsburg is an associate professor in the Department of Asian and Middle Eastern Studies.

In her forthcoming book, assistant professor of political science Ashley Jardina finds white identity is distinct from racial animus, and that whites can be concerned about their status without harboring much hostility against non-whites.

Jaskot, a professor of art history, collects 13 essays representing the forefront of current research on the Holocaust in a range of disciplines.

Robin Kirk’s work as a human rights advocate and activist informs the story in her new sci-fi book, “The Bond,” in which she digs into genetically modified and designed creatures (including people). Kirk, the faculty co-chair of the Duke Human Rights Center at the Franklin Humanities Institute, recently talked about her debut novel with Vermont College’s Through the Tollbooth blog.

Through an examination of intimate relationships within indenture narratives, Klein, a lecturer in the Thompson Writing Program, traces the oppressive ideologies of gender, ethnicity and class that developed under imperialism and indenture and that continue to impact the Caribbean today.

Kreider, an assistant professor in the School of Nursing, wrote the chapter, “Anatomy and Physiology of the Pituitary Gland.” 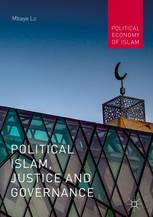 The associate professor of the practice of Asian and Middle Eastern Studies examines political Islam's failure to govern because of the conflict between neo-liberalism and individual freedom and the Islamic emphasis on a stultified concept of justice.

Joel Marcus: “John the Baptist in History and Theology” Studies on Personalities of the New Testament (University of South Carolina Press)

Marcus, a professor of New Testament and Christian origins at Duke Divinity School, uses biblical and extra-biblical sources, such as the historian Josephus, to argue that John the Baptist saw himself, not Jesus, as the end-time prophet who would inaugurate God's kingdom on earth.

If we want girls to succeed, we need to teach them the audacity to transgress, says scholar-activist Sally Nuamah, an assistant professor at the Sanford School of Public Policy. Through the lives of students at three very different schools in the United States, Ghana and South Africa, Nuamah makes the case for “feminist schools” that orient girls toward a lifetime of achievement.

This volume is the first English translation of German language poems in the arrangement Rilke had set down in 1926. Need, a lecturing fellow of religion, has published two other books -- a translation and essays on Rainer Maria Rilke, and a selection of Need’s own poetry, including a long poem set alongside the Gospel of Mark.

From a professor at the Sanford School of Public Policy and his collaborators, the first substantive review of environmental macroeconomics. The book answers key policy questions facing environmental agencies in developed and developing economies.

Drawing on contributions to a 2016 conference held in Weimar, Germany, Pickford, an associate professor in the departments of Germanic Languages and Literature and Philosophy, brings together essays from different traditions within critical thinking, offering new perspectives for social theory.

In a volume that aims to challenge academic and ecclesiastical complacency, Portier-Young, an associate professor of Old Testament at Duke Divinity School, has helped to gather essays providing a panoramic view of current thinking on biblical texts that play important roles in contemporary struggles for social justice -- either as inspiration or impediment.

Luke A. Powery: “Were You There?: Lenten Reflections on the Spirituals” (Westminster John Knox Press)

In these devotions for the season of Lent, the Duke University Chapel dean leads the reader through the African American spirituals, valuable not only for their sublime musical expression but for their profound insights into the human condition and Christian life.

Quinn, professor emeritus of cultural anthropology, provides a needed synthesis of the current directions in culture theory, which is rendered as a jigsaw puzzle. The book identifies where current research fits together, the missing pieces, and the straight edges that frame the bigger picture. 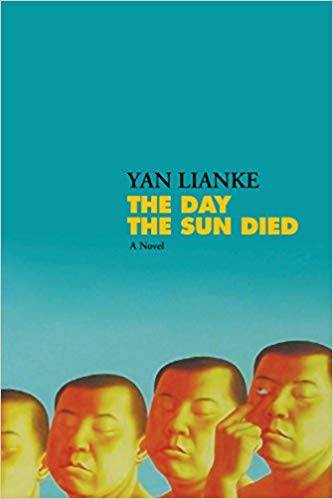 This new translation by a professor of Asian and Middle Eastern Studies has been named a Best Fiction in Translation of 2018 selection by Kirkus Reviews. The New York Times Book Review says Yan’s “gripping” 2015 Taiwan-published novel, “superbly” translated by Rojas, is likely to now find many more readers.

Margaret Sartor and Alex Harris, co-editors: “Where We Find Ourselves: The Photographs of Hugh Mangum, 1897–1922” (University of North Carolina Press, Feb. 4)

Self-taught photographer Hugh Mangum was born in 1877 in Durham, as its burgeoning tobacco economy put the frontier-like boomtown on the map. As an itinerant portraitist working primarily in North Carolina and Virginia during the rise of Jim Crow, Mangum welcomed into his temporary studios a clientele that was both racially and economically diverse. “Where We Find Ourselves,” published in association with Duke’s Center for Documentary Studies (CDS), presents images that hint at unexpected relationships and histories. Margaret Sartor is a writer, photographer and instructor at the CDS. Alex Harris is a professor of the practice at CDS and in the Sanford School of Public Policy. Read more about a Nasher Museum exhibit of the photos.

China is in the midst of transitioning from a manufacturing-based economy to one driven by innovation and knowledge. This analysis co-authored by the executive vice chancellor at Duke Kunshan University evaluates China's state-led approach to science and technology, and its successes and failures. 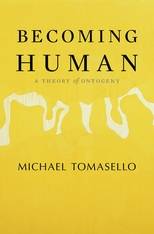 Based on decades of experimental work, psychology professor Michael Tomasello, the former director of the Max Planck Institute for Evolutionary Anthropology, presents a radical reconsideration of how we develop the qualities that make us human. Building on the seminal ideas of Soviet psychologist Lev Vygotsky, Tomasello’s data-driven model explains how those things that make us most human are constructed during the first years of a child’s life. “Becoming Human” places human sociocultural activity within the framework of modern evolutionary theory, and shows how biology creates the conditions under which culture does its work.

Ward, a professor emeritus who established at Duke a research lab of graduate and undergraduate students focusing on conflict prediction, is the co-author of this advanced text in applied statistics and methodology. Ward is one of the first political scientists to focus on the role of prediction in scholarly and policy work.