This fall, New York Times deputy op-ed editor Clay Risen advised a Duke audience about what he looks for when reviewing opinion submissions.

“Readers should feel enriched after reading a good op-ed,” Risen said. “… After reading it they may think, ‘I’ve never heard that, that’s an interesting way to look at thing.’”

Duke faculty channeled Risen’s advice in 2018, placing hundreds of op-eds in leading publications – from The Washington Post and The Los Angeles Times to Vox and Salon, and more.

Many of their op-eds were tied to current events. For instance, Sanford professor Anna Gassman-Pines and Ph.D. student Laura Bellows examined what proposed cuts to SNAP benefits might mean for children, while global health professor Gavin Yamey explored what proposed cuts to the CDC might mean for containing pandemics. Psychiatry professor Jeffrey Swanson’s op-ed on the use of risk warrants to prevent shooting tragedies was picked up by four newspapers, and helped land him a spot on NPR and an appearance at a Capitol Hill news briefing.

Some essays, on the other hand, were personal as well as timely. 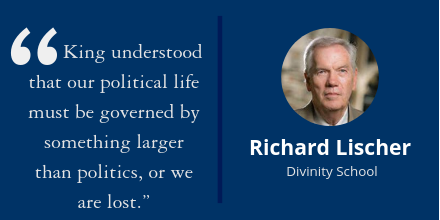 Faculty research also laid the groundwork for engaging op-eds, such as Sanford professor Christina Gibson-Davis’ piece on the family wealth gap and sociology professor Chris Bail’s op-ed about about political polarization, both of which ran in The New York Times.

Scott Lindroth, vice provost for the arts, articulated Duke’s commitment to integrating artistic practice with academic inquiry in this elegant op-ed published in The Washington Post.

Of course, there’s no substitute for being “the expert” on a topic. After the Justice Department cited Tim Tyson’s book about Emmitt Till’s lynching as a reason to re-open its investigation, Tyson used the occasion to write about what justice might look like in a case that dates back to 1955.

This is just a small sampling of Duke faculty op-eds that were published this year. To see more, visit the opinions page on Duke Today.

What We've Learned About Coronavirus

Infectious disease experts on the spread, the science and the scenarios for the virus