Three Duke University seniors were among the 32 recipients selected this weekend for prestigious Rhodes Scholarships. 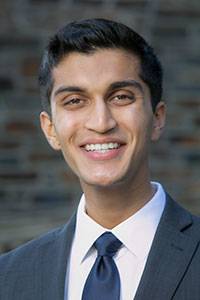 Kushal Kadakia from Houston, Ariel Kantor from Chapel Hill, North Carolina, and Claire Wang from North Salt Lake, Utah, were chosen from among 880 applicants at 281 colleges and universities throughout the country. They are the 47th, 48th and 49th students in Duke’s history to receive Rhodes Scholarships, which provide for all expenses for two or three years of study at the University of Oxford in England.

This marks the third time that Duke has had three Rhodes Scholars in one year.

“Outside of my office is a board that honors all of Duke’s Rhodes Scholars dating back to 1917, students who excelled at Duke and have gone on to pursue accomplished careers. I am so delighted to add three incredibly qualified Blue Devils to that distinguished list,” said Duke President Vincent E. Price. “From their engagement in the community to their exceptional success in the classroom, Ariel, Claire and Kushal have demonstrated at Duke a commitment to leadership, service and excellence. As they move on to Oxford, we are proud that they will be lifelong members of the Duke family.”

Kadakia, a 2018 Harry S. Truman Scholarship winner, is the recipient of a four-year, merit-based Angier B. Duke Scholarship and is a member of Phi Beta Kappa academic honor society. He is also one of three 2018 Faculty Scholars in the Duke senior class, an honor bestowed by the Duke faculty on the basis of excellence in the classroom and in independent research.

Kadakia is preparing for a career in medicine and public policy by completing the requirements for medical school as well as double majoring in biology and public policy, with a minor in public health. He led the successful campaign to make Duke a smoke-free campus and has been involved with research through four different positions -- one in health policy, one in innovation policy, one in a cardiology laboratory and one in a radiation oncology laboratory.

In addition, Kadakia served as Duke Student Government vice president and as chair of the Duke Honor Council, and is a member of the Duke University Board of Trustees, the Duke Presidential Advisory Committee on Investment Responsibility, and the Duke Undergraduate Conduct Board.

Kadakia is committed to pursuing research and policy to make health care access more equitable, and as a Rhodes Scholar he plans to pursue graduate studies in medicine and public policy. Eventually, he intends to enter public service and apply his clinical and policy training to transform health care at the macro level.

“I am beyond humbled to have been elected a 2019 Rhodes Scholar,” Kadakia said. “I am forever thankful to my village of friends and mentors at Duke who have challenged and inspired me over these past three years. I look forward to embracing the Rhodes Scholarship’s mission to ‘fight the world's fight’ through scholarship and service in health policy.” 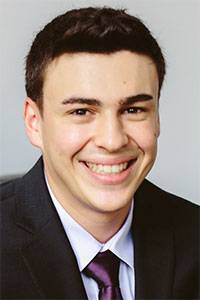 Working toward a career in gene engineering and translational medicine, Kantor pursued a self-designed major at Duke that focused on the intersection of bioengineering, policy and the business of biotechnology. Under the supervision of professor Susanne Haga in the Duke Center for Applied Genomics and Precision Medicine, Kantor’s research for his senior thesis examined developing technology-based therapies for orphan diseases. His work has resulted in four publications, including one in which he is listed as first author.

Kantor began exploring the applications of gene therapy as a high school student working at the University of North Carolina-Chapel Hill. As an undergraduate at Duke, he continued gene engineering research in the lab of professor Charlie Gersbach, a leader in genome editing using Crispr/Cas9 technology.

Motivated by his family’s emigration experience from Israel and Eastern Europe, Kantor also works on human rights and violence prevention. His work with the Duke Human Rights Center includes hosting programming that sheds light on human rights violations and facilitating dialogue around issues of religion and violence.

“I cannot articulate how honored and humbled I am to have been selected as a Rhodes Scholar,” Kantor said. “I am so thankful for my family, friends, mentors, advisers and everyone who made this possible.” 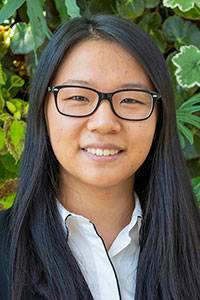 Wang was recently awarded two other prestigious scholarships -- the 2018 Harry S. Truman Scholarship and the 2018 Morris K and Stewart L. Udall Scholarship. She is the recipient of a four-year, merit-based Angier B. Duke Scholarship, a member of Phi Beta Kappa academic honor society, and this past spring was recognized with Duke's Outstanding Leadership in Sustainability - Student Award.

Wang, an environmental science and policy major with minors in economics and Asian and Middle Eastern studies, has devoted her extracurricular time to environmental activism. Growing up in Utah, she lived just minutes away from oil refineries and experienced dangerous levels of air pollution during the winter, which made her realize early on the harms associated with fossil fuel dependence.

In high school, she began working with Utah Clean Energy, and assisted in the launch of a national campaign for the Sierra Club called “Seize the Grid,” which organized students to push for 100 percent renewable energy on college and university campuses. The Sierra Club later modeled a campaign for city governments on the successful student campaign, and so far 50 cities have committed themselves to 100 percent renewables in the near future.

In college, Wang focused her organizing efforts as president of the student organization Duke Climate Coalition to encourage Duke to lead on climate action. In her time at Duke, she had worked with students, faculty, administrators and community members to secure Duke’s public support of North Carolina renewable energy policy reform and to stop a natural gas plant proposed to be built on campus.

“I am overjoyed for the opportunity to study at Oxford as a Rhodes Scholar and continue working for climate action in the US and abroad,” Wang said.

Rhodes Scholarships were created in 1902 by the will of British philanthropist Cecil Rhodes. Recipients are selected on the basis of high academic achievement, personal integrity, leadership potential and a commitment to service, among other attributes.

The value of the Rhodes Scholarship varies depending on the academic field, and the degree (bachelor’s, master's, doctoral) chosen. The Rhodes Trust pays all college and university fees, provides a stipend to cover necessary expenses while in residence in Oxford and during vacations, and transportation to and from England.

A complete list of this year's recipients is online at http://www.rhodesscholar.org.