Duke University’s growing connection with the military comes through its student body, faculty and staff and can be found in the classroom and in research. With the establishment of a regional office for MD5, the Pentagon’s national security technology accelerator, in Durham this summer and the kickoff of its Hacking for Defense (H4D) program at Duke in Spring 2019, Duke students and faculty have new avenues to work with Defense Department officials to develop their most pressing national security need: innovation.

The Office of Government Relations recently spoke with Tommy Sowers, Southeast Regional Director of MD5 and visiting professor at Duke's Sanford School of Public Policy. He discussed the Hacking for Defense project and the next generation of American innovation superiority. 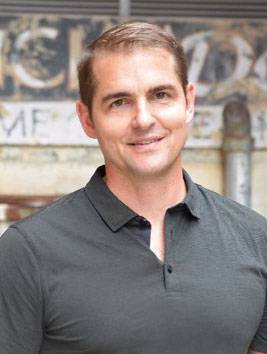 1) What is Hacking for Defense?

Hacking for Defense teaches students how to build a startup to solve a national security problem. It is a semester-long graduate-level university course designed to introduce students to the lean launchpad methodology for entrepreneurship and to apply what they learn to real-world national security problems. First introduced at Stanford, the course was co-created by Steve Blank and Peter Newell. It is grounded in the customer development methodology created by Blank and problem-curation techniques Newell devised when he was head of the Army's Rapid Equipping Force. Student teams form around national security problem statements procured for the course from Department of Defense problem sponsors.

More than 25 universities have adopted the course since it launched in 2016. Teams develop a hypothesis for a solution to the sponsor’s problem and then test their hypothesis in customer interviews. They spend much of the course articulating, testing and refining their hypothesis. The culmination of the course involves presenting the results of the student team’s testing of the solution hypothesis during 100-plus customer interviews. Students learn a systematic approach to practical problem-solving in the context of product/solution development. Department of Defense problem sponsors benefit from the application of new ways of thinking brought to bear from some of our nation’s brightest young minds.

2) What is MD5 and why did the Pentagon decide to open a regional office in Durham?

MD5 is a program office out of the Office of the Secretary of Defense and is an innovation organization whose purpose is to build new communities of innovators to solve urgent problems of national security. We are building a network of problem-solvers from the communities of the Department of Defense, the nation’s top research universities and the venture economy. Our fundamental premise is that technological superiority alone is not an adequate strategy to maintaining our competitive posture and preparedness in the context of the democratization of technology and intellectual property.

We believe that the Department of Defense needs to have access to a persistent problem-solving resource that is characterized by a cognitive diversity and agility not presently available within DOD alone. Our national strategy for building these new communities is prosecuted at the national level via institutional partnerships with major research universities such as MIT, Columbia, CU Boulder, UC Berkeley, Stanford and most lately at Duke.

“Enlisting the ingenuity and fresh perspectives of those in academia is vital to maintaining advantage for those defending our nation.”
-- Tommy Sowers

The Triangle area is rich in talent and offers access to one of the nation’s burgeoning entrepreneurial ecosystems alongside world-class public and private research universities. It is also a target-rich environment for building and connecting new communities of innovators. The military is North Carolina's second largest industry (just behind agriculture), and we have found a very receptive environment amongst the state's public leadership.

3) What are some of the biggest innovation challenges facing the Pentagon?

The problems facing the Department of Defense are myriad, and have areas of increasing overlap with the innovation challenges faced by commercial enterprise more broadly. Technological innovation in areas such as cybersecurity, artificial intelligence, robotics and advanced logistics have application not only to defense problems but have commercial value as well. This is why we are strong advocates of both dual-use technology strategies (products and solutions that can equally serve commercial and defense markets) and the development of dual-use startup ventures. Startups represent a powerful model for problem-solving that offer speed, agility and the efficient consumption of resources.

However, the most important challenge facing the Department of Defense is its need to reliably and productively connect with non-traditional problem solvers. There was a time when the DOD could sufficiently direct the resources necessary to maintaining a competitive posture with its peers and adversaries. However, both the diffusion of talent into the entrepreneurial sector of the economy and the innovativeness and agility of adversaries unconstrained by rule of law and institutional norms have fundamentally altered the terrain of national security. The most important challenge facing the DOD, therefore, is to build a persistent problem-solving network that can sustainably meet the challenges that are generated by conditions of global uncertainty.

“If we intend to build a strong and sustainable national security innovation base, collaborating with those beyond the ‘walls’ of the DOD isn’t a nice-to-have, it’s a need-to-have.”
-- Tommy Sowers

4) Besides H4D, what are ways in which academia can collaborate with and/or support the mission of MD5?

The other major program through which we engage with universities, their students and faculties, are our hackathons. These are three-day long “collision” events, which are organized around a challenge statement. Recent examples include developing techniques to counter the malicious use of drones and the problems confronted by those who maintain critical infrastructure and must guard against vulnerability to cyber-attacks.

The hackathon events are often staged on university campuses or in partnership with relevant university departments and seek to draw on university student talent. These events also provide opportunity for the university community to engage with innovators in the Department of Defense as well as those from industry and the entrepreneurial sector.

We advise Duke students to approach the opportunity to work on national security problems with an open mind. We consistently find that students find not only a sense of challenge in these collaboration opportunities, but also a sense of purpose in solving problems that can have lifesaving importance.

To those in DOD, we suggest that enlisting the ingenuity and fresh perspectives of those in academia is vital to maintaining advantage for those defending our nation. If we intend to build a strong and sustainable national security innovation base, collaborating with those beyond the “walls” of the DOD isn’t a nice-to-have, it’s a need-to-have.

How to Welcome New Colleagues to Duke